New Mini the most powerful yet

THE new John Cooper Works edition Mini manages to up the power and performance considerably, but without compromising on creature comforts.

Mini actually introduced this car in concept version at the Detroit motor show back in January, so its exterior styling doesn’t come as a surprise. However, what will make people sit up and take note is what the company’s engineers have achieved with those parts that lurk beneath the air-scooped hood and behind the flared wheel arches.

The John Cooper Works edition has been a staple of the Mini line-up for over a decade, and the third and latest version is the most potent yet.

In fact, it is the most powerful production Mini ever to roll off the line. Its two-litre, four-cylinder turbocharged engine offers 231hp, a top speed of 246kph and a 0 to 100kph time of just 6.1 seconds when mated to the optional six-speed Steptronic sports transmission.

With the standard six-speed manual, you’ll feel more involved, but the 0 to 100kph time is 0.2 seconds slower. But keen drivers won’t notice this lag. They’ll be too busy having fun.

It’s easy to make a small, front-wheel drive car go fast in a straight line, but the Mini has always been about go-kart-like handling, hugging bends and manoeuvrability.

The car has a clever electronic differential lock control to stop the engine dictating the direction of travel. Mini has also gone with an electromechanical power steering set-up so that the car is even more responsive to each turn or twist of the wheel. And to make sure it stops as quickly as it goes, the car gets a newly developed Brembo brake system.

The Mini’s interior hasn’t been stripped back to Spartan levels in order to cut weight or give a sporty feel. Yes, it does get special John Cooper Works seats, a slightly smaller, multi-function steering wheel, and stainless steel pedals. But it also gets all of the refinements of the standard car. 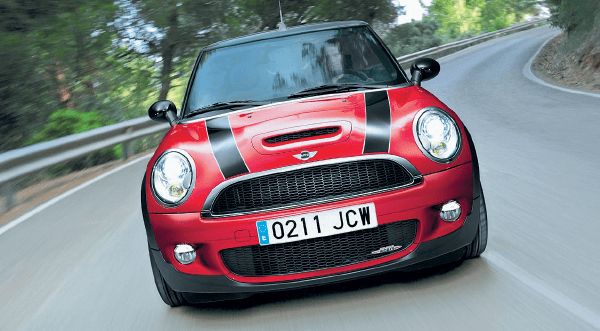