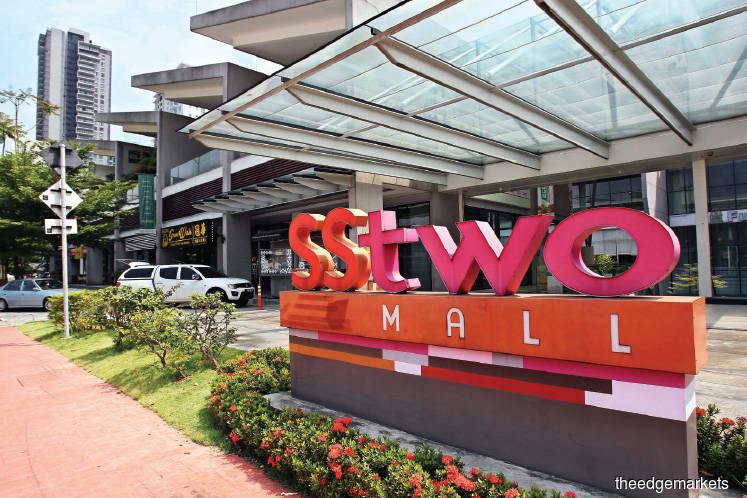 KUALA LUMPUR: AsiaMalls Sdn Bhd, which has been seeking a buyer for SStwo Mall in Petaling Jaya for about three years, is understood to have finally found one.

According to sources, the suburban shopping centre has been bought by Puchong-based DK Group of Companies for an estimated RM180 million.

The Edge Financial Daily learnt that the deal was completed at the end of July.

Sources said the mall was sold at below what the owner had sought at between RM200 million and RM250 million, but at par with its construction cost.

When contacted, a representative from DK-MY Properties Sdn Bhd, the property arm of DK Group of Companies, said it was still too early to disclose the terms of the sale and its plans for the mall.

SStwo Mall was permanently closed in March 2015 due to poor performance.

It was reported then that the owner planned to undertake a redevelopment and rebranding exercise. Initial reports indicated that the owner had planned to redevelop the mall by demolishing a portion of the structure and building a serviced apartment block.

Subsequently, it was decided that the asset would be sold. In 2016, The Edge Malaysia weekly reported that the owner had, apart from selling the asset outright, considered the option of forging a joint venture or even an asset swap.

The mall opened for business in 2010 and closed down less than four-and-a-half years later.

A search with the Companies Commission of Malaysia (SSM) showed that SStwo Mall Sdn Bhd has not filed its financials since its closure in 2015. Based on the last available submission to SSM, the company made a loss each year since its opening and chalked up accumulated losses of RM188.73 million in the financial year ended Dec 31, 2015.

This is not the only property sold by PGIM Real Estate at below its asking price. Last Wednesday, KIP Real Estate Investment Trust (KIP REIT) announced that it was buying the AEON Mall Kinta City, a four-storey building, 60,230 sq m property in Jalan Teh Lean Swee, Ipoh, Perak from PGIM Real Estate for RM208 million.

DK-MY Properties was established in 2004. Last October, EdgeProp.my reported that the group had 18.2ha of land bank in the Klang Valley with an estimated gross development value (GDV) of RM4.8 billion.

Its first project was DK Senza, a resort style living, launched in 2010 and subsequently D’Latour.

Both projects are located in Bandar Sunway. Last year, it launched DK Impian, a project in Section U5, Shah Alam, a 14-storey project located on a 0.97ha site with a GDV of RM285 million.