ON Feb 2, more than 100 investors in a gold investment scheme filed a police report in Singapore, claiming that they had not received their promised returns for five months and that the bosses of the company involved had gone missing. 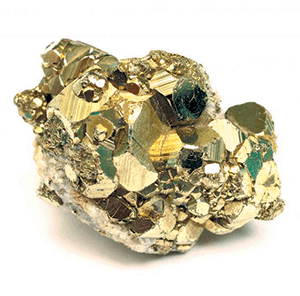 They had participated in a gold buyback scheme with Suisse International Pte Ltd and were promised a monthly return of about 25%. But since September last year, according to news reports in Singapore, they have not been receiving their monthly payouts. And more recently, the people in charge of the scheme could not be contacted.

Among this group of investors, who claimed they represent 250 people with gold investments in Suisse International totalling S$35 million (RM87 million), were those who had bought gold from financially troubled Genneva Gold and were eager to sell their holdings.

The offices of Genneva Gold, which had operated a gold investment scheme in Singapore and Malaysia, were raided by the Commercial Affairs Department of Singapore and Bank Negara Malaysia in 2012.

Some of the key officials of its Malaysian branch are currently facing charges for illegal deposit-taking, of more than RM100 million.

In the case of Suisse International, the investors were told that the Hong Kong-registered company would buy gold from them that would be turned into novelty coins and sold at a profit to local or overseas companies. This group of investors included some Malaysians, according to a local Chinese media report.

On top of not getting their returns, these investors recently found out that the general manager of Suisse International was an undischarged bankrupt, according to news reports.

In an interview with a Singapore newspaper, an investor said he had taken out bank loans to invest in the gold buyback scheme. He had also introduced 10 friends to the scheme and felt bad about this.

“At first, I thought the investment was not bad ... there were returns. [The operations] looked legitimate. The office in Toa Payoh was so big, and I was at the opening of the Johor Baru office as well,” the retiree was quoted as saying.

What this scandal seems to indicate is that some investors have not learnt from previous get-rich-quick scams even though they have been highlighted by the media and some of these firms are even on the alert list of central banks. They have forgotten that not too long ago, about 10,000 people reportedly invested a total of RM10 billion in Genneva Gold and lost their money when the company collapsed.

It is interesting to note that these investors were not just the uneducated or careless retirees, but also highly educated professionals, some of whom had a financial accounting background. What these people seem to have in common is greed. The promised returns of 20% or more on their investment were simply irresistable.

Previous financial scandals have shown that if an investment offers guaranteed astronomical returns, requires you to bring in more people to invest, or have such a complex scheme that you just can’t understand it, there is something amiss. Prospective investors should conduct their own due diligence before forking out money.

Unfortunately, many still believe that such miracles can happen. They choose to forget that in a pyramid scheme, early joiners get their returns to induce others to join the programme. Once the kitty is large enough, the masterminds behind the scam — and the money — will vanish.

Some people refuse to believe that there is no such thing as a free lunch. A Malaysian businesswoman, who lost almost RM300,000 in a gold scheme, told Personal Wealth that she took a gamble even though she had been warned by a friend not to participate in the scheme.

This particular investment plan required investors to buy gold for RM300,000 and deposit it with the company for a year. In exchange, they would get a 3% return (RM9,000) each month for a year and the gold at the end of the one-year lock-in period.

However, after receiving returns for three months, the payments stopped. Subsequently, the businesswoman heard that the company was being investigated by the Singaporean authorities.

“I guess I was being greedy. It was also a gamble. In Cantonese, this is called tai sei (deserve to die),” she said wryly.

As a businesswoman, she knew the deal was too good to be true, but still she refused to question whether it was sustainable. In fact, I will not be surprised if Malaysians are now being lured to put money in some property investment scam in China.

According to a friend, her son and his close friends have been invited by a property agent to attend a property investment talk in a town in the southwest of China. Free food and accommodation will be provided.

“I fear that my son will be forced to sign up for a property purchase scheme and make a down payment on a property that may not even exist,” she says.

Although many of her relatives have advised her son not to go, he is adamant on going there and plans to stay for a week. The young man may end up paying dearly for an important lesson in investment.