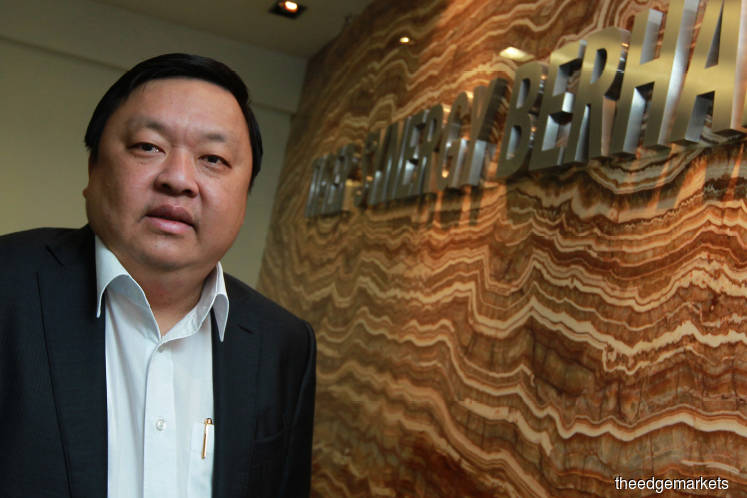 “I am not sure what is in the company but there have been quite a few fights for control,” says a high-level executive from a broking house.

To recap, last Wednesday, Safari Alliance sought an EGM under Section 310 (b) of the Companies Act 2016, which allows shareholders with a 10% stake or more to call for one. However, the reasons for doing so were not made known. Speculation is that the EGM was to remove the board of directors and wrest control of the management of Tiger Synergy.

Goh surfaced as a substantial shareholder in Tiger Synergy on Nov 8 last year with 55.5 million shares or 8.57% equity interest. He built his stake up to more than 25% and transferred 150 million shares or 11.82% to Safari Alliance on July 18.

Contacted by The Edge, Wei Lian said he was at a meeting and could not talk.

It is not clear what Wei Lian and his family have in mind considering his stake is much lower than that of Safari Alliance and Goh.

It is also not clear if he can muster enough support from the other shareholders of Tiger Synergy, which has a fragmented shareholding.

It is worth noting that Wei Lian, Lee Chin and Sek received RM1.63 million in salary, emoluments and share-based payments in FY2018, and RM3.61 million in FY2017.

Goh and his partners had exited OldTown in March last year after Jacobs Douwe Egberts, a Dutch coffee company, offered RM3.18 a share or RM1.47 billion in total and took OldTown private. OldTown debuted on Bursa Malaysia in July 2011 at an issue price of RM1.25.

While Goh may be flush with cash, Wei Lian is a shrewd adversary who has survived a similar battle.

The duo, who were well connected and possessed considerable clout at the time, tried to get on the board and oust Wei Lian and the other directors after accumulating more than 16% in Tiger Synergy. However, they did not succeed.

At the time, Wei Lian’s shareholding in Tiger Synergy was more than 20%.

So, what could be the appeal of Tiger Synergy to Goh?

Wei Lian had emerged as the single largest shareholder in Seacera Bhd in February. He then started to criticise the management and pledged to invest over RM30 million in the tile maker to resolve its cash flow problems and liabilities. However, he ceased to be a substantial shareholder in June.