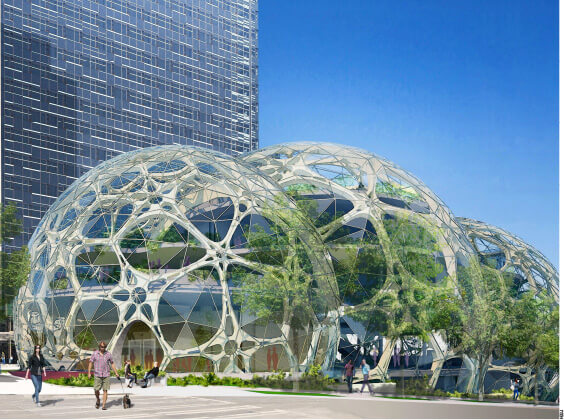 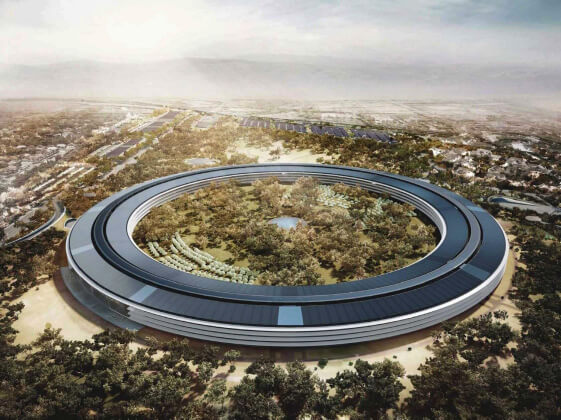 Apple’s new headquarters is built around a massive outdoor park 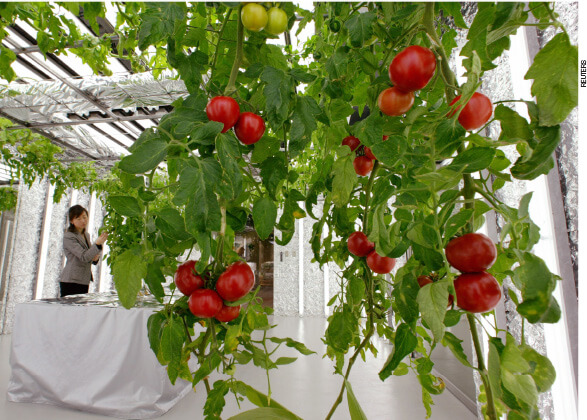 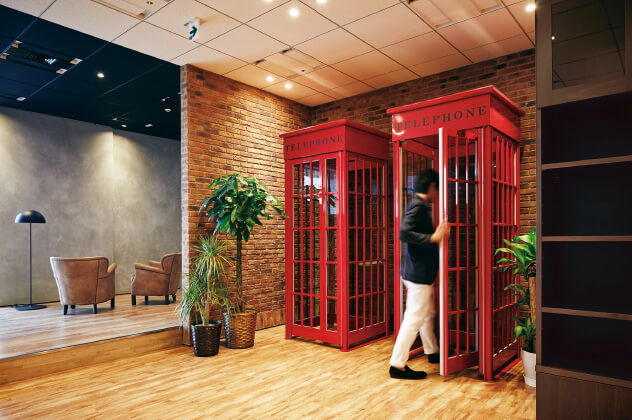 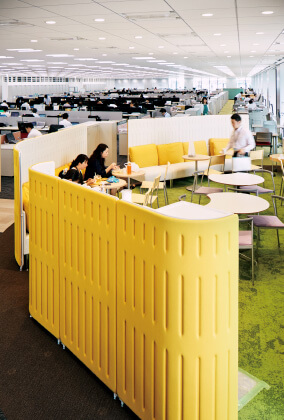 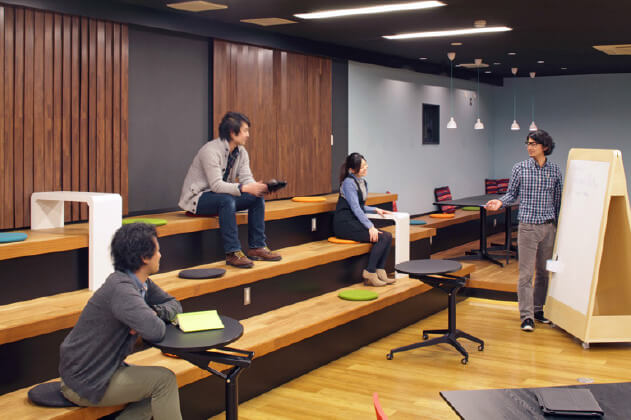 +A
This article first appeared in haven, The Edge Malaysia, on Issue #80 August + September 2016.
Stimulating design, flexible spaces and well-being amenities — these and more are the future of workplaces

Workplace design has come a long way from being cookie-cutter and strictly utilitarian. What were venues built to support company processes are now conceived to leverage human capital more effectively. Increasingly, office spaces are designed to not only reflect a company’s values and culture but also prioritise employees’ well-being, and are conducive for creativity and productivity.

In a recent talk held at XTRA Furniture, Kuala Lumpur, Masahiko Kanaya, senior designer at Japanese office furniture and design company Okamura International (Singapore), says, “We believe in a strong visual idea. The first rule is to show and not tell. Secondly, we want to tell a story, to tell the clients who you are through the design.

“We also have to think about well-being. The environment plays a very important role in office designs today.”

There is no question that office design influences productivity. Research by global architect and design firm Gensler reveals that poor workplace design costs US businesses an estimated US$330 billion in lost productivity each year.

Thus, more and more companies are creating workplaces of stimulating design with dedicated spaces for recreation that facilitate employees’ needs for work-life balance. Lounge areas furnished for non-work-related communal activity, such as foosball, table tennis, yoga and board games, are becoming commonplace in offices as are wellness rooms, daycare facilities and outdoor break areas. Pantries and office kitchens are also given more prominence and come better equipped. All these are to communicate the message that the well-being of its employees is important to an employer.

Part and parcel of the considerations for staff well-being is biophilic design, which is a growing trend. In the US city of Seattle, Bloomberg reports that online retailer Amazon is currently building its massive new headquarters that will feature three 100ft tall orbs, or Biospheres as they are called. Inside, more than 300 plant species scoured from around the world will be planted. Employees needing a bit of respite or just a quiet place to think will be able to take a stroll on suspension bridges among the greenery. Brainstorming sessions can be held in one of the bird-nest-like meeting spaces perched in mature trees.

The Bloomberg article quotes the company’s global real estate director John Schoettler as saying that “they were inspired by Amazon research indicating that a key thing missing from typical work environments is a link to the natural world”.

Apple’s new headquarters in Cupertino, also under construction, is a circular spaceship-like structure that encompasses an enormous outdoor park. When completed, there will be jogging paths and walking trails around the building, and 1,000 bicycles will be kept on site for staff use.

Over in Japan, recruitment company Pasona’s office building in Tokyo, which was conceptualised by New York firm Kono Designs, incorporates a rooftop garden and urban farming facilities — close to 4,000 sq m of dedicated green space houses over 200 species of plants, fruits, vegetables and even rice. Supported by a team of agricultural specialists, employees are encouraged to maintain and harvest the crops.

Recognising the diversity of today’s workforce, companies are also creating a workplace that accommodates this. Says Kanaya, “Offices today consist of people with different cultures, different abilities and various working styles. People today need to communicate and collaborate more. But sometimes we also need to focus. We have to create a space that allows that flexibility.”

Rigidly defined spaces are slowly becoming a relic even as offices embrace spaces with multiple uses. This trend marries the open office concept — which aids collaboration and social interaction between co-workers — with private pods or cubicles that people can retreat to for some peace and quiet when needed. Thus, workstations are becoming more mobile and fluid — an example is the modular system, Muffle, by Okamura.

The definition of a great workplace today does not merely encompass attractive salaries and benefits but also an inspiring physical environment and amenities, to boot.