Neither Top Glove nor MARGMA has been consulted about windfall tax 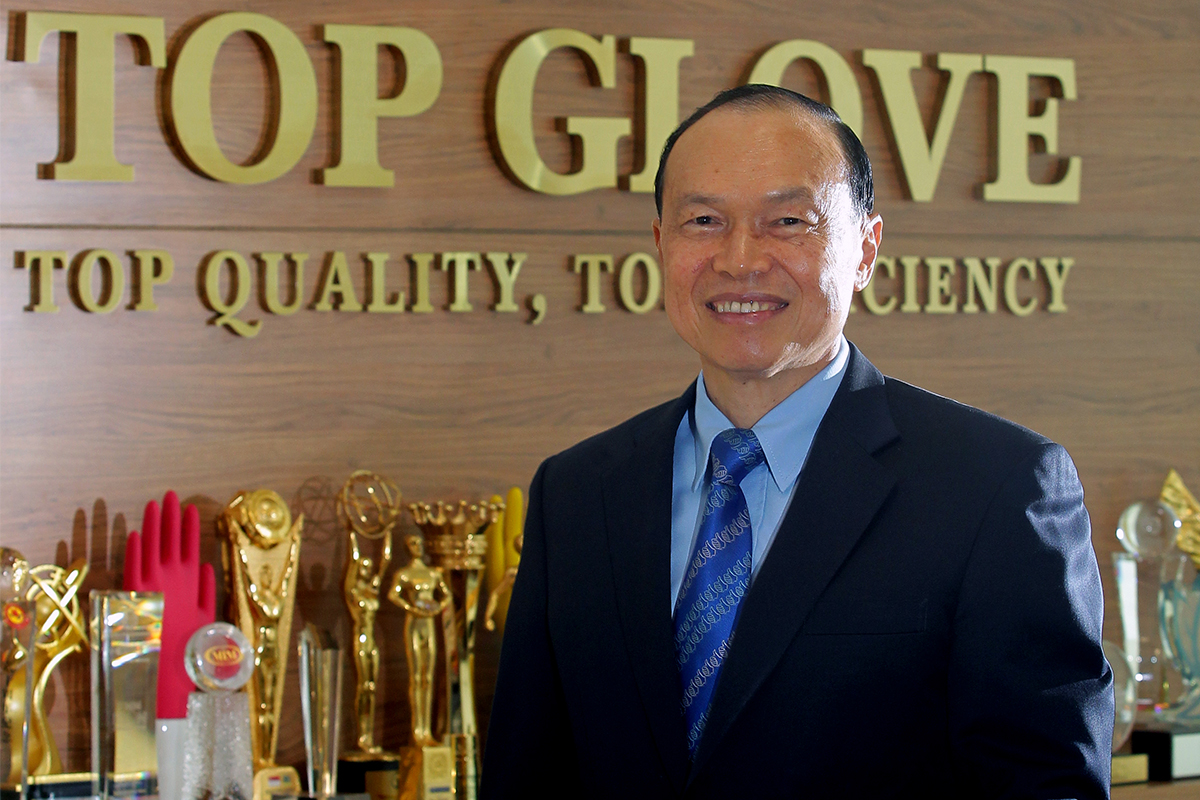 Based on past practices, however, windfall tax would typically be imposed on commodity-related products or the natural resources segment, and not the manufacturing sector.

KUALA LUMPUR (Aug 18): Top Glove Corp Bhd said it has not been consulted by the government on implementation of windfall tax on glove makers' supernormal profits.

When contacted, its chairman Tan Sri Dr Lim Wee Chai stressed that any such practice will result in manufacturers migrating to elsewhere.

Lim told The Edge that neither the company nor the industry association has been engaged by the government about the matter.

"Malaysian Rubber Glove Manufacturers Association (MARGMA) and Top Glove have not been consulted by the authorities on the implementation of windfall tax to date.

"Based on past practices, however, windfall tax would typically be imposed on commodity-related products or the natural resources segment, and not the manufacturing sector," he added.

Against the backdrop of soaring demand due to the Covid-19 pandemic and increases in average selling price, Malaysian glove makers' earnings have jumped several folds to record highs.

Consequently, this has fanned speculation that the sector could become the target for new taxes as the government is finding ways to refill the nation's coffers.

"The juxtaposition of supernormal profits being generated by the glove sector and the government's extremely challenging fiscal outlook [is] raising the risk of windfall taxes being imposed on glove manufacturers," said Maybank IB Research in its research note yesterday.

The investment bank foresees the likelihood of the government announcing the windfall tax in the upcoming National Budget 2020/21 in November.

Maybank IB cited the example of the windfall tax that was imposed on the plantation sector in 1998, and a similar levy on the independent power producers in 2008, which was scrapped one month later.

The comment on the risk of a windfall tax came after the strong rally showed by the glove makers that started in April contrasting with the government's tight fiscal position was becoming apparent. It needs resources to stimulate economic growth.

Deputy Finance Minister II Mohd Shahar Abdullah told the Parliament today that the government has not decided on whether a windfall tax on industries that have been outperforming during the pandemic, but said the current administration "has a broad-based policy".

Commenting about the multiplying effects from reinvestment of glove makers, Lim said Top Glove reinvests in new capacity and provides employment to locals and supporting industries including the small and medium enterprises, which results in a multiplier effect on the economy.

"If windfall tax were to be imposed on the manufacturing sector, this may result in local manufacturers moving to other countries such as Thailand, Vietnam, Indonesia and other countries where more attractive tax incentives are being offered.

"For example, our corporate tax rate is 24% compared with Thailand's, which is 20%," Lim said.

"Moreover, every glove exporter already pays a cess of 0.2% on the FOB (free on board) value of gloves which are exported out of Malaysia, from which the government will derive more income as the value of glove exports increases," he added.

In their latest reported financial quarter, net profits of the top four glove makers more than doubled on a year-on-year basis.

Glove stocks tumble, is it opportune time for bargain hunting?