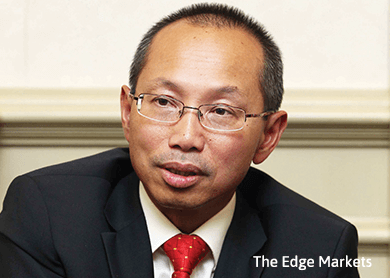 "We will need to learn from past crisis, and the adoption of flexible policies and fundamentals are vital," he said at the launch of the 12th Malaysia Economic Monitor: Transforming Urban Transport today.

Malaysia's economy grew at 5.6% in the first quarter of this year, over the same quarter of 2014.

According to the World Bank, significant risks still exist to the overall strength of Malaysia's domestic economy considering the possibility of new declines in commodity prices and volatile capital flows.

"Because monetary policy and interest rates were low for such a long period of time, we are concerned about the volatility that might come," World Bank senior country economist for Malaysia Frederico Gil Sander told theedgemarkets.com in an interview.

Still, he said Malaysia has a current account surplus.

"Thus, it doesn't need to finance current account deficit as in the case of other countries," he noted.