NCB returns to profit in 3Q on higher throughput handled 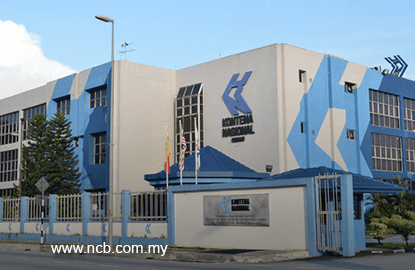 KUALA LUMPUR (Oct 28): NCB Holdings Bhd, which is in the midst of a takeover attempt by its second largest shareholder MMC Corp Bhd, returned to profitability in its third quarter ended Sept 30, 2015 (3QFY15), with a net profit of RM10.89 million or 2.3 sen earnings per share compared with a net loss of RM2.3 million or 0.5 sen loss per share in 3QFY14.

The better earnings was driven by the higher revenue registered by the port operations due to higher throughput handled for the current quarter under review, it told Bursa Malaysia in a filing today.

Revenue for 3QFY15 came in 9.47% higher at RM218.41 million from RM199.51 million in 3QFY14 on better container and conventional businesses and marine operations.

"Container business, being the main contributor of revenue for port operations, registered an increase, with 733,213 TEUs (20-foot equivalent units) from 644,272 TEUs," NCB said.

The improved earnings were partially offset by a 3.9% increase in total operating expenditure for 3QFY15, which grew to RM142 million from RM136.7 million in 3QFY14 due to higher depreciation and higher repair and maintenance costs incurred in the current quarter under review.

Total operating expenditure for 9MFY15 also decreased 0.1% to RM386.7 million from RM387 million due to lower fuel costs incurred in the first nine months in spite of increased operation activities from increased throughput.

Going forward, NCB said the port operations will continue to utilise its port facilities to provide efficient and the best services for fast vessels turnaround.

"Wharf 8, which is currently under construction, is expected to be ready for utilisation in 2017 and will complement Wharf 8A in accommodating large vessels," it added.

On its logistic operations, NCB said Kontena Nasional Bhd is anticipating the trend in the business volume to be similar to the past nine months.

"Efforts to improve the asset utilisation from 75% currently will be further enhanced and is expected to support the haulage business in meeting customer demands," it said.

NCB said cost control measures are in place and it will continue to rationalise the cost of operations.

"Management has put in place process improvement to increase efficiency of operations, strengthening financial management and reporting functions," it added.