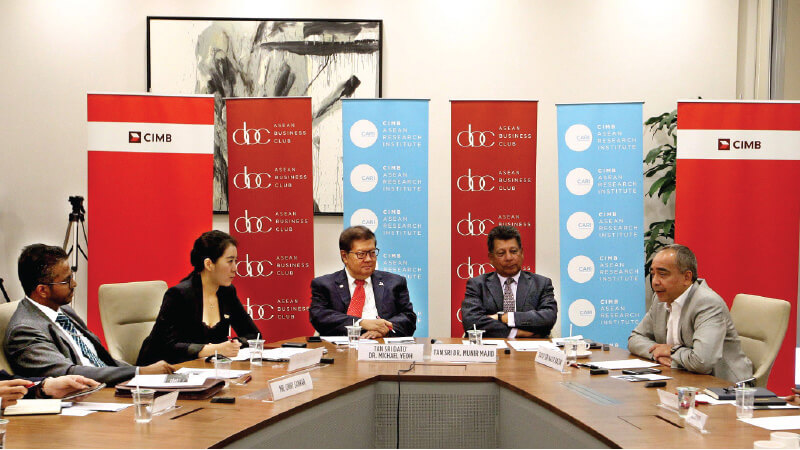 KUALA LUMPUR: Prominent banker Datuk Seri Nazir Razak has called on the government to scrutinise Chinese-led investments in Malaysia that are part of the expansive One Belt, One Road (Obor) initiative, particularly the 600km-long East Coast Rail Line (ECRL) project.

Nazir, who is the chairman of CIMB Group Holdings Bhd, the country's second-largest lender by assets, said the RM55 billion ECRL project should be thoroughly scrutinised as the project should not be solely measured in terms of investment scale, but also in its value proposition.

“I think it is very important that we get away from this traditional Malaysian excitement for everything that is large and sexy. That is very dangerous,” Nazir said at the roundtable on "China’s Belt and Road Initiative in Asean: economic opportunities and Asean centrality" yesterday. The event was organised by CIMB Asean Research Institute in collaboration with the Asean Business Club.

“[The] ECRL is very beneficial, no doubt about it. But are the benefits, say [is it] worth RM10 billion or RM60 billion? That’s a fundamental question. Just because it is an Obor initiative and it [construction contract has been awarded] to China; is Malaysia getting it at the right price?” he said.

Nazir suggested the government, through the international trade and industry ministry (Miti), to come up with a measure that takes into account the value of the upcoming Chinese-led investments in the country.

“You could find that [the establishment of] Xiamen University [campus in Sepang, Selangor] is more valuable than the ECRL project. There are various methodologies that can do this,” he said, adding that upcoming investments should be focused on the crowding-out effect, social and environmental implications.

“Are we generating enough tax revenue to pay for it? I’ve not seen the cash flow. Otherwise it is going to flush in the government fund and suddenly, we are going to get a huge debt pile,” he said.

In November last year, Malaysia had sealed a deal to build the ECRL with China Communication Construction Co Ltd, with financing via soft loans from the Export-Import Bank of China.

It was reported that the project would have three phases — from Port Klang to the Integrated Transport Terminal (ITT) in Gombak, from ITT Gombak to Dungun, and from Dungun to Tumpat.

Nazir urged the government to review the country’s negotiations with China to ensure that Malaysia will get the best out of the deal.

“What are the lessons that we have learnt across the 60 countries that have experiences in negotiating with the public and private China,” he said.

Nazir also noted that Malaysia should learn lessons from the 1997 Asian financial crisis.

“Nobody will not dare not to repay China. Therefore, the risk will eventually end up in sovereign balance sheet and then we have a problem. If this happens in many countries, then we have an Asian problem. That is one caution that we need to bring to the table,” he added.