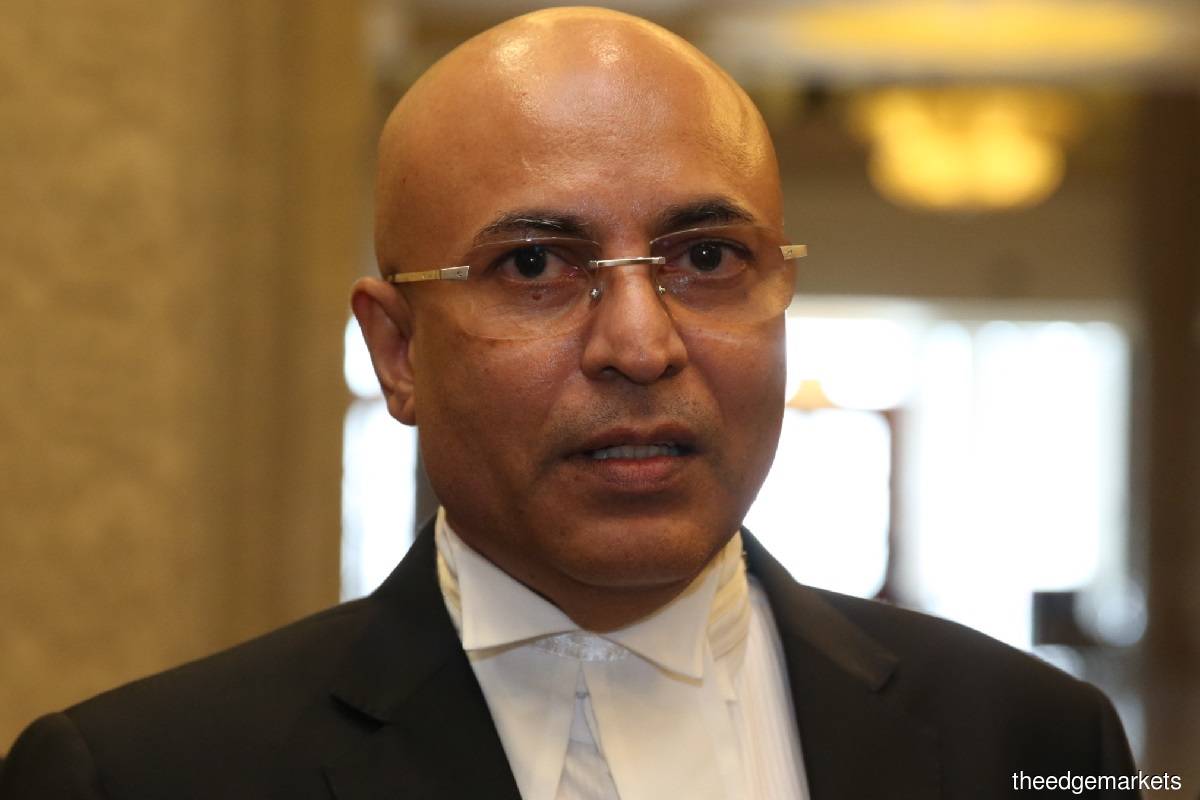 According to the lawyer, Nazir had given the money from the cheques received from Najib to Tan Sri Othman Razak, instead of his older brother.

KUALA LUMPUR (March 15): A lawyer from UMNO today disputed the prosecution's assertion that former CIMB chairman Datuk Seri Nazir Razak had purportedly helped to cash three cheques totalling RM20 million from his older brother Datuk Seri Najib Razak, who was then the country's prime minister and chairman of 1Malaysia Development Bhd's (1MDB) advisory board, and given the money back to Najib.

Lawyer Datuk Hariharan Tara Singh told the court that Nazir did not say in his witness statement that he had returned the money to Najib.

Hariharan said the prosecution had made the assertion to satisfy its money-laundering claim made to forfeit RM114 million that was recovered from a police raid on a condo owned by OBYU Holdings Sdn Bhd.

According to the lawyer, Nazir had given the money from the cheques received from Najib to Tan Sri Othman Razak, instead of his older brother.

Hariharan further highlighted that the police or authorities did not take a statement from Othman to verify whether the money was given to Najib, who was also the UMNO president at the time.

The lawyer, who appeared with another defence lawyer Tania Scivetti, told the court that the prosecution tried to put forth in their case that all the monies retrieved from the raid on the Pavilion condominium were from 1MDB.

However, UMNO and Najib have stressed that the monies are the political party's funds for the 14th general election, and are seeking to get back the sum in these third party proceedings.

Hariharan said the prosecution tried to paint a picture that portrayed the monies received by the 188 recipients were from 1MDB, and that they had purportedly channelled the monies back to Najib.

The defence lawyers reiterated that Nazir's statement, as cited by the prosecution, did not at all mention it.

The prosecution said last month that the RM114 million recovered from the raid at Pavilion condominium could not be UMNO's monies, as they were in different foreign currencies. If the money had belonged to the political party, it should have been in ringgit, it said.

Hariharan, however, argued that there was a possibility that the 188 recipients later became the donors and donated the sum to UMNO in foreign currencies.

Hence, the prosecution, led by Deputy Public Prosecutor (DPP) Saifuddin Hashim Musaimi and DPP Liew Hong Bin, concluded that the monies found at the condominium could not have been for UMNO, as most of them were in foreign currencies.

Hariharan also brought up the CIMB account that the prosecution in this OBYU case has claimed is a secret unaudited account belonging to UMNO.

“However, the application for forfeiture (by the Malaysian Anti Corruption Commission) was unsuccessful, as the other High Court judge (Justice Mohamed) Zaini (Mazlan) found that the purported illegal proceeds had been used up and that it inter-mingles with the funds that are already there,” the lawyer said.

This court, Hariharan said, should adopt what Justice Zaini and the Federal Court concluded in the Kuala Dimensi Sdn Bhd forfeiture case – that when the funds had mingled with other sources of funds, it is incumbent on the prosecution to differentiate as to which are the purported illegal funds from the legal ones.

This, he said, was what the prosecution failed to do in this OBYU case and why Justice Zaini had dismissed the forfeiture, as he recognised that the money had been mixed up. The case is coming up for appeal this Thursday at the Court of Appeal.

Hariharan further said that UMNO is disputing the prosecution's assertion that this purportedly secret account is unaudited.

The UMNO lawyer also maintained what Scivetti submitted last week – that the prosecution had wrongly named OBYU (the owner of the condo unit) as the respondent in this case, instead of Najib.

“We say that the prosecution's move to maintain OBYU is fatal, as the company is no longer a subject to these forfeiture proceedings as (the claim) on the condo had ceased. The wrong procedure has been applied in naming the respondents,” he added.

OBYU is owned by Tan Sri Bustari Yusof, who is said to be a close associate of the former prime minister. The prosecution had stopped any proceedings against OBYU as it decided not to forfeit the condo unit where the loot was held.

Saifuddin, who leads the prosecution, has applied to presiding Justice Datuk Muhammad Jamil Hussin that they would reply to this submission on March 29.