Nasdaq surges on megacap earnings but US fiscal uncertainty nags 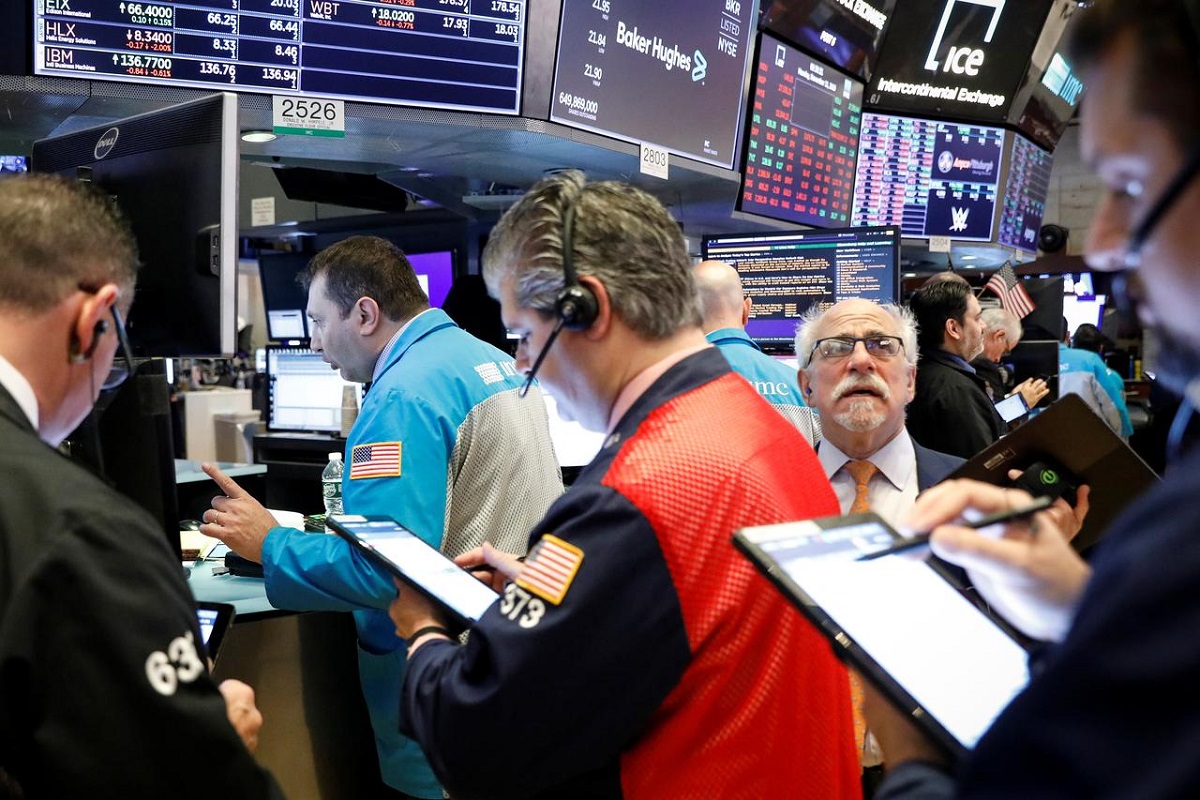 NEW YORK (Aug 1): The Nasdaq jumped more than 1% on Friday, powered by strong earnings from some of the largest US companies, but the Dow and S&P finished with smaller gains as uncertainty about the government's next round of coronavirus aid kept economic worries on the radar.

Apple Inc shares surged 10.5% to close at a record US$425.04 in the wake of blowout quarterly results and a four-for-one stock split announcement.

Amazon.com Inc gained 3.7% after posting its biggest profit ever while Facebook jumped 8.2% after the social media platform blew past revenue expectations.

Google parent Alphabet Inc fell 3.3% though, the biggest drag on the S&P 500 and Nasdaq, as it posted the first quarterly sales dip in its 16 years as a public company.

"The results were just fabulous, just so strong," said Tim Ghriskey, Chief Investment Strategist at Inverness Counsel in New York. "These are extremely profitable companies and they produce products that people want."

The four companies are among the top five in market capitalization, representing roughly 20% of the S&P 500's total. Apple's gain pushed it ahead of Saudi Aramco as the world's most valuable public company, according to Refinitiv data.

The White House and Democrats were still negotiating on coronavirus relief aid, but not yet on a path toward reaching a deal, according to House of Representatives Speaker Nancy Pelosi, hours before the expiration of a federal unemployment benefit.

"It seems like they are far apart and supposedly they are working at it and there is a lot of name calling and as usual there is a lot of bad blood between these two parties and they have to come to some compromise, clearly, but they are not there, that’s for sure," said Ghriskey.

It was a choppy session with each major index up and down. The Dow at one point fell more than 1%. In late trade, stocks moved higher into the close as Microsoft shares pared losses of more than 2% after reports the company was said to be in talks to buy video app TikTok.

Kansas City Southern also provided a late boost, ending the session 9.7% higher after the Wall Street Journal reported a group of buyout investors were considering a takeover bid for the rail operator.

US deaths from Covid-19 appeared to be rising at their fastest rate since early June, and the Midwest looked like the current epicenter of the pandemic.

The benchmark index is now about 3.4% shy of its February all-time high, but faltering macroeconomic data and rising Covid-19 cases in the United States were making investors cautious again.

Still, the S&P notched its fourth weekly gain in the past five and fourth straight month of gains, with lift from massive fiscal and monetary stimulus measures to buttress the US economy during the pandemic.

Energy stocks were the worst performing among the 11 major S&P sectors after Chevron Corp reported an US$8.3 billion loss on asset writedowns and ExxonMobil Corp recorded a second consecutive quarterly loss.

Declining issues outnumbered advancing ones on the NYSE by a 1.40-to-1 ratio; on Nasdaq, a 1.94-to-1 ratio favored decliners.

About 11.01 billion shares changed hands in US exchanges, compared with the 10.53 billion daily average over the last 20 sessions.