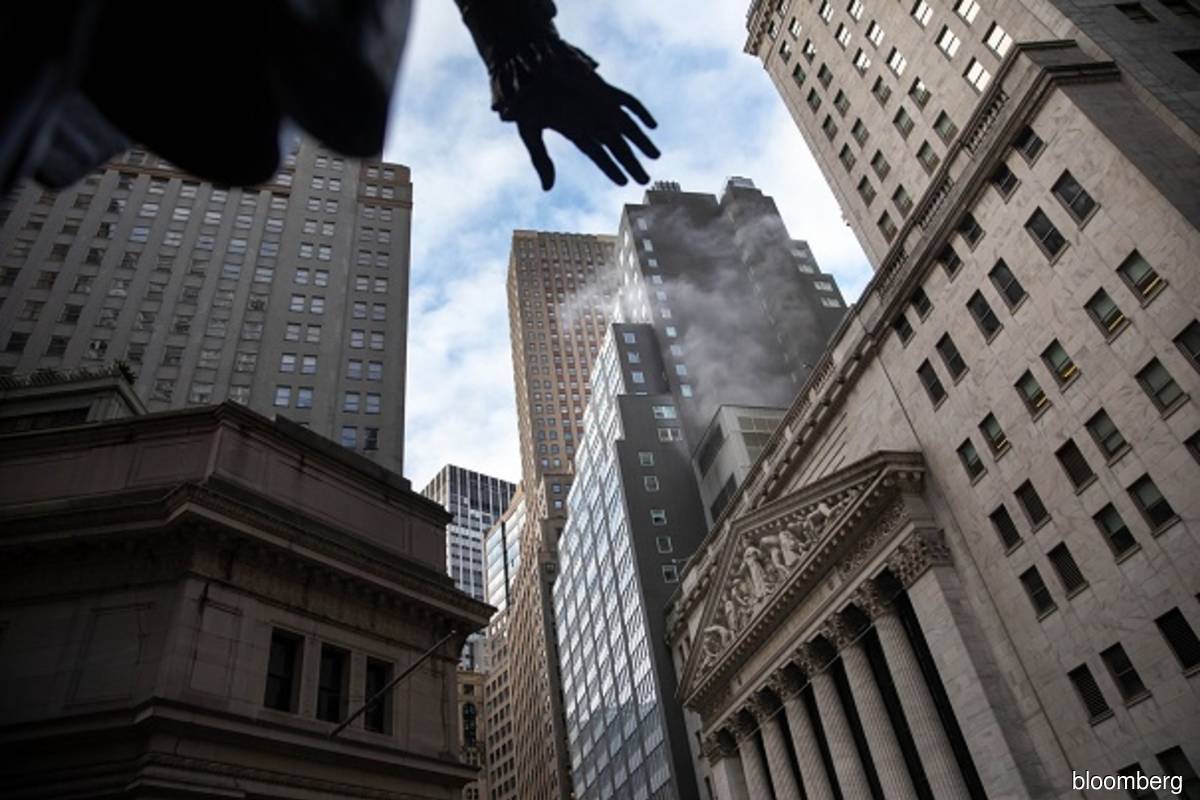 NEW YORK/BENGALURU (May 4): The Nasdaq fell more than 2% on Tuesday, as steep declines in megacap growth stocks pushed Wall Street below record trading levels, with investors seeking shelter in more defensive parts of the market.

All the 11 major S&P 500 sectors were down, with technology , communication services and consumer discretionary falling more than 2% each.

"When you're at all-time highs and the market pulls back, the ones that tend to lead to the downside are often the high-beta stocks such as technology," said Randy Frederick, vice president of trading and derivatives for Charles Schwab in Austin, Texas.

"When we have pauses or pullbacks, people tend to move out of growth stocks into more defensive names."

Fiscal stimulus, rapid vaccinations and the Federal Reserve's accommodative stance have spurred a strong rebound in the US economy and pushed Wall Street to record highs this year. The so-called "pandemic winners", however, have recently started to fall out of favour.

Among other stocks, CVS Health Corp gained 3.7% after reporting a first-quarter profit above analysts' estimates and raising its 2021 forecast.

First-quarter earnings have been largely upbeat. Average profits at S&P 500 companies are expected to have risen 47.7% in the quarter, compared with forecasts of a 24% growth at the start of April, according to IBES data from Refinitiv.

Investors are also awaiting data through the week, including the Labor Department's monthly non-farm payrolls, due on Friday. The report is expected to show a rise in job additions in April.

The S&P index recorded 69 new 52-week highs and no new low, while the Nasdaq recorded 66 new highs and 87 new lows.