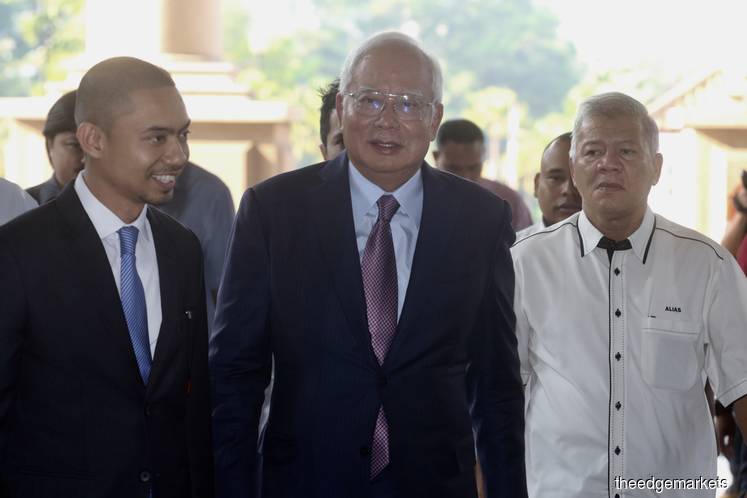 The three cheques were among the sixteen produced by Saifuddin — all issued by Najib's AmBank bank account as well as SRC totalling just over RM30 million.

Among them, a RM3.5 million cheque was issued by Najib's account to law firm Hafarizam Wan & Aisha Mubarak on Jan 21, 2015.

This transaction may be linked to one of two money laundering charges involving RM15 million faced by Umno lawyer Datuk Mohd Hafarizam Harun.

Ahmad Farhan needs more time to obtain the documents relating to three AmBank relationship managers' communications with holders and nominees of AmBank accounts linked to Najib and 1Malaysia Development Bhd (1MDB) as well as its subsidiaries.

In this trial, Najib is facing seven charges involving the alleged siphoning of RM42 million from 1MDB former unit SRC into his bank accounts when he was prime minister.