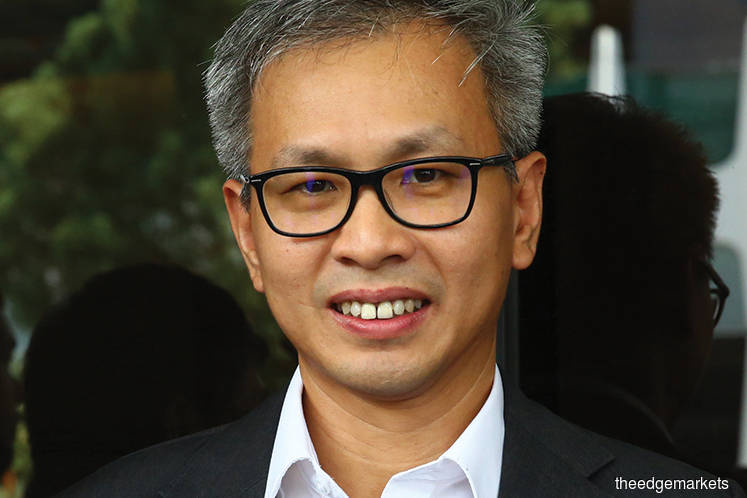 PUTRAJAYA (Oct 15): Damansara Member of Parliament Tony Pua had today managed to set aside the injunction imposed on him by Datuk Seri Najib Razak in a suit filed by the former prime minister against Pua in relation to 1Malaysia Development Bhd (1MDB) and the proposed amendment to the Syariah Courts (Criminal Jurisdiction) Act 1965 by PAS.

The Court of Appeal unanimously ruled that Pua, who is also DAP national publicity secretary, is entitled to damages, which will be assessed by the High Court following the setting aside of the injunction.

A three-member appellate court panel led by Justice Datuk Dr Hamid Sultan Abu Backer, however, ruled that the suit withdrawn by Najib would not be reinstated as appealed by Pua.

"This is a fit and proper case for the bench to allow the appeal in part. Parties are to go back to the High Court for the assessment of damages (to Pua)," said Justice Hamid.

The Court of Appeal also ordered Najib to pay RM10,000 in costs to Pua after Najib was asked to pay RM30,000 to Pua following the withdrawal of the suit last year.

It was reported that Najib, in his personal capacity, filed the suit against Pua in April 2017, alleging that Pua made defamatory statements against him on Facebook in a live video on the tabling of the amendment to the Syariah Courts (Criminal Jurisdiction) Act 1965 and connecting it with 1MDB.

Najib claimed that the video clip, which lasted two minutes 21 seconds and was uploaded by Pua or his agents on Facebook, titled 'BN Govt abandons all bills to give precedence to PAS RUU 355 private member's bill' could be accessed widely and freely on the Internet.

Following the suit, the Kuala Lumpur High Court had on Aug 4, 2017, granted Najib an injunction to prevent Pua from continuing to make similar statements and air the video clip.

On Feb 14, 2018, Pua failed in his appeal to lift the injunction at the Court of Appeal, prompting him to file leave to appeal at the Federal Court.

In the judgement by the appellate court, Justice Datuk Yaacob Md Sam wrote that the court must take judicial notice that Najib had then been cleared of wrongdoing in relation to 1MDB by former Attorney General Tan Sri Mohamed Apandi Ali.

On June 20, 2018, the Federal Court granted Pua leave to appeal against the injunction and the decision by Justice Yaacob.

Najib, however, was allowed to withdraw his suit by High Court judge Datuk Mohd Zaki Abdul Wahab on July 30, 2018.

Surendra, when met outside the court, said he will take instructions from Pua on whether to file for leave to appeal at the Federal Court against today's decision, as the appeal on the injunction and Justice Yaacob's judgment is still pending before the apex court.