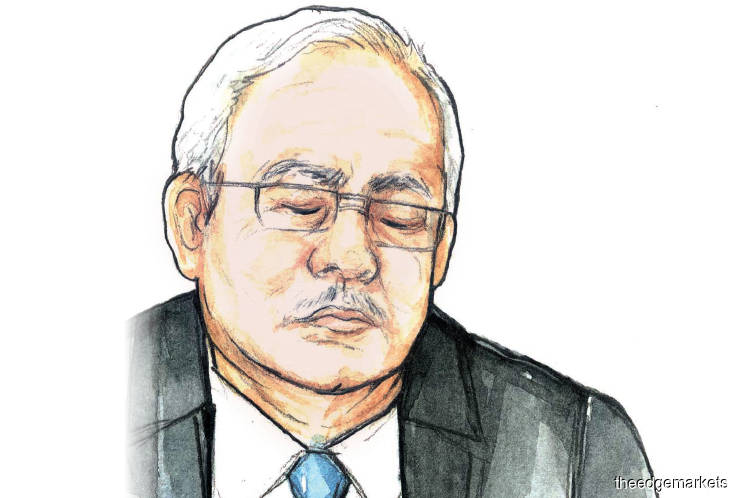 FORMER prime minister Datuk Seri Najib Razak was nowhere to be seen last Tuesday as his counsel and the deputy public prosecutors (DPPs) took their seats in the courtroom.

But the atmosphere was mostly cheerful, with “red notice” jokes flying around as only a day earlier, Malaysian Anti-Corruption Commission (MACC) investigating officer Senior Assistant Commissioner Rosli Hussain had testified to Interpol red notices being issued for a number of individuals wanted in connection with the misappropriation of funds belonging to 1Malaysia Development Bhd (1MDB) and SRC International Sdn Bhd.

At around 9.40am, when judge Mohd Nazlan Mohd Ghazali emerged from his chambers to commence proceedings, he was informed by Najib’s lead counsel, Tan Sri Muhammad Shafee Abdullah, that Najib’s doctor had granted him a three-day medical leave up to Aug 16.

Shafee said he had shared the medical chit and photos of Najib’s eyes with the prosecution, and DPP Datuk V Sithambaram assured that the prosecution had no objections. “It looks pretty bad in both eyes. In view of the medical condition of the accused, the prosecution supports the adjournment. Conjunctivitis is highly contagious. We might all end up with the same infection,” he said in jest.

This was not the first delay owing to medical reasons. In March, Shafee applied for medical leave due to “soft tissue and swelling of a blood capillary” after he was injured by his 10-month-old guard dog-in-training.

And on July 24, the trial was adjourned for a day as defence lawyers Harvinderjit Singh and Farhan Read called in sick amid a flu outbreak.

Hearing resumes on Monday. Slated on the same day is Najib’s trial in relation to 1MDB charges.