Najib’s SRC trial: Catch me if you can 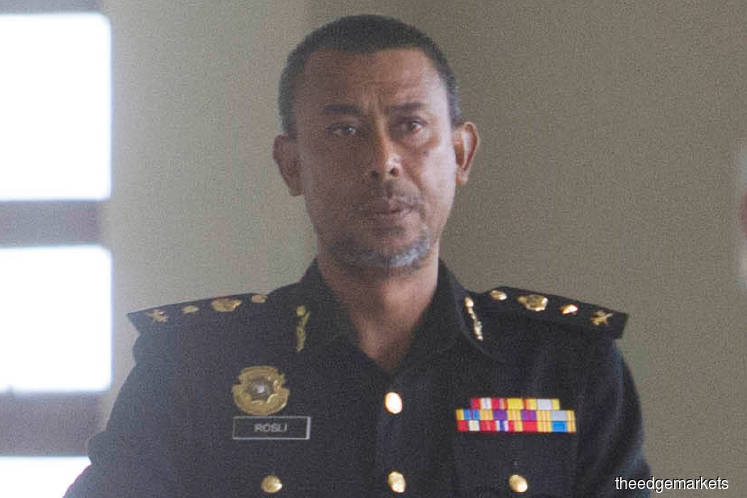 Officers of the commission managed to track them down for the purpose of recording their statements in relation to 1Malaysia Development Bhd (1MDB). Nik Faisal had his statement recorded twice while Low — better known as Jho Low — once, revealed MACC investigating officer Senior Assistant Commissioner Rosli Hussain last week.

The two were not arrested or bonded as the MACC had managed to record their statements, Rosli, 54, said.

On Dec 5, 2015, the MACC finally managed to record a statement from the then prime minister Datuk Seri Najib Razak in relation to the RM2.6 billion deposited in his personal accounts with AmBank from abroad, following shocking reports of the transactions by Sarawak Report and The Wall Street Journal in early July.

Rosli’s testimony in relation to Jho Low and Nik Faisal — both now in hiding — appears to be laying the groundwork for the statements to be possibly admitted as evidence by the prosecution, especially if the court is satisfied that the witnesses could not be found.

The MACC was hampered in its investigations in 2015 as Najib was still in power and calling the shots.

Ironically, when the MACC and police — then led by Tan Sri Khalid Abu Bakar as inspector-general of police — did not see eye to eye in their investigations, Rosli even found himself at the opposite side of the interrogation table.

Together with the then MACC deputy public prosecutor Ahmad Shazalee Abdul Khairi, Rosli was investigated and detained by the men in blue, following the leak of a purported charge sheet against Najib that year.

Also detained were Jessica Gurmeet Kaur — an officer from the Attorney-General’s Chambers who was part of a special task force — and Tan Sri Rashpal Singh, a former MACC adviser.

Red notices have only drawn blanks

In court, Rosli recounted how a number of individuals sought in connection with the misappropriation of funds belonging to 1MDB and SRC were quick to fly the coop.

Jho Low — purportedly the mastermind behind the embezzlement of billions of dollars — was one of the first, leaving the country via the Sultan Abdul Aziz Shah Airport as early as May 29, 2015. He has not returned to Malaysia since.

Nik Faisal hung around longer, only fleeing via KLIA on May 7 last year, two days before the  14th general election, when voters threw out Najib’s coalition government. Then, the new Pakatan Harapan administration began to seriously investigate the allegations of grand theft involving the two government-owned companies.

Rosli said an arrest warrant was issued for Jho Low and Nik Faisal sometime after GE14 and that their passports were revoked on June 14 and July 25 last year respectively.

An Interpol red notice was also issued for Nik Faisal and Jho Low last year and a similar notice was issued for individuals Toh Lean Seng, 46, and Mohamad Redzuan Adamshah, 44, in relation to SRC.

Why they are being sought by the authorities is unclear, but Redzuan was a recipient of funds from Najib, a witness in the SRC trial had testified.

Tan left the country in May 2015, several weeks before Jho Low. Geh and Tang left a day before GE14, on May 8, while Loo escaped on April 28 last year.

Tan is said to be Jho Low’s family friend and the frontman for several of the questionable transactions.

Rosli testified that they had left the country based on immigration records and that they never returned to Malaysia.

He said the MACC had tried to track them down since May last year and that their passports had been blocked. Subsequently, arrest warrants were issued and Interpol assistance sought. Furthermore, a red notice was issued by the National Central Bureaus in China, Hong Kong, Myanmar, Indonesia, Thailand, India and St Kitts and Nevis for all of them.

Until today, there have been no updates on the red notices, he added.