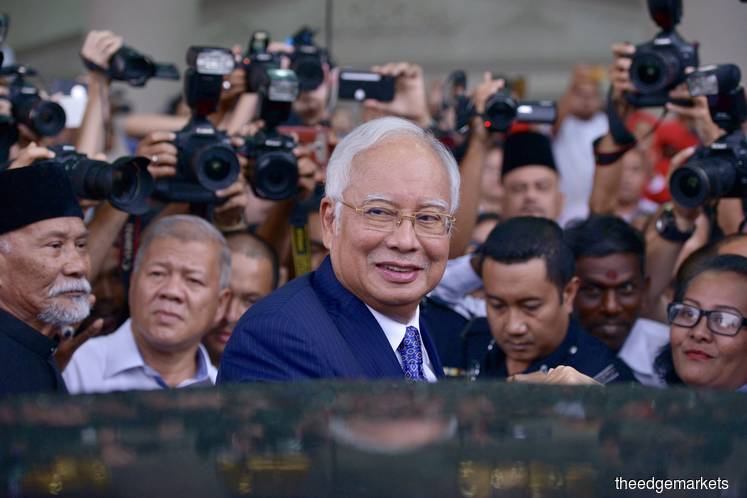 KUALA LUMPUR (April 9): The defence team in former prime minister Datuk Seri Najib Razak’s case over SRC International Sdn Bhd funds has filed a notice of motion seeking to revoke the seven charges on grounds that they are defective.

Deputy public prosecutor Budiman Lutfi Mohamed said the prosecution had received the notice of motion and affidavit on the matter this morning.

“The prosecution will file the affidavit-in-reply on April 15 and the defence will reply to it on April 19. Both parties also have to file their submissions by April 22,” he told reporters after the proceeding before High Court deputy registrar Mahyudin Mohmad Som here.

Budiman Lutfi, however, said the date for hearing of the notice of motion had yet to be fixed.

In the notice of motion filed last April 3, Najib is seeking the court to suspend or revoke the seven charges made against him in the case on grounds that they are an abuse of the court process and defective in terms of form and substance.

Last April 3, which was the first day trial of the case, Najib’s lawyer, Tan Sri Muhammad Shafee Abdullah, informed the court that the defence would file a notice of motion for the seven charges against his client to be revoked on grounds that they were defective.

Najib, 66, is facing three counts of criminal breach of trust, one charge of abusing his position and three counts of money laundering over SRC International  funds amounting to RM42 million.

Hearing of the case will continue on April 15.