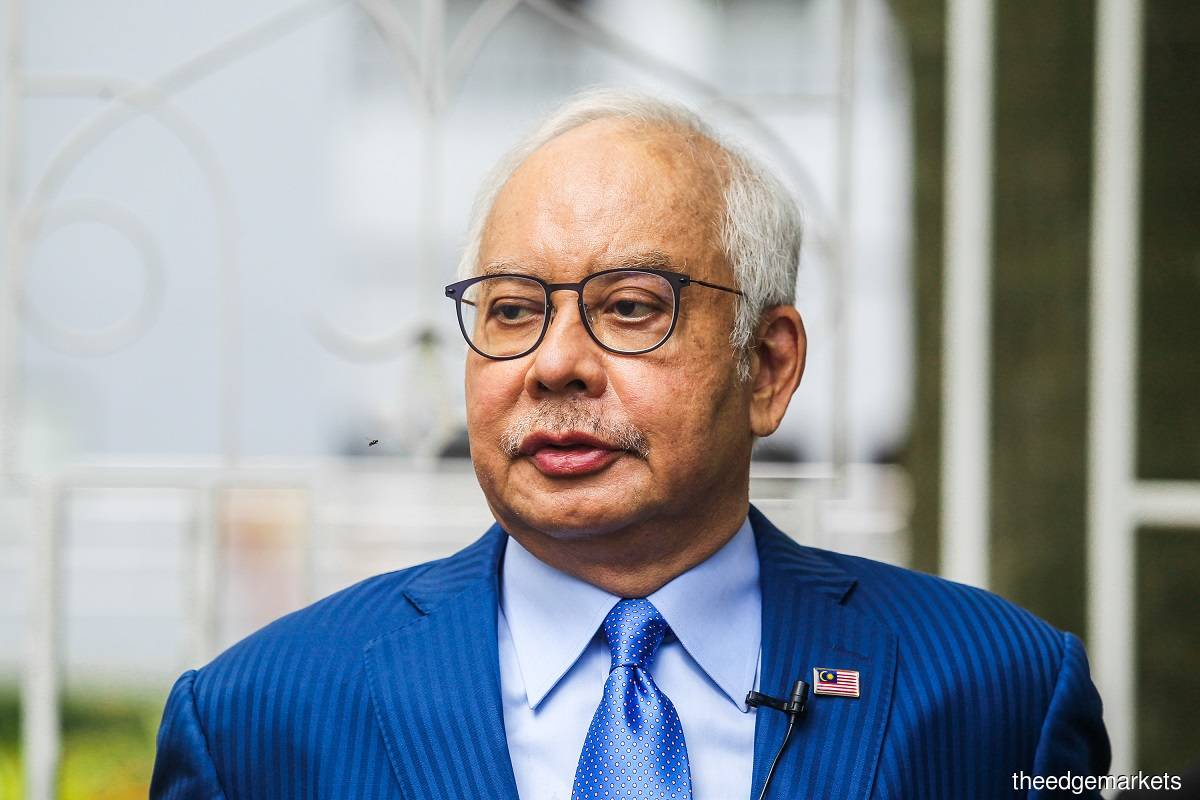 KUALA LUMPUR (Aug 2): Former prime minister Datuk Seri Najib Razak, in fulfilling the requirements of the Mareva injunction in the suit by SRC International Sdn Bhd and its subsidiary Gandingan Mentari Sdn Bhd, has listed his assets as being worth RM4.49 million in properties and cash along with deposits registered with Amanah Saham Nasional Bhd (ASNB).

This was disclosed in two of his affidavits dated July 20 and an earlier one filed on April 25 by Messrs Shafee & Co.

The list of assets was obtained via a file search after case management was done before High Court senior assistant registrar Azlinda Ahmad Sharif. The case was also called before Justice Datuk Amarjeet Singh on Tuesday (Aug 2).

On March 22, High Court judicial commissioner Datuk Mohd Arief Emran Arifin granted an inter partes Mareva injunction that required the former premier to not remove, dispose of, deal with or diminish the value of any of his assets in and outside of Malaysia, up to RM42 million, pending the final determination of the suit.

The court also directed Najib to disclose to the plaintiff's solicitors in writing his assets, in or outside of Malaysia, up to the value of RM42 million within 30 days after the order made by the court was served on Najib.

Following the imposition of the Mareva injunction, Najib filed a notice of appeal to the Court of Appeal to set it aside.

Najib's affidavits contained a list of his assets and cash that was prepared by his accountant.

The document showed that he owned seven properties — six in Pahang and one in Selangor — that were acquired before 2012.

According to the affidavits, the properties were worth RM460,987 in 2022, which was how much he had paid for them more than 10 years ago.

Najib also affirmed that his Affin Bank current account contained RM1.25 million, while his ASNB deposits were worth RM2.53 million.

SRC and Gandingan Mentari filed a suit against Najib in May 2021 for breach of fiduciary duties, knowingly receipt of the funds, dishonest assistance, tort of misfeasance and abuse of power.

When the lawyers of SRC and Gandingan Mentari argued for the Mareva injunction, they cited Najib's conviction by the High Court in 2020 and the upholding of his conviction by the Court of Appeal as valid grounds for the court to grant the order.

Najib was found guilty of abuse of power over the approval of the RM4 billion loans from the Retirement Fund, Inc (KWAP), criminal breach of trust and money laundering involving RM42 million.

He was sentenced to 12 years in jail and fined RM210 million, and is awaiting his final appeal before the Federal Court, scheduled to begin on Aug 15.

In proceedings held before Amarjeet on Tuesday, SRC, Gandingan Mentari and Najib reached a settlement concerning his stay of proceedings of the civil suit.

The application for a stay of proceedings was thus struck out with no order as to costs.

Following this, Amarjeet directed Najib to file and serve his defence within two months from Tuesday and fixed case management for the case for Oct 13.