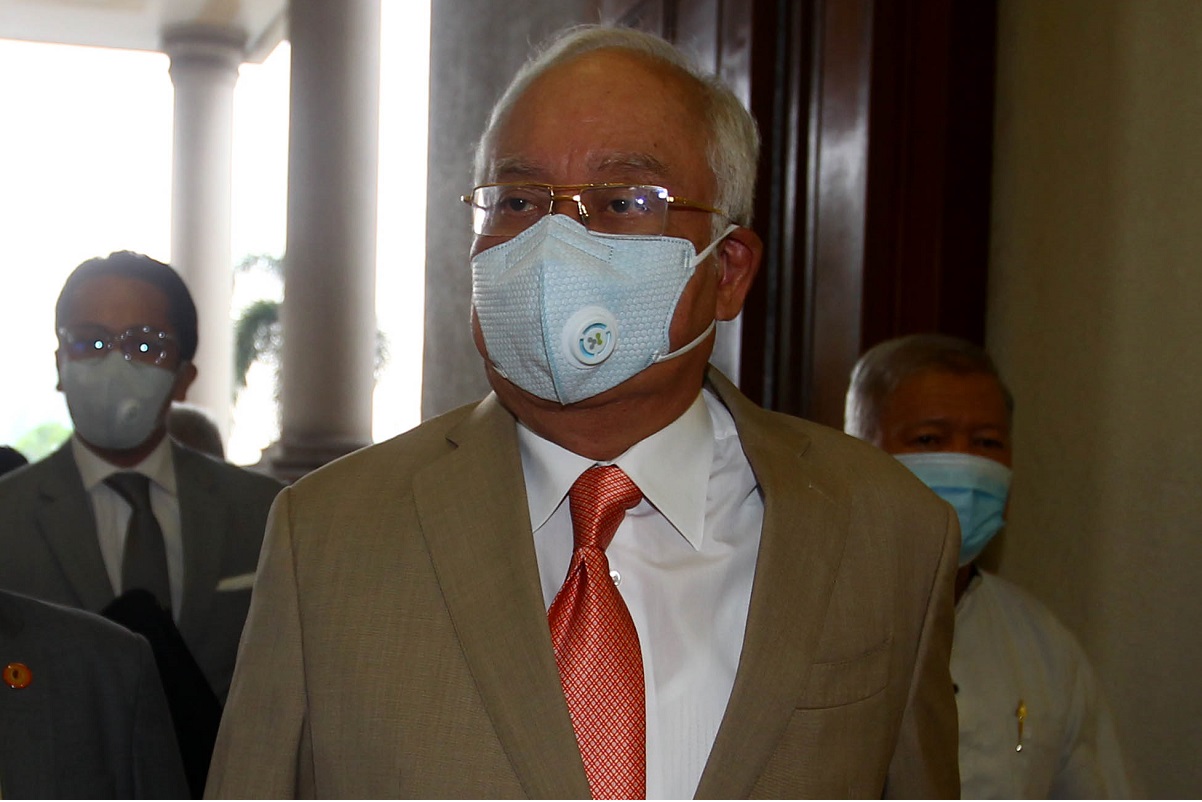 KUALA LUMPUR (Sept 14): Former Prime Minister Datuk Seri Najib Tun Razak and Umno have applied for a separate hearing on the prosecution’s application for forfeiture of RM114.16 million and jewellery that were seized from premises owned by Obyu Holdings Sdn Bhd.

The money and jewellery were seized by the Malaysian Anti-Corruption Commission (MACC) for being allegedly linked to the 1Malaysia Development Bhd (1MDB) fund scandal.

Deputy public prosecutor Faten Hadni Khairuddin, however, objected to it as the application to forfeit the money and jewellery was made in one notice.

Lawyer Fazreen Hazrina Rahim, representing Najib and Umno, told the court that it would prejudice her clients if the court refused to have a separate hearing for the forfeiture of the money and jewellery as inspection of the jewellery was still not possible at this time.

“This is because the representative for the third party, a Lebanese goldsmith from Global Royalty Trading SAL, is understood to be in the United Kingdom and there is travel restriction to Malaysia due to Covid-19," she said.

“The claim by Najib and Umno on the money can be heard first without the need to wait for the other third party to inspect the jewellery.

“The court will only return the property that was seized from a third party if the court is satisfied with the third parties fulfilling the five items as stated in Section 61(4) of the Anti-Money Laundering, Anti-Terrorism Financing and Proceeds from Illegal Activities Act (AMLATFPUAA) 2001,” said the judge during case management today.

He also ordered both parties to file in their affidavits-in-reply within 14 days from today.

The application to forfeit the money and jewellery was filed by MACC against Obyu.

Najib, Umno and Global Royalty are third parties in the application.

In the notice of motion filed against Obyu Holdings, the items included 11,991 units of jewellery, 401 watches and 16 watch accessories, 234 pairs of eyewear and 306 handbags, as well as cash in various denominations amounting to RM114.16 million.

In June last year, then MACC chief commissioner Latheefa Koya said the MACC had filed a civil forfeiture suit against 41 respondents to forfeit about RM270 million allegedly linked to the 1MDB fund scandal and received by the respondents from Najib.

She said the action was taken under the Anti-Money Laundering and Anti-Terrorism Financing Act 2001.