Najib shouldn't have been asked to enter his defence after Suboh gave inconsistent testimony, says Shafee 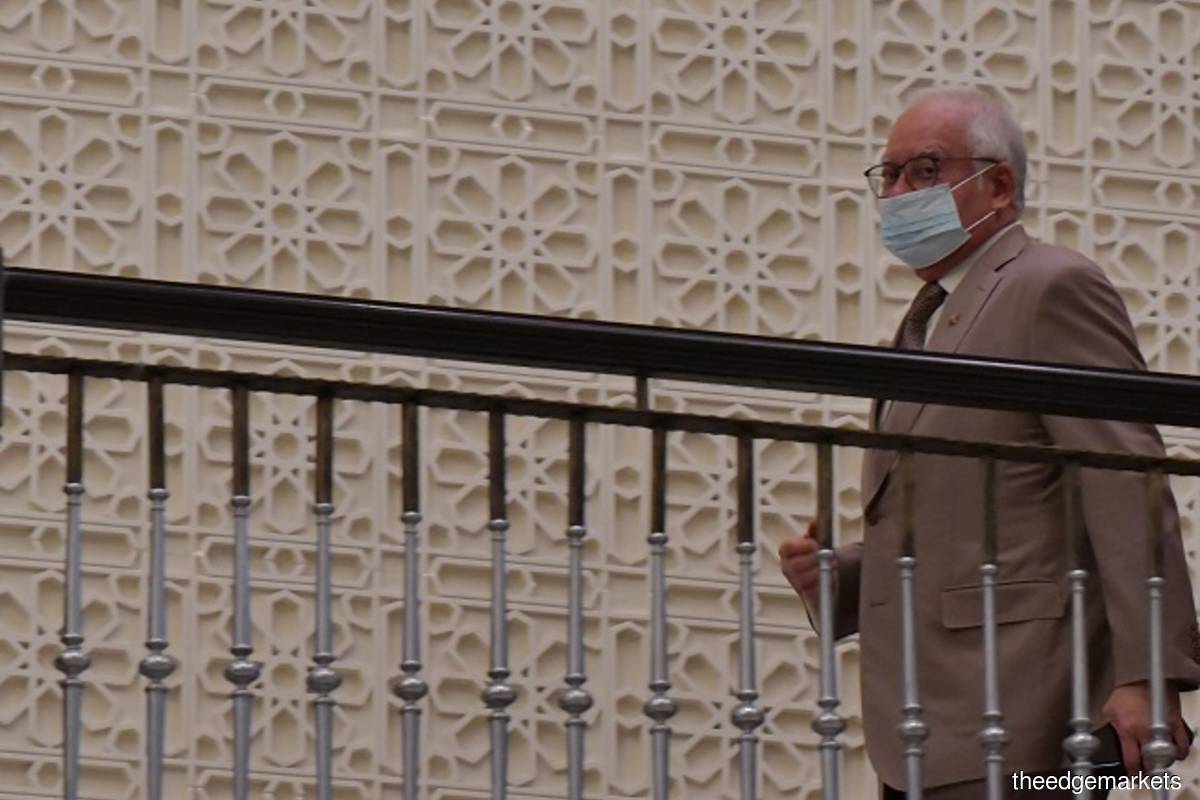 “The prosecution's case relied heavily on the testimony of Suboh, and even then, when he gave five recorded statements to the Malaysian Anti-Corruption Commission, he was inconsistent," senior lawyer Tan Sri Muhammad Shafee Abdullah submitted in the Court of Appeal.

Shafee noted that Suboh, the former SRC director,  had testified that he signed documents agreeing to the transfer of funds from the company.

“We say that the prosecution's case against Najib should have fallen like a (house) of cards because of this testimony, which was never rebutted. Yet, the trial judge had supplemented this finding and challenge by claiming that Suboh had suffered a stroke and the possibility of him being forgetful,” said Shafee.

The lawyer said Justice Mohd Nazlan Mohd Ghazali should not have supplemented the prosecution's case and his written judgment by making such conclusions, which according to him are not based on testimony.

Hence, he believes the High Court was wrong in ordering Najib to enter into his defence.

Judge acted as a second prosecutor

Not mincing his words, Shafee said Justice Nazlan had acted as the second prosecutor in finding his client guilty.

“This cannot be done and is wrong in court procedure and trials,” he said. “I will cite several case laws to show that this (acting as a second prosecutor) cannot be done by the trial court.”

Shafee had earlier in the day also accused the High Court judge of bias and of "lacing his written judgment with poison" by allegedly meddling with the notes of proceedings. This had earned Shafee a caution from Justice Datuk Abdul Karim Abdul Jalil, who is heading the three-member Court of Appeal bench.

On the issue of Najib allegedly receiving gratification three and a half years after Retirement Fund Inc (KWAP) started issuing the loan in 2011 and 2012, Shafee pointed out that the charge against the former premier was under Section 23 of the MACC Act 2009. He asked what role Najib had played, leading to approving the KWAP loan and only receiving it three and ahalf years later.

“With questions surrounding Suboh's testimony and the possibility of his and former SRC managing director Nik Faisal Ariff Kamil's signature also being forged, there are questions as to who sanctioned this transfer.

“Questions are being raised on the bank (AmBank), where the SRC account is, to allow the transfer of money to be made based on an email directive. This is so, as there is evidence from the court itself that the company is not allowed to issue such a transfer via a directive mail to the bank, as it is not agreed by the board,” Shafee argued.

Hence, he said it is puzzling as to who allowed the transfer of money from the company.

How to link the RM42 million to the KWAP loan is also in question, he claimed.

Noting that the transfer of funds was not made directly to Najib's accounts, Shafee said SRC made payments to two companies, namely Ganding Mentari Sdn Bhd and Ihsan Perdana Sdn Bhd, which later transferred the money to the former premier's accounts.

The lawyer also said that the person who could be responsible for the transfer was former SRC director Terence Geh Choh Heng and its former chief financial officer See Yoke Peng, but they were not called to testify in the trial.

Shafee also said the bulk of the RM4 billion had been immediately brought out of the country after the loans were granted by KWAP, and hence questioned the authorities labelling the RM42 million as the source of the KWAP funds.

Geh, who is closely linked to fugitive businessman Low Taek Jho (Jho Low), is also out of the country and is being sought by  the authorities.

The High Court had on July 28 found Najib guilty of abuse of power over the approval of loans totalling RM4 billion from KWAP in 2011 and 2012 for SRC. He was also convicted of criminal breach of trust involving RM42 million of the company's funds deposited into his AmBank accounts. The former premier was also found guilty of money laundering with regard to the RM42 million.

Najib, who was sentenced to 12 years in jail and fined RM210 million, is appealing against his conviction and sentence.

During today's hearing, there was also an outage of the video and audio feed from the court for one and a half hours. The media depend on the feed, as they are barred from entering the open court to cover the trial due to the pandemic.

Speaking to reporters about this, Shafee said he had informed the court about this after he was alerted of the matter. The lawyer said he will bring this matter up with the bench again tomorrow, when hearing continues.