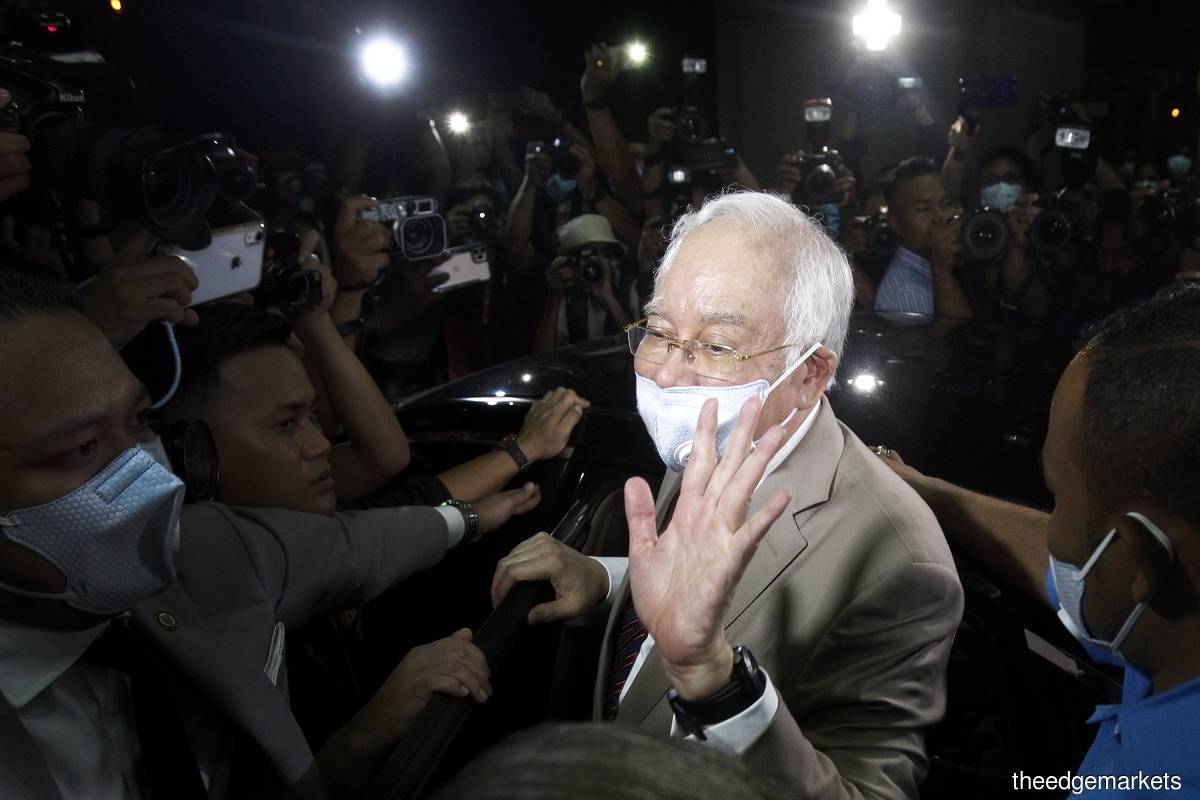 Najib waving to the crowd outside the Kuala Lumpur court complex on July 28. (Photo by: Mohd Izwan Mohd Nazam/The Edge)

Najib, 67, who was in blue shirt, arrived at the court at about 1pm with his son, Norashman, who is understood to be his bailor.

After that, the Pekan Member of Parliament was seen leaving the High Court criminal registry and left the court premises at 1.30pm.

While passing by the media members and photographers, Najib jokingly said the photographers had already shot many photos of him yesterday (July 28).

Yesterday, in allowing Najib’s application for a stay of execution of the sentence and fine, pending appeal to the Court of Appeal, the court raised his bail amount by another RM1 million and ordered it to be paid today.

Najib is already on a RM1-million bail.

The court also ordered the former prime minister to report to the nearest police station twice a month.

He was sentenced to a total of 72 years in jail and fined RM210 million after the court found him guilty on seven charges of criminal breach of trust (CBT), money laundering and abuse of position involving RM42 million in SRC International Sdn Bhd funds.

However, Najib will only serve 12 years in jail as High Court Judge Mohd Nazlan Mohd Ghazali ordered all the jail sentences to run concurrently.