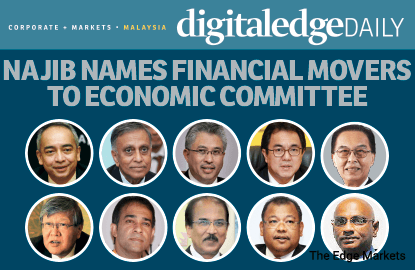 KUALA LUMPUR: Datuk Seri Nazir Razak, head of Malaysia’s second-largest bank, who has openly voiced his concern over the ringgit’s slide against the US dollar, has been named to a newly set up committee dealing with restoring confidence in the capital markets.

Najib said several officers from the Finance Ministry, Bank Negara Malaysia, the International Trade and Industry Ministry, the Securities Commission Malaysia and the Prime Minister’s Office would also be included in the committee line-up.

The SEC will look at short- and medium-term strategies to strengthen the country as confidence among global investors ebbs. The committee will meet weekly or more frequently if needed to assess and propose urgent steps. The first meeting is expected to be held next week.

Bernama reported Najib as saying that the SEC will report directly to him, and that he will scrutinise the current issues, such as the ringgit’s value, maintaining the stability of the financial industry and improving confidence in the capital markets.

The Economic Planning Unit will serve as the secretariat of the SEC, led by the unit’s deputy director-general Datuk K Yogeesvaran.

Najib was also reported as saying that the new committee is merely a short-term solution, and that it will only be operational until the global economy bounces back.

Economists said execution would be the key to the success of the SEC.

“Execution of the proposed strategies by the committee will be key, as well as ensuring that these strategies are consistent with government policy and procedures,” he noted.

Sia is of the view that the composition of the committee members is a good mix, considering that it has bankers, government officials, academicians as well as corporate leaders working together.

“The government has made a good choice in deciding the members of the SEC, as they are renowned for their expertise in economic matters, and will be able to provide constructive feedback to the prime minister on the country’s economic issues,” said Sia.

An economist at RHB Research said only time would tell whether the new committee is able to restore confidence among international investors in the country.

“I am pretty sceptical about the committee’s ability to regain international investors’ confidence as it will need to tackle issues like [the] narrowing of the fiscal deficit, consolidating public funds, minimising leakages and [stabilising] our balance of payments, and this will require a long period of time,” he said. 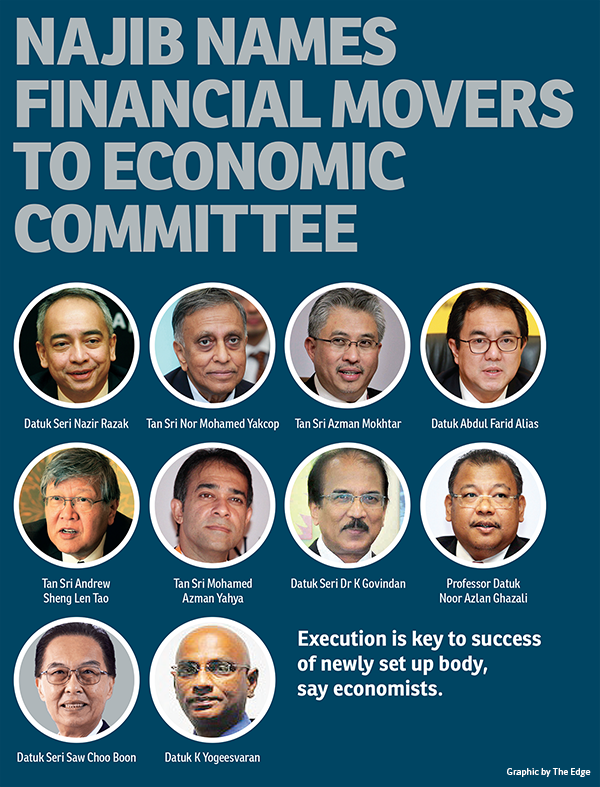 This article first appeared in digitaledge Daily, on August 27, 2015.