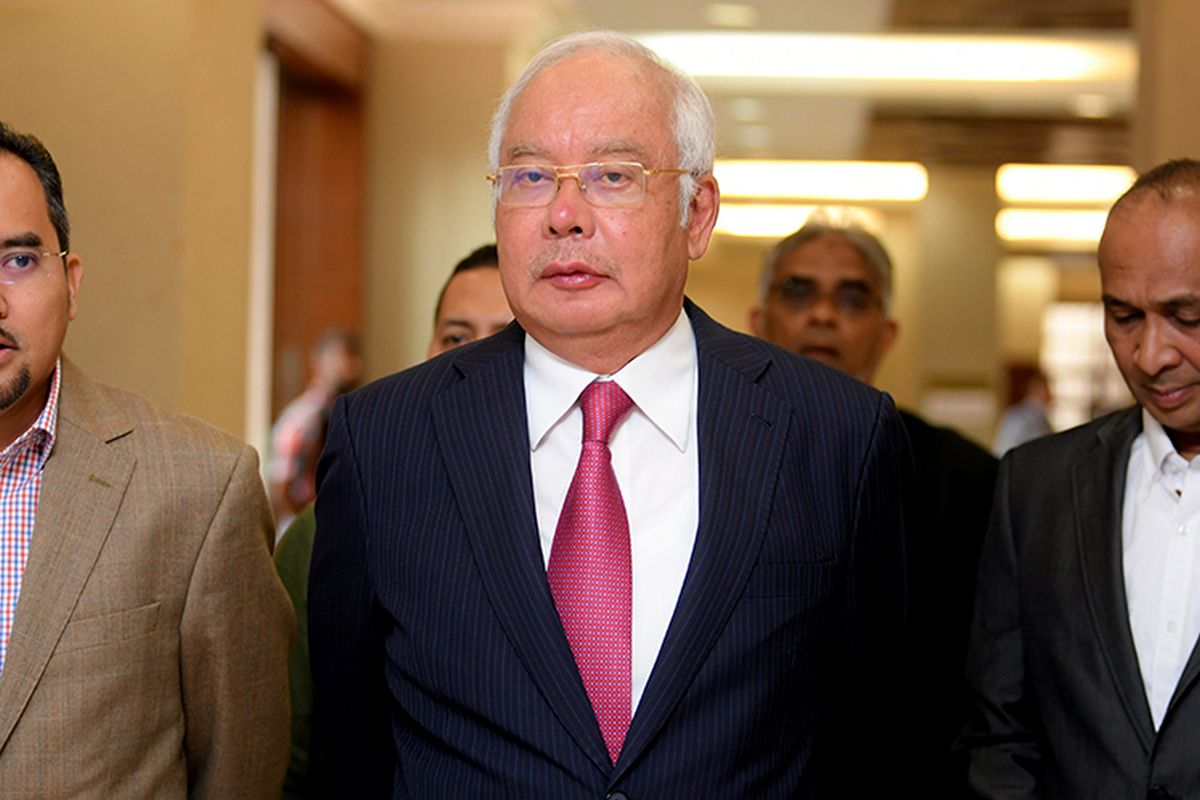 PUTRAJAYA (Dec 2): Former premier Datuk Seri Najib Razak has stated 307 reasons in his petition of appeal to set aside his conviction and sentence in the SRC International Sdn Bhd case

Among others, he claimed that the trial judge, Justice Mohd Nazlan Mohd Ghazali, was wrong in finding that his action of not returning the RM42 million SRC money was detrimental to his defence.

He also claimed in the 42-page petition that the judge was wrong in rejecting his defence over the contribution made by the late King Abdullah of Saudi Arabia.

The petition of appeal filed with the Court of Appeal was dated Oct 19.

Najib has been found guilty of all seven counts in the case, including three for money laundering, three for criminal breach of trust (CBT) and one for abuse of power in relation to the SRC money.

Justice Nazlan on July 28 sentenced him to 12 years' jail and a total fine of up to RM210 million.

Najib's appeal will be heard for several days beginning Feb 15 next year at the Court of Appeal. The appeal is also fixed for further case management this Dec 23.

Other reasons cited by the former premier included Justice Nazlan finding former Yayasan Rakyat 1Malaysia (YR1M) former CEO Ung Su Ling a credible witness, and that her testimony was accepted was in error.

This comes as Najib's defence previously attacked her credibility as she had worked with fugitive businessman Low Taek Jho (Jho Low) before joining YR1M.

The former premier's lawyers also said the High Court was wrong in not considering the duplication of the money laundering and CBT charges, arguing that only one of either charges should have been made against Najib.

They further said that they would prove in the appellate court that Najib was not given a just and fair hearing, as the actions of the judge and the prosecution purportedly violated the former premier's rights to this as enshrined in the Federal Constitution.

Najib's lawyers further argued Justice Nazlan was wrong in his finding that with the former premier not allowing then second finance minister Datuk Seri Ahmad Husni Hanadzlah to retrieve the said SRC funds from Switzerland, it showed the defendant's interest in the matter.

Ahmad Husni had testified that he wanted to go to Switzerland in 2013 to help retrieve the SRC funds that were frozen by the Swiss authorities after a portion of the RM4 billion loan granted by Retirement Fund Inc (KWAP) was transferred there.

While testifying in his own defence, Najib argued that he wanted Ahmad Husni to explain his plan to recover the funds.

His lawyers said that Justice Nazlan was also wrong to find that their client was a "shadow director" of SRC, which they said is against Section 402A of the Penal Code.

In addition, the judge had erred in finding that the return of funds to Putra Perdana Construction and Permai Binaraya Sdn Bhd, whose beneficial owner was Jho Low, showed that the former premier's accounts were manipulated by other individuals.

They further argued that the judge was wrong and did not consider Najib's mitigation in sentencing the former premier to a long-term jail sentence and heavy fine.

'Worst case of abuse of position'

Justice Nazlan, in his 500-plus pages of grounds of judgment for SRC, described the case as the worst case of abuse of position.

The judge said while Najib had made contributions to the well-being and the people's betterment in many different ways, the court would let political history debate whether the former premier of nine years had done on balance more good than harm.

"This very process (the long trial) would arguably be inimical to the ideals [of the nation] of a clean administration that does not tolerate corruption and abuse of power.

"What this court seeks to affirm is the sanctity of the rule of law and the supremacy of the Constitution. No one — not even one who was the most powerful political figure and the leader of the country — enjoys a cloak of invincibility from the force of the law. Any notion to such effect is the very antithesis to the Article 8 of the Constitution that enshrines that rule that all persons are equal before the law," he said.

Justice Nazlan further described Najib's ascension to the pinnacle of the country's leadership and his grip on power caused citizens to place the former premier in a position of trust in the system of constitutional democracy.

However, his conviction of all seven charges concerning abuse of position, money laundering and CBT constitutes nothing less than "an absolute betrayal of that trust", said the judge.

"For this reason, I consider the conviction of the accused for abuse of position under Section 23 of the MACC Act as the most serious transgression amongst the three given his position of trust as the nation's prime minister and finance minister when the offences were committed."

Hearing of Najib's SRC appeal to begin on Feb 15