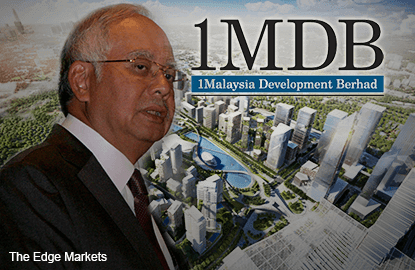 Najib said the 194ha (486 acre) Bandar Malaysia here was an integral part of the government's initiative to propel Malaysia towards becoming a high-income developed economy. Bandar Malaysia is the site for the old Sungai Besi airport.

"This strategic move to woo foreign GLCs (government-linked companies), MNCs (multinational corporations) and major private investors to set up and relocate regional offices in Bandar Malaysia, would create the demand for high-powered talent and effectively help stem Malaysia's brain drain to other countries.

"This is an open endorsement by global companies of their continued confidence in Malaysia and a testimony of their faith in Malaysian economy, which remains fundamentally strong," Najib said.

He was speaking at a ceremony here to announce China Railway's proposed regional centre in Bandar Malaysia, a project by Malaysian government-owned 1Malaysia Development Bhd (1MDB).

Najib said Bandar Malaysia would serve as the country's gateway to the world through the planned High Speed Rail to Singapore, and the Pan Asean Rail Transit to Bangkok.

According to 1MDB's website, the Bandar Malaysia township is designed to support Greater KL as a new engine of growth, and was focused on the affordable housing concept.