MySay: In a war between species, we must understand and harness fear 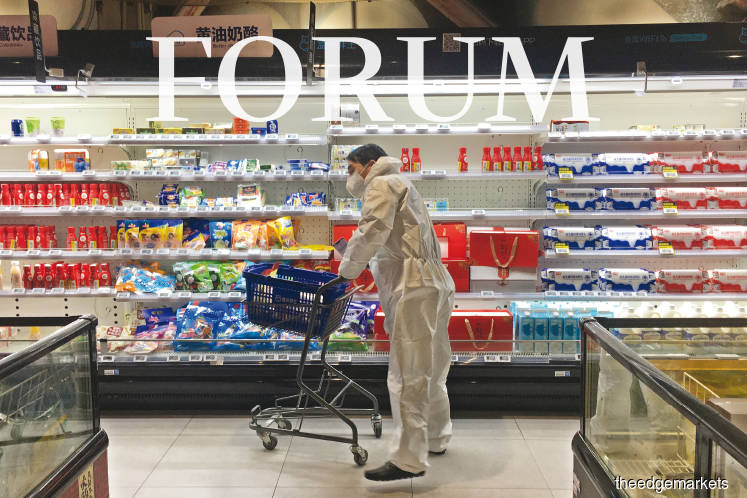 The story of viruses began billions of years ago. Its latest milestone is the World Health Organization’s (WHO) announcement of a Public Health Emergency of International Concern for the 2019 novel coronavirus (COVID-19) outbreak. Humans, or homo sapiens, a species only 300,000 years old, is ­panicking at the invisible.

Indeed, this is a war between species, not between countries or individuals. This war should be founded on facts, science and solidarity, not rumours and divisiveness. Humanity should be ­devoting all of our energy to saving lives, supporting global science as it races to find, manufacture and distribute a vaccine and a cure, protecting frontline health professionals, strengthening health systems, ensuring the human rights of the 41 million quarantined Chinese citizens or those facing any form of shortage, and preserving global confidence, trade and movement.

Instead, the worst instincts of human society have been awakened. Societies are panicking and even dehumanising an entire country, governments are wasting precious energy reassuring their population instead of fighting the disease and injustice and profiteering could emerge when distributing scarce resources. The historically low trust in governments is exacerbated by false news on social media, which moves at light speed, nationalism is hyper-fuelled by a convenient xenophobic excuse to shut out “dangerous foreigners” and racism is on the rise. Fear could now be mixed with anger at the death of one of the whistle-blower doctors in Wuhan.

During outbreaks, trust and confidence are as important as vaccines and hospital beds. Why then are human societies reacting with such fear and panic? How are they expressed? How can governments harness fear for public health pur­poses, and legitimately win the hearts and minds of their citizens?

Epidemiologists are still establishing the Ro or basic reproduction number — an indication of how contagious an infectious disease is — for COVID-19, but we know that the Ro for the virus of fear and panic is infinity. We must understand the deep places that fear comes from, so leaders will know how to fight unnecessary or destructive fear.

As a survival tool, fear is inevitable and useful during outbreaks. Humans genuinely believe there is an actual risk to their lives as our survival instincts have been sharpened by 300,000 years of evolution. Fear kept us alive by giving us the skills to identify poisonous animals and malicious individuals. In correct and appropriate quantities, fear during outbreaks can be useful by stirring the ­population to take adequate health measures. When it is disproportional or irrational, fear can destroy health systems, societies and nations.

Outbreaks challenge the mastery of the human race and induce feelings of powerlessness, leading to fear. As the apex species on planet Earth, we hold power over all of the world’s species of animals and plants. Such complete control breeds a belief (or hubris?) that humans have dominion even over microscopic viruses and bacteria. When it turns out that our abilities are equally microscopic, fear develops because we have lost a sense of control over our world.

Fear also comes from the unknown, ­especially when a citizen who angrily demands to know “how dangerous is this virus?” receives the unsatisfactory answer, “we don’t know, but here are some numbers”, from scientists and governments. The cognitive ability of the average human is not ready for the infinite variety and lightning speed of new information. We can’t understand such a rapidly changing world. Therefore, we fear because we don’t know enough, and also because what we know keeps changing.

Humans are good at spotting inconsistencies as our survival depended on us spotting the dangers in the quietly rustling bushes. Citizens will fear when they see inconsistencies between perceived threat and actual response; if there is nothing to worry about, why did China quarantine 41 million people? Why did some countries issue a partial travel ban, others a full travel ban, and yet others no ban at all? If we should trust facts and scientists, why can’t they all agree? Why aren’t countries following WHO’s recommendations? We fear because there are inconsistencies in the outbreak responses, and no rhyme or reason to decisions.

A lack of trust breeds fear. In such high-risk and low-information outbreak settings, trust is as crucial as vaccines and science. However, neither democratic nor dictatorial modern governments ever really stood a chance of gaining their citizens’ trust. In just several hundred years, the recipients of citizens’ trust changed at dizzying speed. We moved from trusting kings and religion in the Age of Empire to trusting experts and empiricism in the Age of Enlightenment to trusting friends and family in today’s Age of Intimacy. Modern governments simply have not lasted long enough to build enough institutions or familiarity to gain citizens’ trust. We fear because we do not trust or know who to trust.

Finally, outbreaks cause fear also because they undermine the careful collection of nation states we have organised ourselves in. For millennia, human ­societies have used borders to define a specific physical territory where the rights and duties of citizens and leaders are ­interplaying. Legal, political, geopolitical and psychological order is maintained through those borders, in most cases, creating a coherent sociocultural identity. Outbreaks demolish the notion that we are protected from “the foreigner” if we can secure those borders with guns, walls or travel bans. When viruses that have no passports breach those borders, we fear because order is lost.

These are the fundamental evolutionary, biological, logical, psychological, sociopolitical and geopolitical reasons for why we fear outbreaks. Understanding why we fear is an excellent first step to fighting outbreaks, because we need calm and sensible responses to this outbreak and all future ones.

All these reasons for fear are deep-seated and perfectly understandable. However, fear is being expressed in irresponsible and perhaps even immoral or illegal ways. For example, although travel bans generally do not work, countries are resorting to them for a combination of reasons. There could be some robust public health analyses, an irrational or disproportional fear, a vocal minority skewing the political decision, or simply chauvinism.

Some politicians could also be using travel bans to score cheap political points or portray themselves as actively doing something to defend a country’s security. There could be nationalism at play, or fear of China ascending in economic, military and geopolitical terms. Any one of these reasons can cause civil or political strife and unravel the fabric of society.

Unusually, the world is not showing solidarity during this species-level threat. #prayforwuhan has 172,000 Google results but #prayforaustralia has 3.1 million (as at Feb 6), despite both events taking place in the same month of January. Both crises are equally important, but given the transnational nature of outbreaks, one might imagine that there would be more solidarity with China. But where are the donation drives, the “I Stand With ­China” social media posts, or the standard “sending thoughts and prayers to Wuhan” comments?

Nationalism and racism have worsened the migration and refugee challenges, and now they are complicating outbreak responses. Some politicians, citizens or media are blaming or dehumanising an entire country and an entire people, ­hiding behind an expressed desire to protect themselves and their own country. Fear, both reasonable fear of the disease and unreasonable fear of “the other”, is aiding all of this.

“The only thing we have to fear is fear itself,” said Franklin D Roosevelt as he rallied the US against the Great Depression. This outbreak is a war between species, not countries, so we must attack the ­virus, not vilify the country.

The hearts and minds of citizens are won with strong public services, government competence and transparency. However, governments must also deeply understand the fundamental reasons for fear, to better reassure their citizens and also to harness it. Tailored risk communication strategies based on a deep understanding of the sources of fear are among the crucial first steps in any outbreak.

Paradoxically, the right type, amount and intensity of fear could be helpful for public health. It challenges complacency and focuses the mind. It also creates incentives for good hygiene behaviour like handwashing and encourages citizens who otherwise take health for granted to focus on educating themselves.

On a political level, fear could be the impetus for rewriting rules of health systems and outbreak responses, and allow smart governments to seize the timing to reframe national-level resource allocation exercises. On a long-term basis, harnessing fear during outbreaks builds habits and reflexes that can be helpful during future outbreaks. Fear is inevitable during outbreaks for the reasons elaborated above, so we should harness constructive fears and eliminate destructive types.

Competence, transparency, risk communication and harnessing fear constructively must, therefore, come in a package during outbreak responses. It must be followed by leadership away from discriminatory, malicious or dangerous rhetoric, and actions. Civil society, the media and citizens must call out such actions based on a better understanding of the psycho­logy of fear during outbreaks.

Viruses have no passports, citizenships, nationalities or identities. The quicker we can harness our fears and change our mindsets away from “us versus foreigners” to “humans versus viruses”, the quicker we can make bold political choices to save ourselves from this outbreak and prepare for the next one.