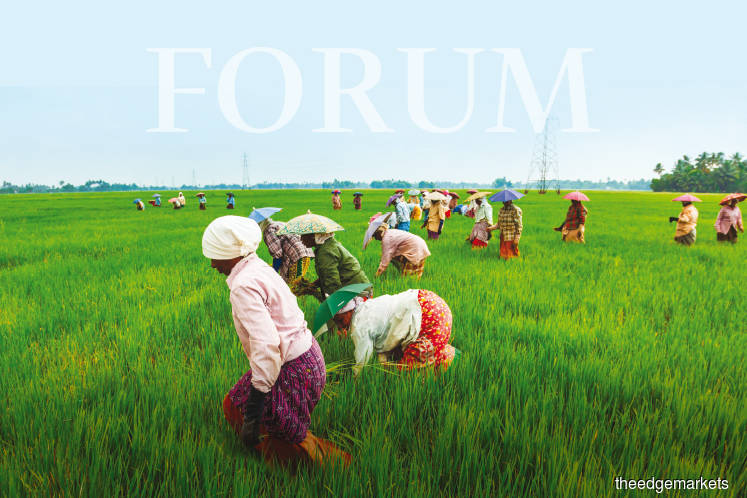 The former governor of the Reserve Bank of India, Raghuram Rajan, published The Third Pillar earlier this year. The book has a more illustrative subtitle — How Markets and the State Leave the Community Behind — which defines what Rajan means by the third pillar. It is an ambitious book as it tries to weave together broad strands of literature on economics, sociology and history.

The Third Pillar has not been as well received as Rajan’s 2010 book, Fault Lines, which describes the causes and consequences of the 2008/09 global financial crisis, but it presents a broad analytical framework to understand the effects of and responses to globalisation and forms a basis to address the resulting inequalities.

Rajan’s main thesis is that the classical analytical framework of the duality of the state and markets, the public-private dichotomy, is inadequate, unbalanced at the very least, to take the interests of the community into consideration.

Communities are local by definition — the antithesis of globalisation — and Rajan’s advocacy of the third pillar — the community — is akin to the advocacy of place-based policies as a counterweight to the state’s preoccupation with the nation and the search of the markets for efficiency and returns that are naturally geared towards integration and scale.

He adopts a classical view of technological change as exogenous shocks; that these are disruptive and lead to breakdowns in economic and social relationships, especially at the local level. A place is much more than a location but encapsulates relationships between its inhabitants and their social institutions. Managing aggregate outcomes that oftentimes preoccupy the state ignores the unique community-level interests and distributional issues.

If technology is more broadly defined as “the way to do things”, then such technological changes encompass institutional changes as well — changes to the rules of the game and not just technology in the scientific sense. Globalisation and the facilitation of the movement of factors of production, particularly of capital, and enlarged market access have redefined markets and altered prices and income globally. Globalisation is therefore akin to technological changes. There are winners and losers in this process and unmitigated by local interests, the state and markets interact in a way that does not always benefit localities, which is the source of the inequalities that we see today. Hence, the need for the third pillar.

I find Rajan’s advocacy of place to be a populist call that seems at odds with the precepts of economic geography, which is logically premised on relative prices and, therefore, the competitiveness of location. That notwithstanding, I am attracted to two notions in Rajan’s thesis. The first is taking institutional changes as an exogenous shock that changes, in fundamental ways, how things are done at the local level, and secondly and related to the first, that there should be stronger empowerment of communities, especially in the public policy market. Community well-being and by aggregation, national well-being, is too important to be entrusted to the duplicities of politics and the animal spirits of the markets alone.

The euphoria that resulted from the change in government in the last general election seems to have subsided, quite considerably, in some circles. The initial goodwill and political capital were used to effect some changes but when reading Rajan’s book, I realised that there had been few institutional changes in the last 1½ years. There have been some non-traditional appointments but there have been few institutional changes and the goodwill has largely dissipated. Institutional changes entail changes in how things are done and not just in who does it, and these changes are effected mainly through legislative means.

Therefore, the most significant change that could be made is to the parliamentary process itself — the way parliament functions. Members of the Dewan Rakyat in parliament cannot just be involved in asking questions during question time and taking part in debates on bills that they cannot amend and were not consulted to begin with. Quite simply, a perfunctory role to fulfil some constitutional obligation. While six new select committees of the Dewan Rakyat have been introduced, the committees themselves are largely non-functional in either a legislative role or oversight of statutes and the executive. These should not be perpetuated.

The select committees need to be functional for parliament to function the way it should in enacting laws and in its oversight of the executive. An examination of legislation pertaining to statutory bodies, for example, will show how powers are concentrated in the executive. Ministers are typically endowed with authority to direct statutory bodies and also to grant exemptions to regulations.

In some cases, decisions by statutory boards in carrying out their responsibilities are subject to ministerial approval. There may have been a time when such authority needed to be concentrated in the executive branch but such provisions in the law, especially without parliamentary oversight, are the causes of many instances of abuse of power and corruption. The abuses that are currently on trial in the courts today are the result of the concentration of powers and the lack of oversight.

Therefore, provisions in the existing laws that do not provide for separation of roles and authority should be reviewed and amended. These are the kinds of legislative efforts that will change the rules of the game in some fundamental way that will have a disruptive effect on the relevant constituencies. In an empowered environment, the oversight function must be a robust one. Empowerment and a freer, more open environment necessary for the generation and operationalisation of new ideas must come with a robust and effective legislative and regulatory role.

The genesis of the change in government last year was probably the Reformasi movement that started in 1998 and that movement, if one can call it that, was one that was empowered by civil society. It was not just about partisan politics in the political marketplace but also about non-governmental organisations, volunteerism and crowdsourcing of funds and resources. This same spirit should be empowered in governing the country now, especially in empowering local communities as well as in customising policy interventions at local levels.

The public sector is already bloated and unless it is significantly transformed, its scope either to do new things or the same things in a better way is limited. This makes the case for empowering the community and civil society. The momentum of the involvement of civil society in effecting change must be continued. So must change the perception that civil society is opposed to the government. It is a partner as the third pillar.

The need for strong oversight and empowerment of the third pillar is also necessary in the light of the ever-present threat to the interests of the business-politics nexus, an ever-present threat to public interests. This potentially symbiotic relationship between the state and markets is at the core of why the community can sometimes be left aside in the interactions between the state and markets. It must be recognised that businesses and business interests can be highly organised and well resourced to lobby the government. That is why one of the key legislative initiatives is about political funding — making transparent which business interests are behind which political parties and what their legislative priorities and positions are.

Finally, the concept of local communities is required for the economic development agenda. For far too long, local communities have had little say and role in charting their economic agenda to the point that there is hardly any local productive economy outside urban centres. It is uneconomical to have autonomous local governments outside urban centres but the voice and participation of rural communities in their own development need to be enhanced. Therefore, the development of local social institutions should be a big part of the development agenda. These can be developed around existing local institutions, such as schools, which would also socialise the education process — the only way to improve local schools.

I may not wholly agree with Rajan’s premise but interpreting his third pillar as empowering local communities makes sense for the Malaysian case today, where the energy and creativity of non-state actors need to be unleashed. And the key institutional reform to empower communities can be predicated on the principle of devolution of power — decentralisation as well as separation of powers while at the same time strengthening oversight capabilities.