MySay: For the rakyat, the struggle for a better Malaysia that we can be proud of is a never-ending one 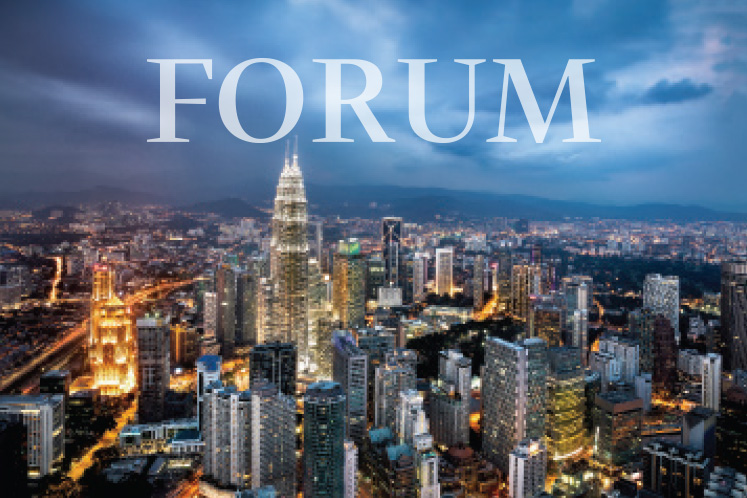 From a political perspective, the past week has been a whirlwind for all of us Malaysians. And, at the time of writing, while we have the eighth prime minister of Malaysia in Tan Sri Muhyiddin Yassin, the aftermath is still playing out. Naturally, Malaysians have not sat idly by and merely observed obediently, especially not in an age of social media ubiquity.

The reactions to events have ranged across an entire gamut of emotions. From some corners, there was thunderous applause. From others, there was rage and total dismay. And from others, there was humour — it is probably worth mentioning that one of the winners (if there are indeed any winners in this chaotic situation) of the past week was the online satirical site, The Tapir Times.

Personally, I was most struck by those who felt helpless. A tweet by someone I respect summed up those reactions. It goes, “The politicians do what they can and the [plebeians] suffer what they must.” In essence, it captures the feeling that the rakyat — whom the politicians should represent and fight for — are powerless when it comes to the political battles of power, regardless of which side of the political divide you are on.

So, in light of that feeling, what can the rakyat do? Well, in thinking about this question, and indeed of the sense of powerlessness that the rakyat feel amid all this political jostling, I was reminded of the series finale of one of my all-time favourite television series, Angel. Angel is a spin-off of Buffy the Vampire Slayer, where the lead character, Angel, is a vampire with a soul who is trying his best to seek redemption for his terrible sins over the centuries.

There are two lessons from the Angel series finale that I think apply to this situation. There are spoilers here, but, in fairness, the series finale was aired in May 2004, so the statute of limitations on spoilers should have expired. Anyway, in the series finale, titled Not Fade Away, Angel and his crew are making a move to eliminate all members of the Circle of the Black Thorn, a group of evil-doers looking to bring about the apocalypse. Knowing that this may be the very last day alive for himself and his crew, Angel asks his team to spend their last day however they wanted before they moved on the Circle in the night.

One of Angel’s team members, Charles Gunn, visits the East Hills Teen Center, a place that provides shelter and support for homeless or wayward teenagers in Los Angeles. At the centre, Charles spots the director of the centre, Anne, whom he has known for a long time. Anne is loading newly donated furniture onto a truck to be brought to the centre’s new expanded shelter. Charles goes to help her.

Here is the key part. As Charles helps out, knowing what he knows about the upcoming battle that night, he asks, “What if I told you it doesn’t help? What would you do if you found out that none of it matters? That it’s all controlled by forces more powerful and uncaring than we can conceive and they will never let it get better down here? What would you do?”

Anne replies, “I’d get this truck packed before the new stuff gets here. Want to give me a hand?”

I think that, to a large extent, many Malaysians feel that the political game that is being played by Malaysian politicians is ultimately, as captured by the earlier tweet, “controlled by forces more powerful and uncaring than we can conceive and they will never let it get better down here”. But Anne’s response is a tremendous source of inspiration. It basically says, “Even if all that were true, we should still help others as best as we can.”

The second lesson from Not Fade Away is at the very end of the episode. Angel’s crew has eliminated the Circle of the Black Thorn, not without some casualties, only to be met by a response from some very powerful demons looking to unleash hell on earth as payback. The series ends with Angel leading his crew into battle with the newly unleashed demon army saying, “Let’s get to work.”

And that I think is ultimately the most beautiful thing about the series. The idea that the path to redemption and the path to trying to make the world better, or at least less worse, is a never-ending one. Take it from the creators of the show. Showrunner Joss Whedon says, “… the point of the show is that you’re never done; no matter who goes down, the fight goes on.” Producer David Fury adds that the central theme of Angel is “that the fight never ends … You can’t ever win, but the fight is worth fighting”.

Similarly, the struggle for a Malaysia that we can be proud of is a never-ending one. Overcome one challenge and there will be another hill ahead. And, yes, sometimes we Malaysians shoot ourselves in the foot (or the face, as another friend of mine puts it), but we have to keep moving forward to build the Malaysia we want. It is always going to be messy and chaotic and it will never be a linear, smooth path.

Whatever your political affiliation, we cannot deny that Malaysians created history on May 9, 2018, for better or for worse. We also cannot deny that there were many Malaysian heroes, ordinary folk doing their best in extraordinary situations — voters who lined up for hours in the hot sun, Malaysians living abroad who fought so hard to bring ballots back in time for the election, the hundreds of thousands of volunteers at voting centres nationwide, police officers, security volunteers, RELA personnel and so many more.

However you feel about the outcome of the election, all these Malaysians showed the kind of spirit that we need to bottle up and take with us as we move forward in building our Malaysia, regardless of whatever the politicians do and want to do. Let’s keep packing the truck.