MySay: The next challenge — putting the lid on unemployment 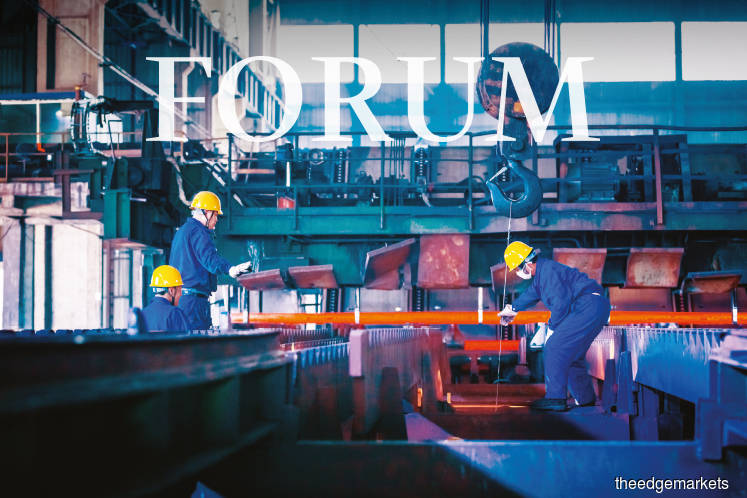 The Malaysian Institute of Economic Research expects some 2.4 million people to lose their jobs in the next couple of months, the majority of whom will be daily wage earners and unskilled workers.

The Covid-19 pandemic is entering its fourth month, and there are no signs that it is letting up. The economic outlook is getting grimmer by the day despite the slew of fiscal and monetary expansionary measures that have been implemented worldwide.

The focus is now shifting to the post-virus phase — and one view is that, even if the pandemic can be contained by the end of this quarter, the economic crisis that will be left in its wake will take even tougher policy measures to address. The reckoning is that the economic damage will continue long after the pandemic has run its course.

In fact, rating agency Moody’s thinks that economic conditions will continue to deteriorate in the next 12 to 18 months. It has downgraded the outlook for Malaysian banks to negative on the premise of higher asset risks and falling profitability.

One of the biggest challenges in such an environment facing many governments, including Malaysia’s, is rising unemployment. The World Bank, in its latest report, has warned of a third shock in Asia, especially in Southeast Asia. It projects that the pandemic could push another 11 million people into poverty, owing mostly to loss of jobs — the biggest quantum in a generation.

The RM250 billion stimulus package announced by the Malaysian government at end-March to mitigate the devastating impact of the Covid-19 pandemic is seen as a much-needed respite for the people, but the question on many minds now is: What happens when the fiscal pump-priming runs out in the next two to three months? In Malaysia’s case, policymakers will have their work cut out for them in view of the fact that government coffers are running dry.

The Movement Control Order (MCO) has now been extended to 28 days, and there is a likelihood of an extension if cases of infection do not decrease. Many businesses are in a vulnerable position, especially small and medium-size enterprises (SMEs), because most of them do not have very deep pockets to dig into.

There are currently about one million SMEs in Malaysia, which contribute some 37% to gross domestic product (GDP), 66% of employment and more than 17% to exports.

Certainly, the various funds that have been set up under the stimulus plan, along with the loan restructuring exercises and six-month loan deferment, will provide short-term relief.

It is good to note that all Malaysian banks have announced that they will not subject the deferment to compound interest rates, but the worry is that many businesses may still not be able to make any repayment after six months, especially if the pandemic is not contained by then.

The RM250 billion is a short-term lifeline and, going by how the pandemic has yet to play itself out, expectations are for the crisis to continue for some months. In fact, economists have warned that the aftermath of the health crisis and the economic wreckage left in its wake will require another slew of measures to help the economy climb out of the quagmire.

While rising unemployment is a consequence of all economic and financial crises, a worry is that, this time around, the jobless numbers will surpass those from previous crises. In the US, for example, jobless claims data for the last week of March was a whopping 6.6 million — a historic high surpassing the previous week’s 3.3 million, which was the biggest climb since 1982!  The number was 3,000% the pre-pandemic levels and much more than economists had expected. The International Labour Organisation has warned that the pandemic could wipe out 25 million jobs worldwide.

On the domestic front, the Malaysian Institute of Economic Research expects some 2.4 million people to lose their jobs in the next couple of months, the majority of whom will be daily wage earners and unskilled workers. The research think tank also projects that household income will fall 12% and that consumer spending will fall in tandem, by 11%. For comparison purposes, the number of retrenched workers during the 1997/98 Asian financial crisis was around 85,000, contributing to a 2.8% contraction in employment.

A continued rise in unemployment will not only lead to a further deterioration in overall growth because of the household earnings shock and erosion of purchasing power, but also in social problems, including a rise in the crime rate. As the saying goes, idle hands are the devil’s workshop. When the poor are faced with hunger, many will have no choice but to turn to petty crimes or, worse, robberies and more serious offences.

Adding to this conundrum is that of the jobless in Malaysia, a large number of whom will comprise migrant workers. This may well be an added problem that the government will have to grapple with in the coming months.

Not surprisingly, many governments, including ours, are devoting the bulk of fiscal spending on helping employers keep their workers.

Countries with stronger financial muscle can afford to pump more money into businesses to keep jobs until the pandemic subsides. Australia, for example, has so far announced a stimulus package of more than A$300 billion (RM798.6 billion), a major portion of which will go towards helping employers keep their workers. According to news reports, under the job keeper subsidy scheme, all workers will be paid A$1,500 a fortnight for a period of six months. This is provided SMEs can show a 30% fall in revenue, whereas big businesses with revenue of more than A$1 billion must show a 50% drop in revenue. Also, under the plan, affected businesses are eligible for interest-free loans of up to A$250,000 for a period of 12 months.

In Malaysia’s case, a view is that what has been announced so far is not enough to prevent a rise in the number of job losses. Apart from one-off cash handouts and rental exemptions, the government is also providing a subsidy of RM600 a month for all employees earning RM4,000 and below for a period of three months. To qualify, employers will have to show a 50% drop in revenue in their business.

On top of loan deferments, the government has also boosted the funds available for SMEs, not interest-free but at a reduced rate.

Given the growing view that the crisis can be expected to continue for the next 12 to 18 months, it is not a wild guess to opine that more negative data on the employment and growth front will emerge during this period.

Thus, it is timely that the government has announced the setting-up of a Cabinet Committee to develop strategic measures to safeguard the labour market from the impact of Covid-19. It will have to look into how best it can navigate the economy out of the storm, and a crucial factor is to prevent the unemployment rate from spiralling. This means keeping commercial activities going to provide job security and, thus, support growth.

And therein lies the challenge. Policymakers are caught between a rock and a hard place – the government is running low on fire power, aggravated by an expected fall in tax revenue and oil income. Will there be a need for another stimulus exercise? Very likely. But the government must prioritise and channel funds efficiently to areas that need them the most to obtain optimum multiplier impact.

Anna Taing is managing editor at The Edge