MySay: The new government gets distracted in this equilibrating process 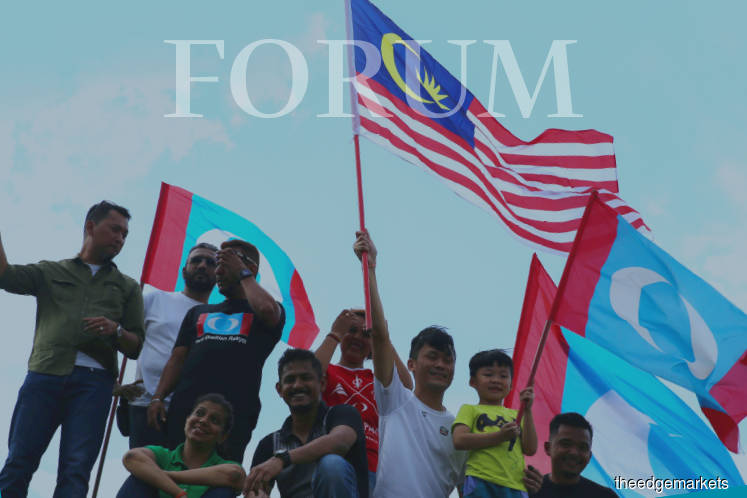 The concept of equilibrium can be subtle, and a much criticised one as well in economics — it is that state of balance where opposing forces are equalised and a sort of stability is obtained. In economics, markets are cleared at that price where supply and demand are equalised — an elegant concept.

Of course, markets are dynamic. Things change on both sides of the market. There are incremental changes where markets will be perturbed but things adjust quickly to restore the equilibrium, but there are also changes that are more disruptive, ones that change the nature of both supply and demand, such that they will take some time to equilibrate. The resultant new equilibrium may even be something different altogether.

It is like how digital technology changed photography and telecommunications.Some incumbent firms exit the market, others adapt and continue and new ones emerge. The outcome of the general election on May 9 was one of those disruptions that forces a new equilibrium in the political market. We are seeing it happening and that equilibrating process is unsettling and upsetting many Malaysians.

Democracy is a noisy process, a frustrating one most of the time, but the alternative is to go back to before May 9 happened — a situation where expediency in the name of some supposedly national agenda destroyed the democratic institutions and processes in the country. But some Malaysians are used to the display and exercise of decisive state power, some are unfamiliar with being empowered and being given the responsibility to decide — as individuals but for the collective good. People can be unfamiliar with freedoms and personal responsibility. Some look for uniformity, some use the newfound freedom tactlessly.

That Malaysia witnessed a change in government for the first time since independence is tumultuous enough but the unsettling part of the process is that the losing coalition, the ruling coalition since independence, is disintegrating. A contest between two coalitions is common enough and victory to either one is expected, even when the outcome has been one-sided for so long, but it is the inability of the Barisan Nasional coalition to hold together and the continuing break-up of its main party, Umno, that is creating the instability.

Clearly, after so long, BN was held together only by the power of incumbency and the benefits that came with it. The election was not a contest of ideas, which is what political contests ought to be, it was a naked contest for power. In a contest of ideas, there will always be a return match.

In this case, when the BN lost, with many of the component parties being wiped out, the coalition did not hold, it crumbled. Umno still won the most seats as a party, almost a quarter of all seats — no mean feat in any other circumstances — but it, too, was not able to hold together and play its role as an opposition to contest in the next election. Instead of doing that — regrouping and redefining its political agenda — the party resorted to dealmaking with the government as power is still the currency of its politics, not ideas.

The fragmentation of Umno and defection to Pakatan Harapan creates instability on the PH side as well. It changes the internal equilibrium within that coalition as well, and that then creates a whole new set of dynamics, one that can change the overall equilibrium. This is what we are seeing now.

It is rational to defect if the benefits from doing so exceed staying put, but how does an elected representative calculate his costs and benefits? Ideally, for a legislator, it should be about some sort of legislative agenda that is more likely to happen by defecting. This, of course, presumes that the political process itself is about the contest of ideas to make things better through lawmaking. That is definitely not the case here. Malaysian politics and its parliament are not models of legislative politics.

So, it is not likely these legislators are considering the costs and benefits of defecting on the basis of legislation to make the country a better place. In the main, many are just thinking of themselves, not even about the party they belonged to.

Malaysians are not naïve, they understand these political machinations much better than the political actors on both sides of the divide assume. The general population has decided they had to elect a new government, to vote out the BN government, and the hope is that they voted for a better government. They will tolerate a certain amount of politics but they will still look for deliverables when they decide the next time. The whole point of May 9 was to make political change normal.

Two issues captured the essence of voters’ angst in the last election: 1Malaysia Development Bhd and the cost of living. These are the issues that the government of the day must address.

1MDB represents a breakdown in governance, institutional failure and corruption. The criminal prosecution related to it has proceeded but the broader institutional reform has been slow. There have been two parliamentary sessions since the general election and the most significant reform has been the formation of six new standing parliamentary committees. This is a significant step but much more needs to done to transform national institutions.

Having instituted these standing committees, parliament must be empowered in both its legislative role as well as its oversight of the executive branch. The separation of powers in government — between the legislative role of parliament, the executive powers of the Cabinet and the judiciary must be made clear as well as the division of roles within the executive itself — between the Cabinet ministers, civil servants, regulators and law enforcement. The much talked about separation of the role of the public prosecutor from the executive, too, has not been resolved.

These reforms are legislative in nature and most of them require only a simple majority in parliament to push through as they are not amendments to the constitution. They are, admittedly, not simple matters but the conversations and processes leading to these amendments must start and the new parliamentary standing committees can be entrusted to do that.

As an economist, I find the problem of “cost of living”, which I will rephrase as “economic security”, which in turn has its origins in the inequality in the country to be a very challenging one. Prime Minister Tun Dr Mahathir Mohamad looked for the economic foundation of his Vision 2020 ambition back in 1991, and he had embarked on many initiatives during his first tenure as PM — from privatisation of state enterprises to state involvement in heavy industry and the information technology-based multi-media super corridor.

His successors tried agri-food and corridor development, and the previous PM attempted an Economic Transformation Programme and the New Economic Model.

Everyone came to the same conclusion — that we cannot reach the next level doing what we were/are doing and to continue on that trajectory will worsen the inequality within the country, especially in this interconnected world — but none of them have managed to really change the economy. Thus, the challenge of inequality and economic security remains and this should be the focus of this new government. The cost of living problem is not just about the level of prices but perhaps, more importantly, it is about the level and distribution of income and, therefore, it is about the structure of the economy.

This equilibrating process is made more precarious because this domestic process is taking place in a global political economy that is itself in flux. It does not help that both the government and a large segment of households are also saddled with debt and that government as an institution struggles with the competency to manage the whole process of governing.

The two main agendas defined here — institutional reforms and the search for new economic growth — are inter-independent. Solutions are found when the market for ideas is robust, has low entry barriers and is competitive enough that it prevents monopolistic tendencies. Allocation and production decisions should, therefore, depend on the outcome of this dynamic in the market of ideas. Power and authority is diffused in this manner, and the challenge for reforms has always been that those with the power and authority want to hold on to it and not diffuse it. Institutional strength — the aim of institutional reform — is obtained only when power and authority are appropriately diffused.

The PH government would do well to be reminded of these concerns as it seems distracted in this equilibrating process.