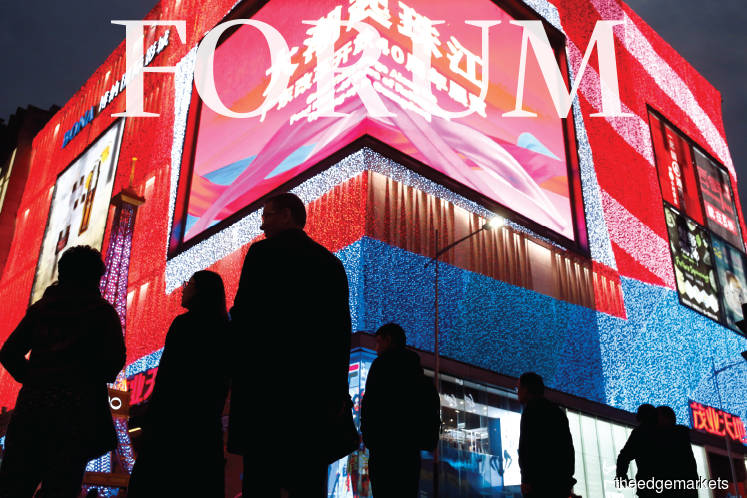 If you were a medical doctor trying to diagnose the health condition of a patient named Global Economy, you will frown when looking at his medical report.

First, his body temperature is above normal. A couple of paracetamols every six hours would do, you might think. His blood pressure is also on the border line, while his blood test shows an elevated level of cholesterol. Too early to prescribe receptor blockers and statin, you might say. But something bothers you more than others. His lungs do not sound very clear, and you know that this kind of wheezing requires close monitoring. A couple of Ventolin puffs are needed. You might also conclude that he may need corticosteroid to prevent a recurrence.

This more or less describes the current state of the global economy. Most parts do not look pretty, but they are manageable for now. Growth in the world’s largest economy, the US, will not likely collapse but will be slower in 2019. We will probably not see a 3% expansion in 2019, but most economists are still expecting a respectable mid-2% growth, judging by near-term labour market strength and capital spending trends.

Similarly, the second-biggest economy, China, will likely keep humming with a roughly 6% expansion. Of course, this is milder than its usual 6.5% to 7% annual pace. Still, this is not too bad considering the bashing it is getting from the trade war and the painful impact of the government’s past deleveraging measures.

That said, however, the medium-term prospects look a bit shaky. In the US, President Donald Trump’s economic stimulus will be out of steam by end-2019 and the repercussions of the rate hikes by the US Federal Reserve, led by chairman Jerome Powell, will kick in even more forcefully in the next year. This explains the president’s discomfort about the rate hikes that have taken place since end-2015. In Europe, Brexit disputes will put investors on the sidelines, while crude oil price swings will keep them breathless. Emerging market economies will be fixated on their capital flow trends as a strong US dollar dampens investor appetite for their currencies.

But the most pressing concern now is probably the global financial market. Major global indices have taken a hit in recent months, dipping below their long-term moving averages. The recent dive in US equities in late-December caused US Treasury Secretary Steven Mnuchin to hurriedly calm the market, fearing that wild swings in the financial market will persist.

In the bond market, the recent inversion of the 5/2 yield curve in the US testifies to rising near-term volatility in the financial market. If the most-observed 10/2 yield curve starts to invert by next year — which is likely to happen — then anxieties in the financial market could be magnified. One can imagine the bloodbath that could take place if global investors start to panic. But again, are investors becoming too paranoid? After all, the current macro backdrop is not as bad as it was back in 2008. Or is it?

The fear of a possible drying up of credit in the global financial market is understandable, as past crises showed that the rising value of the greenback and more costly capital (especially in the US) were among their key precipitating factors. Recent rollercoaster rides in the global financial market could induce investors to pile on dollar-denominated assets and hence add strength to the greenback. This will pose a stress test to dollar-dependent countries.

It is also notable that most economic crises in the past three decades — the Crash of 1987, Tequila Crisis, Asian Financial Crisis and Subprime Crisis, to name just a few — were preceded by spikes in the yields of risk-free assets, namely US Treasuries. And in the recent episode, 10-year Treasury yields have doubled since bottoming out in mid-2016.They could even climb further in 2019, especially when supported by factors like a rising Fed funds rate and higher US budget deficits.

Of course, the Fed funds rate is still at a multi-decade low. In fact, the market is predicting the rate to pause at around 3%, still lower than its average in the past two decades, but emerging market economies that have been hurt by events unfolding in countries such as Turkey and Argentina will be wary of the movements in US rates as well as the gyrations in the greenback.

An example can be seen in East Asia, where Indonesia’s rupiah took a beating in the final quarter of 2018, even after policy rates were raised a few times. Similarly, sentiment in the Malaysian financial market was affected in 2018, as evidenced by the largest net foreign outflows from the equity and bond markets (in the first 11 months) since 2015.

But would the financial market cause such chaos in the global economy? After all, incidents such as the Crash of 1987 did not do anything to the world economy.

A few things are worth considering. First, multiple factors are simultaneously at play — a shrinking US Fed balance sheet, Trump’s induced budget deficits, as well as the European Central Bank’s ending of its quantitative easing policy by 2019. Second, China’s struggle to balance its goal of cushioning the blow from the trade war whilst ensuring a controlled financial deleveraging process. And third, emerging markets’ vulnerability to capital flows as a result of massive inflows post-Global Financial Crisis. All these will keep global investors on their toes in 2019.

Against this backdrop, what would be on investors’ wish list going into 2019? A calmer trade relationship between the two largest economies will probably remain on top of the list. A softer approach in ironing out policy differences will invigorate the spirit to resolve various issues, without sparking excessive volatility in the financial market. It will also ease some pressure on the greenback, which in turn, will be positive for commodity prices. Stable crude oil prices will also take the burden off some oil-exporting countries, which are fiscally constrained in their policy-manoeuvring ability.

In the US, the assurance that the US Fed will remain independent in its decisions will help soothe investors’ anxieties. Containing the budget deficit, which is widening because of massive tax cuts, will also prevent unexpected spikes in bond yields. This will help smoothen capital flow trends in emerging markets.

Globally, efforts to alleviate economic imbalances at a pace that does not cause major macro disruptions should continue. This is more easily said than done, but as long as efforts are persistently made, major economic catastrophes can be avoided.