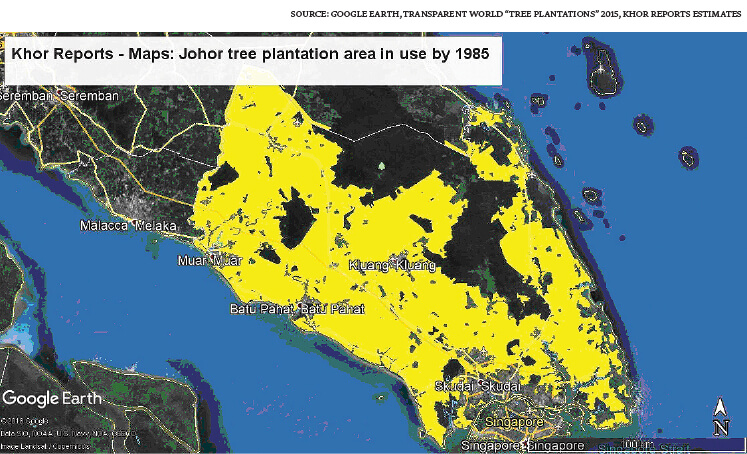 Case study: 99% of Johor’s current tree plantation zones of 1.2 million hectares (including mosaic landscapes and settlements) were in use by 1985. The Malaysian Palm Oil Board reports 700,000ha of oil palm planted in Johor. The state produces over three million tonnes of palm oil, and could satisfy almost half of the EU’s demand to an exacting no-deforestation rule. 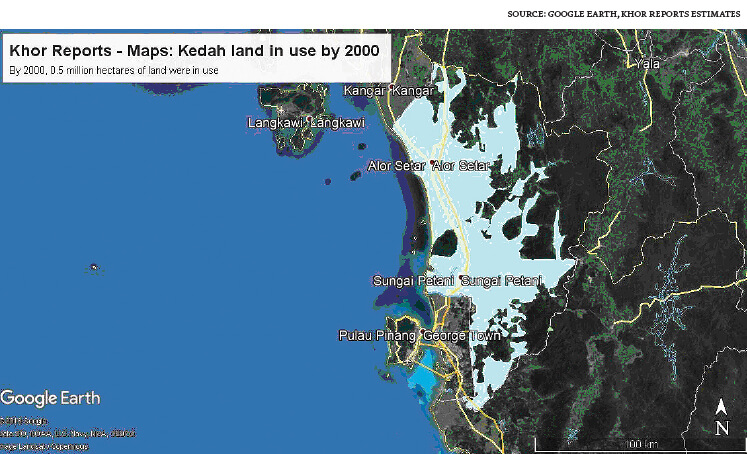 Maps of Kedah showing zones in use by 2000, including production and built-up areas 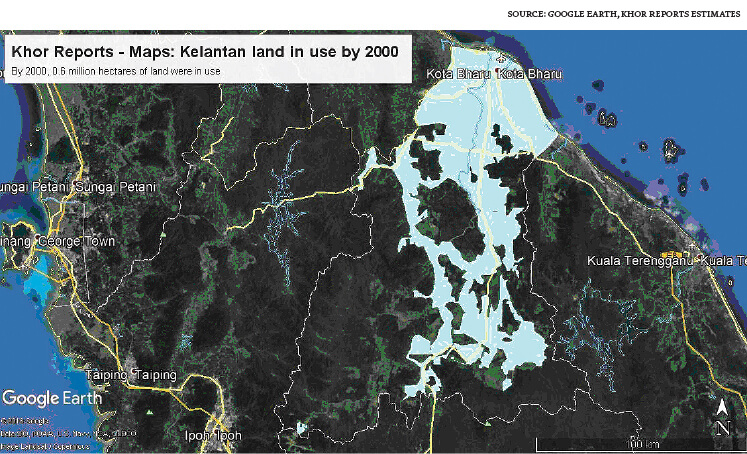 Maps of Kelantan showing zones in use by 2000, including production and built-up areas

Palm oil is no stranger to controversy and negative market views — including from non-governmental organisations — in the EU and the US. Despite efforts by palm oil exporters to deliver products with high greenhouse gas emission savings (as certified by the International Sustainability and Carbon Certification  [ISCC] association), the EU Parliament’s plenary vote on Jan 17 on renewable energy calls for no palm oil in biofuel from 2021; affirming earlier committee-level results.

It also voted to limit the contribution of biofuels to transport to 7%, which is expected to further limit the market for crop-based biofuels, regardless of their sustainability certification. Facing a possible shutout from a key EU market segment, there are worries of a domino effect.

The EU’s legislative warning shot came in April last year, along with a call for a single certification for EU-bound palm oil. This has caused a scramble among certification schemes by the Roundtable for Sustainable Palm Oil (RSPO), Malaysia and Indonesia. It was Malaysian interests that led the move towards RSPO certification in order to boost the position of Malaysian palm oil in the EU. However, Indonesia took over the reins, supplying two thirds of the EU’s imports.

Companies based there make enough certified material to meet RSPO’s 2005 no-deforestation cut-off date. Forgotten in the palm oil certification race are production areas with longer histories — such as areas of western Johor’s smallholder belt, which were largely developed by 1970 — areas far removed from recent deforestation. The market perception, equating no certification with not sustainable, needs a serious reality check. No deforestation is a good starting point to gather data evidence in support of smallholder produce.

The energy segment — which includes transport fuel and power generation — accounts for about half of the palm oil used in the EU, an energy-use block could result in three million tonnes of lost oil demand. At the global level and in the longer term, the average palm oil player remains sanguine about demand. But in the short and medium term, company and regional-level market adjustments will be necessary as industry players search for alternative markets.

Moreover, the EU food sector’s use of palm oil has also dropped by over 20% in recent years in response to voluntary reformulations on health, even before food safety worries arose over so-called processing contaminants.

A few Malaysian groups have refining and processing facilities in Europe, including IOI Corp (most being sold to Bunge), KLK, and Sime Darby Plantation. The other large regional players include Wilmar International, Asian Agri/Apical, Golden-Agri Resources/PT SMART and Musim Mas. These companies have long relied on ISCC, RSPO and other certifications to serve the EU market.

Today, we are witness to smallholder protests and heated talk of trade wars and World Trade Organization actions as EU politicians want to shun palm oil. Facing challenging conversations on this topic, my view is that boycotts do not work. From an economic perspective, if the EU buys other oilseeds, palm oil will replace the supply diverted from other importers to the EU. It is also deeply unfair to the smallholders, who account for 40% to 60% of planted area in the major producing countries.

Politically, smallholder farmers are a large voting base — producers and politicians in Malaysia and Indonesia will need to place smallholder palm oil interests at the top of their trade negotiation agendas.

Can we re-imagine sustainability to suit both the EU market interest in “no-deforestation” products while supporting oil palm smallholders? Fortunately, we can. First, we can identify large zones of independent smallholders with decades-old plantations (thus, able to meet “no deforestation” rules). Next, we can work directly with them to upgrade their other sustainability criteria (including “no exploitation”) towards a more inclusive approach to sustainability.

Systems informed by big data can offer compelling evidence for the smallholders. For instance, Malaysia could easily point EU policymakers and buyers to smallholder zones that have been in production (no deforestation) since 2000, 1985, 1970 and so on. For every 300,000ha of smallholder plantations found, buyers could get over one million tonnes of no-deforestation palm oil.

With 1.8 million hectares of oil palm under cultivation, Malaysian smallholders can produce six million to seven million tonnes of (largely) no-deforestation CPO, equivalent to the EU’s annual demand. If the EU and others are serious about sustainability, there are other options, apart from limiting the use of this highly productive crop that has delivered socio-economic benefits to large numbers of smallholders.