MySay: A democracy is only as mature as its voters manage to become 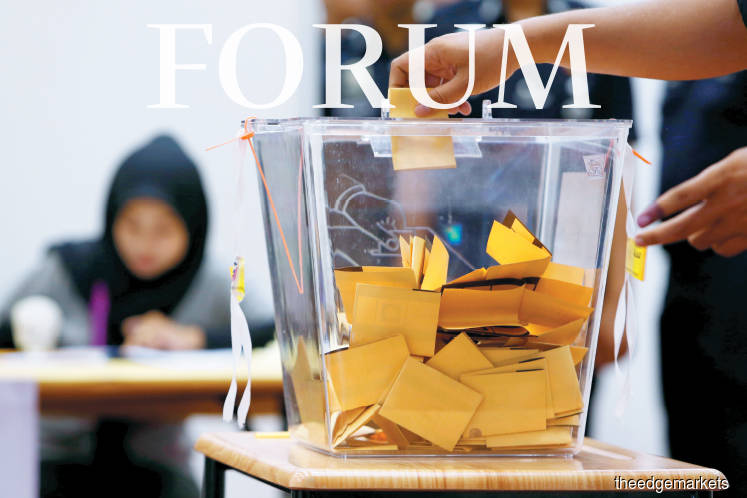 Malaya was born a democracy on Aug 31, 1957. The first general election held on the peninsula had taken place just two years earlier on July 27, 1955. In fact, the first proper election was the municipal one held in George Town on Dec 1, 1951, six years before independence was granted to the federation.

Today, after 14 general elections and countless by-elections, one would think that Malaysia has matured as a democracy. After all, we have now had a change in government at the federal level.

But how does one decide the age of a democracy? Or does age matter? When do we consider a democracy to be mature? Do we list the number of elections it has had and tally them the way we read rings in the cross section of a tree trunk? If so, then Malaysian democracy, after six decades, is already an adult, standing tall and looking at neighbours of lesser democratic standing straight in the eye.

And when can we clearly say that an election was free and fair, and when one was not?

Or should we count how many times peaceful transfers of power have taken place to evaluate how stable a democracy is, and how real the exercise of people power actually is?

But of course, the spirit of democracy floats above and beyond elections. Just as celebrating International Women’s Day does not signal gender equality in the world, having one election day every four or five years does not define a democracy. And just as one would say that men and women are equal only when it is true on a daily basis, one would say that we live as democratic-minded people in a democratic society only when the social equality embodied in the universal right to vote is experienced in our daily lives.

Democracy — or the nurturing of the democratic spirit — is thus a work in progress. When democracy was granted on Merdeka Day, it was granted to political parties that were race-based and nominally concerned first and foremost with the supposed common interests of postulated communities. In that very profound sense, democracy in Malaysia was born as populism, and it has been stable the way racial affiliations are stable — and stagnant.

Democracy in Malaysia was, in other words, created for strategical and not ideological reasons. The rights and wrongs of that do not matter now — it being a historical fact does.

Building a new country, a new nation and a new state does require stability, and not one that could be jeopardised every five years by periodic elections. Elections are important rituals, yes, but in the early history of the country, they were more for show. Changes in government in the early days were bound to put the government and the country at great risk.

The ending of local elections from the mid-1960s onwards was an attempt at limiting that tendency.

The simple populism of racialism and the herding of the population into ethnic categories were thus an assurance that despite the democratic paraphernalia, the country would not risk the instability of a change in government.

But that was of course not the wherewithal of independence. Stability for its own sake makes little sense. It has to be for a reason, and that reason is for stability to foster a population that can free itself from the racial populism that gave the country stability but allowed its people little freedom to grow.

Put another way, Merdeka in 1957 signalled the beginning of an era on the peninsula (and on Sabah and Sarawak in 1963) when individuals would cautiously train themselves to realise individual dignity, to think independently and to vote wisely. But for them to do that, there must paradoxically be stability secured through inter-communal distrust.

If Lady Luck chooses to smile on the country, and suppressive racialism does not destroy everything along the way, then this fostering-punishing dynamic and the democratic formalism that the country was born with can push forth a voting population that dares to change the government peacefully.

Going back to the notion of democratic maturity, it appears therefore more correct to say in the Malaysian case, that democracy’s maturity is measured by peaceful changes in government, and not by how many elections have been held.

We should not even be wondering if Malaysian democracy is mature. It is more correct to think that it, like the cicada that lies underground for 17 years before taking to the skies, has — after a long period incubating in racial populism — finally surfaced to begin the manifest phase of its life. At present, it is in many ways just a baby. And that is why, despite the peaceful change in government, the institutions of state and the habits of the voters are now in such great need of reforms.

Democracy, we must in the end admit, suffers from an original sin — and this is populism. This pathology, so useful to party politicians and religious leaders, works against the maturing of the individual voter.

As a short answer then to my original question: A democracy is only as mature as the voters it produces, and dialectically, voters get the democracy they deserve. In the ideal case, a democratically elected government works to develop the spirit of democracy in the voters. But far too often, a government finds it better to secure stability by stunting the mind and spirit of its people.

Datuk Dr Ooi Kee Beng is executive director of Penang Institute. His latest book is Catharsis: A Second Chance for Democracy in Malaysia. He is the prize-winning author of The Reluctant Politician: Tun Dr Ismail and His Time.