MySay: A Covid-19 prescription for governments 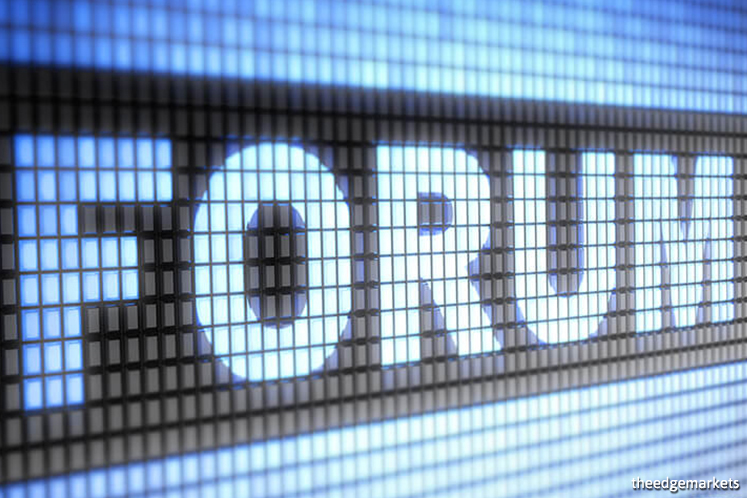 The Covid-19 outbreak serves as a stark reminder that the trajectory of the global economy can swing drastically and with little warning. While the ultimate impact on global gross domestic product is highly uncertain, the Asean+3 Macroeconomic Research Office projects the Covid-19 outbreak could shave up to half a percentage point off the growth rates of some economies this year.

One of the lessons of the last few weeks: governments must be ready to not only weather unexpected economic hits — but have a strategy in place to emerge even stronger from such events. This requires governments to do three things: (i) Prepare for — rather than trying to predict — shocks; (ii) Respond rapidly, including through international collaboration; and (iii) Use times of crisis as a catalyst for positive long-term change.

But rather than spend more on the art of prediction, governments should invest in scenario planning and war-gaming so they can respond quickly and effectively to shocks.

Using scenario planning, governments can explore potential near and long-term scenarios and develop plans for each. One approach to scenario planning is to identify megatrends and prioritise those that have the highest potential for affecting a specific area of government responsibility and that create the greatest levels of uncertainty. Examples of salient megatrends include the rise of resource scarcities (such as water and energy), the rise of cybersecurity risks, and the centrality of social media as a source of information for citizens. Scenario planning can, among other things, help the government spot potential bottlenecks that impede effective action — and set the stage for fast policy execution in time-critical situations.

War-gaming — a time-limited exercise that simulates challenging conditions and requires participants to map out a response — is a critical tool for honing a government’s rapid response capabilities. Most often associated with defence, financial war games can help governments test the speed, resilience and adaptability of their response, not only to an economic crisis, but also to events such as massive hacks in government databases, a collapse in commodity prices or a global pandemic. The Singaporean government has used policy-based simulations and games. Conducting war games should become routine and include a focus on potential recessions and economic shocks.

Even when a crisis becomes blindingly clear, governments face challenges in mounting a quick and effective response. They must design whole-of-government responses to a crisis and — when the shock is global in nature — foster strong collaboration with other governments and multilateral organisations.

As the recent Covid-19 outbreak has proven, governments are capable of moving swiftly. Taiwan activated a Central Epidemic Control Center (CECC) to coordinate its Covid-19 response back in mid-January when cases were just emerging in China. The CECC has helped the country take effective proactive steps, including a ramp-up in production of protective masks. And the government is using big data analytics, tapping its national health insurance and immigration and customs databases to track and stop the spread of the disease. For its part, the Singapore government has moved rapidly as well by providing a steady stream of information to the public and setting up a system for checking the temperature of citizens entering buildings such as government offices and schools.

To facilitate that sort of rapid response, governments should make structural changes to aid collaboration among ministries, agencies and departments. Singapore, for example, created a multi-ministry task force in January to direct its response to the Covid-19 outbreak. Governments should also foster a nimbler and naturally collaborative workforce. To help civil servants build connections, governments can offer cross-ministry leadership training or even greater secondment opportunities. They should also remove barriers to data sharing among ministries and agencies.

But as the Covid-19 outbreak highlights, economic shocks are often global in nature. That’s why governments need to improve their abilities to collaborate internationally. Too often, international collaborations fail because countries enter into them with a win-maximising mindset, intending to give very little while gaining a lot. Instead, governments should adopt a view that each country will shoulder a burden of costs commensurate with the benefits it derives.

With that mindset as the foundation, governments can move beyond an approach that spurs collaboration only when a crisis arises and, instead, build and constantly test operational readiness for a variety of regional or global risks. After the Asian financial crisis in the late 1990s, a group of Asian countries drew on the lessons learned and developed the Chiang Mai Initiative, a multilateral currency-swap arrangement that would mitigate balance-of-payments risk and short-term liquidity challenges in a financial crisis. These countries coordinate with the International Monetary Fund (IMF) to routinely carry out test runs that simulate a financial crisis in member countries. Using the test results, they then improve the effectiveness of the initiative.

As the saying goes, in the midst of every crisis lies great opportunity. Governments should leverage the urgency created by an economic crisis — and the political capital it creates — to advance long-term goals and ambitions, particularly as it relates to transforming the economy.

At the same time, governments should draw on the power of citizens to drive transformation. Periods of economic difficulty often trigger rising citizen disenchantment with and declining trust in public institutions. Such developments can also spark increasing citizen activism, sometimes in opposition to government. Rather than trying to temper or quiet citizen involvement, governments should take action to harness that energy and build public support for the major economic transformation efforts.

As governments grapple with how to manage the Covid-19 outbreak, the long-term impact is far from clear. But this will not be the last economic shock to reverberate around the globe. Governments must make changes to ensure they are ready to handle such events.