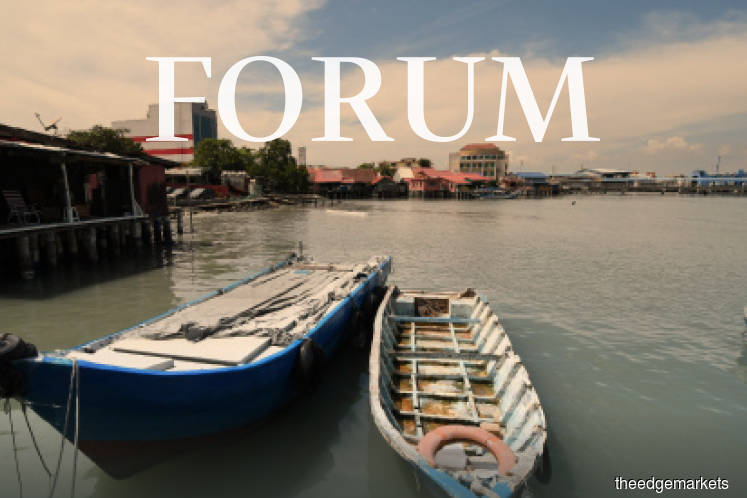 Penang was never a commercial fisheries location. There have been coastal fishermen since it was first inhabited, given the rich and diverse marine ecology around the island, but Penang’s modern economy has been about services related to trade, and since the last 40 years or so, manufacturing.

According to the Fisheries Department, which keeps good records, Penang’s fishermen have been predominantly coastal — a typically two-person crew in a 7m boat with an outboard engine. Most of these fishermen use some form of drift net, a traditional, almost artisan, form of catching fish. Statistics from 2017, the latest, show that 2,462 out of the 2,900 registered fishing vessels in Penang were only fitted with outboard engines, suggesting that these were used by coastal fishermen. Even a smaller state like Perlis has a larger fleet of higher-powered inboard engine fishing vessels.

The fate of coastal fishermen was in the news recently because of the Penang South Reclamation (PSR) project on the southern part of the island. It attracted attention as the contrast is quite compelling — a multibillion-ringgit project on Penang island versus the coastal fishermen. It is a story of marginalisation and sustainability. I find the sudden interest in these fishermen interesting but also hypocritical. It, however, piqued my curiosity and I looked up the numbers, which turned out to be rather disappointing, if not altogether dismal.

In 1990, total fish landing in Peninsular Malaysia was 820,000 tonnes. As at 2017, this was 1.125 million tonnes, representing a compound annual growth rate (CAGR) of only 1.2% — well below the overall growth of the economy during the period.

The answer to this question, in my view, speaks to the issues of marginalisation and inequality more generally in the country.

The PSR is a perfectly rational economic project for a place like Penang. It is not necessarily an economically viable proposition everywhere but it is in Penang. The reclamation thesis requires that the current price of land be higher than the cost of reclaiming land, and that proposition rings true where the economics is right. The economics of what is happening in Penang has resulted in the current pricing of land on the island, which makes reclamation right. Nothing wrong with that logic. This is not a reclamation project meant for the foreign market.

In this instance, reclamation will do what industrialisation and growth in the concentration of economic activities within a geography have been doing — it will attract the kinds of people who can not only participate in the economy but also do so at a level that enables them to stay on. Those who cannot participate or cannot afford to stay will be displaced. This has always been true.

The influx of multinational corporations investing in Penang since 1970 required an array of talent, including semi-skilled production workers, but the cost of living was then also low. So, there was in-migration of people to Penang and demand for housing was created and supply responded accordingly.

With further intensification of the industrialisation process and economic growth, the supply side of the market, given the constraints on land, increasingly responded to that part of demand that was willing to pay more. This then drove the prices of property up. Price discovery became auction-like rather than cost-based. Displacement began to happen as those without adequate levels of income were pushed out of the market. The economics of growth and development itself were an explanation for displacement.

Like the coastal fishermen whose products are in demand in situ, there will remain demand for lower-skilled workers in economically developed areas but their value of output, and therefore income, will be below what is needed to remain there. Affordable and reliable public transport is therefore crucial and this should be linked to the provision of affordable housing. Intensification of economic activities must be accompanied by commensurate investments in public transport and housing.

Efficient and affordable intra-urban and intercity public transport that links urban centres and their periphery is essential. Developed economies demonstrate this amply with metropolitan centres that are not only well served but also linked to other population centres. In the last three decades, China has developed infrastructure that allows the efficient mass movement of not only people but also goods. There are many “coastal fishermen” everywhere in the world’s urban centres in need of better jobs and access to them but cannot afford to live where the jobs are.

One of Malaysia’s policy mistakes has been its emphasis on private ownership of vehicles and private transport to provide mobility. Massive resources have been channelled into roads and highways to accommodate the rise — by over a million a year — in private and commercial vehicles and motorcycles. Now, there are almost as many registered vehicles as Malaysians. The PSR itself is needed to fund the Penang Transport Master Plan, which was drawn up in response to the continued growth in cars and motorcycles on the clogged-up roads in Penang.

The trend of private vehicle ownership and transport is clearly not sustainable on many levels and on both sides of the market. Neither the demand nor supply side is sustainable, financially and environmentally.

Subsidy rationalisation policies to remove distortions in energy prices, coupled with projects such as the intercity double-tracking railway and LRT/MRT in the Klang Valley, are steps in the right direction but as is typical with major infrastructure projects, be they roads, rail or even airports, they are over-specified and come with costs that are much larger than they should be. It is, therefore, right for these projects to be continued but with much better value management.

Another policy mistake has been to emphasise houseownership, driven more by populism than economic sensibility. Private ownership of vehicles, coupled with houseownership in a labour market where wages are not high, just means indebtedness. That is what we are seeing today — the extraordinarily high level of household indebtedness.

The misplaced emphasis on houseownership among people who should just be renting and the lack of an efficient public transport system that has led to people owning private vehicles are the two key reasons for indebtedness. The solution to inadequate income and the need for mobility should be rented public housing and public transport.

There is also displacement from underdevelopment, quite the opposite to displacement due to unaffordability. This is prevalent in rural areas across the country where local demand for human capital is inadequate and labour moves out, hollowing the locality and taking the vigour out of it, leaving behind those without options to move out. In many ways, this type of underdevelopment is more challenging. The fishermen’s story is that of unpreparedness while the rural phenomenon is about the absence of sufficient economic activity.

Whether there is displacement because of unaffordability, as in the case of the coastal fishermen, which is a supply issue, or due to an inadequate local economy, which is a demand issue, the solution lies in ameliorating the geographic separation of the place of work and home. This can be achieved through affordable transport and an ample supply of affordable rental.

Coming back to the coastal fishermen of Penang, their tale is illustrative of the unevenness of development, not just in Penang but everywhere else. Their biggest problem is the type of fishing they are involved in at their location. Fishing is a viable industry in Penang, just not coastal fishing. Why are better options not available to these fishermen in an economically vibrant area? That is a human capital development issue relevant to the whole country, and the subject of another essay.