MySay: Of certitude, doubt and anxiety 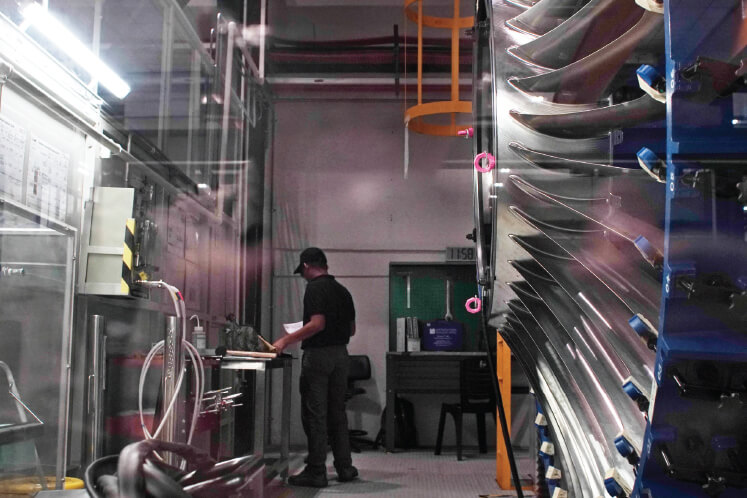 Some major policy decisions have to be taken in Malaysia. A hot issue that has not received much attention amid the distraction of debts and prosecutions is how our industrial policy will turn out. Photo by Bloomberg

The year 2018 has passed rapidly, creating waves of emotions that have ranged between certitude, doubt and anxiety.

It is undeniable that May 9 was a watershed day. What followed may have fallen happily within the expectations of some but not of others.

There is no doubt that the disclosure of the amounts of money, bags and jewellery that were stashed in the house of former prime minister Datuk Seri Najib Razak was received with relief. This proved that there was some solidity to the claims that were floating in cyberspace. However, there is still no closure insofar as there is no conviction yet.

The claims of wrongdoing were topped by firm accusations of mismanagement on a grand scale. The previous government had agreed to mega projects with scant regard for financial prudence, adding credence to the suspicion that it was selling Malaysia’s interests to a foreign country. Prime Minister Tun Mahathir Mohamad did the right thing by suspending the projects in question.

Minister of Finance Lim Guan Eng has done well on several counts too. He was forthright on the level of debt the government had inherited from the previous government. But he may have indulged in definitional excess by classifying debt in a novel way, not entirely familiar to those weaned on the classificatory conventions of the IMF and World Bank.

The RM1 trillion debt message was a striking way of conveying the damage that had been caused to the economy. The problems that had inflicted FGV Holdings and Tabung Haji exemplified the extent of mismanagement and loss that had stretched to include government-linked companies. They served to push beyond doubt the general perception that GLCs had been a faulty instrument in the hands of the previous administration.

Lim’s announcement in September of his intention to pursue debt issuance and asset monetisation was well received. Debt issuance is a rational thing to do when the level of debt is high, there is a shortfall in tax revenue and circumstances do not allow the government to tighten its belt beyond a point. One would expect investors to have confidence in Malaysian government bonds.

Not only will asset monetisation strengthen the capital position of banks but it will also fund new credit growth. It will also improve the flow of funds to the infrastructure sector.

As for Budget 2019, it evoked mixed feelings. It came across as a document that was sensible while trying to be innovative. The sensible part arose from the acceptance of the need to satisfy a broad cross-section of the population, being prepared for external shocks and incentivising domestic-led growth.

Then, there was a part of the budget that induced a weakening in certitude. Two elements did this: the plans for homeownership and healthcare. The health insurance scheme was adequately analysed by politician Dr Michael Jeyakumar. First, he pointed out that if all the B40 families decided to utilise their entitlement, it would exceed the entire federal health budget for 2018.

Second, he argued that the implementation mechanism could be flawed since it was not clear how the insurance payments would be determined. Third, he warned that since we did not have a single not-for-profit insurer (as in South Korea), the insurance scheme could be undermined by the private healthcare system.

The homeownership scheme is a model of innovativeness; it seeks to use crowdfunding to make housing more accessible to first-time homebuyers. But the benefits of a P2P platform are not clear. One remains uncertain if the purpose of this mechanism is to make houses more affordable or to relax credit constraints.

Potential buyers need to have 20% of the cost of the house at their disposal. In any case, this model is, in a sense, at the experimental stage. Some might be of the view that governments should be more conservative and roll out well-considered plans rather than ride exciting instruments of unproven value.

Of course, the withdrawal of the Goods and Services Tax (GST) as a source of government revenue is a debatable issue. The floor is divided on this. Some claim that the GST is an excellent form of taxation while others say the Sales and Services Tax (SST) will do the job just as well. Two things stick out. One, it is not clear if the cost of living has decreased appreciably, and two, the SST presents the government with a shortfall in revenue — a challenge the government can surely resolve.

But it is the future that will catch your breath. One is not clear how the external environment will turn out. The global economy is as unpredictable as Trump. All indications are that it will sink and the slump in Asian stocks is symptomatic of the mood that will prevail in 2019. Good reason to feel anxious.

Some major policy decisions have to be taken in Malaysia. A hot issue that has not received much attention amid the distraction of debts and prosecutions is how our industrial policy will turn out. The trajectory is that our development planning will be discussed and decided in 2019. The mid-term review of the 11th Malaysia Plan had no spice to it. But why should it have any? It was, after all, a review of a plan that the previous regime was responsible for.

The decision to ratify the Comprehensive and Progressive Trans-Pacific Partnership is on the stove. Will we leave it to simmer or take it off the stove?

These and other questions will keep us guessing as this year rolls into the next. We simply have to keep tuned in.

Shankaran Nambiar is a senior research fellow at the Malaysian Institute of Economic Research. He is completing his book, Malaysia: An Economy at the Edge of Transformation.