MySay: Are we really ready for innovation-based growth? 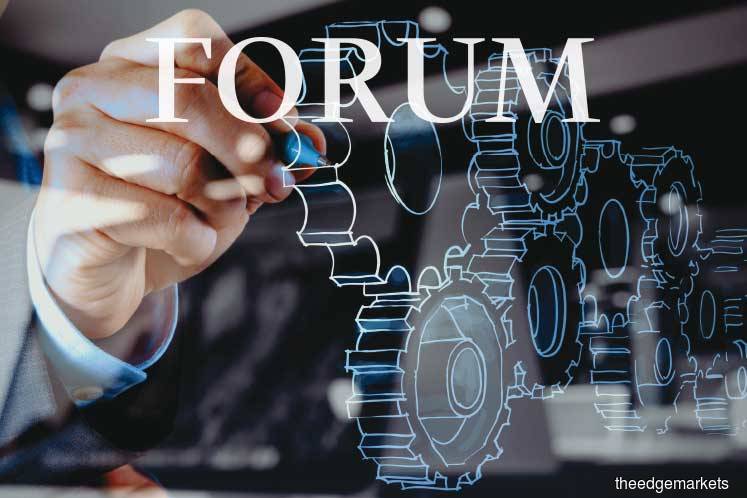 The year 2020 is set to be a big one for Malaysian economic policymakers. At least four national-level economic development plans are set to be launched or implemented in early 2020. The first and earliest of these is Prime Minister Tun Dr Mahathir Mohamad’s Shared Prosperity Vision 2030. Next will be the Ministry of Finance’s Budget 2020 followed by the Ministry of Economic Affairs’ 12th Malaysia Plan and the Ministry of International Trade and Industry’s New Industrial Master Plan.

These plans have crucial roles to play. First and foremost, they will set the overall policy direction for the government — a coherent development strategy is something markets, policy analysts and the rakyat have been crying out for. Second, these plans and the overall development strategy will hopefully provide some much-needed answers to some vital existential questions faced by Malaysia. For instance, what are we going to do about the country’s climate resilience? Are we going to make a serious attempt at tackling the problem of inequality? What is our overall economic strategy to drive our economic development moving forward in seriously tempestuous times?

From my biased lens, the last question interests me the most. And I suspect that one of the building blocks in answering that question has to do with one of the chief buzzwords of 2010: innovation. I think innovation is critical — we obviously cannot depend on simply catching up to the global technological frontier; otherwise, we may wind up being merely a “copycat” nation that is unable to make serious strides towards becoming price makers, as opposed to price takers, in the global economy. The desire for innovation is more than justified; I just worry whether we, as a country and as a society, are genuinely ready for it.

To explain a bit more about my concerns, it is perhaps useful to define the two types of economic growth. The first is Smithian growth (named after Adam Smith). Smithian growth relates to the efficiency of the allocation of resources, generating economic growth through trade and specialisation. In his work, Smith emphasised the importance of trust, cooperation and the rule of law — in short, institutional strength — as the key requirements for sustained trade and economic growth. If institutional strength is guaranteed, resources will be allocated — by the market and by society — efficiently and the economy will flourish.

According to Schumpeter, the “gale of creative destruction” describes the “process of industrial mutation that incessantly revolutionises the economic structure from within, incessantly destroying the old one, incessantly creating a new one”. Think of computers replacing typewriters, and think of electric lighting replacing gas lights. Unlike Smithian growth, which has an equilibrium at the optimal resource allocation point, Schumpeterian growth does not believe in equilibriums, just unyielding and unceasing change.

As such, I think it is worth questioning if we are indeed ready for Schumpeterian growth. Smithian growth is easily more palatable — fix institutions, increase trade and create specialists. These are all worthy goals. But Schumpeterian growth requires creative destruction. New technologies, particularly labour-replacing technologies such as automation, computers, machine learning and artificial intelligence, may cause serious “destruction”, particularly to those whose livelihoods depend on the continued relevance of old technologies. Social unrest is a serious consequence of creative destruction. Are we seriously prepared to tackle that?

To be clear, this dilemma is not new. History has a rich set of examples of governments that were unwilling to allow new labour-replacing technologies to take a foothold in society. In his book, The Technology Trap: Capital, Labour and Power in the Age of Automation, Oxford scholar and researcher Carl Benedikt Frey writes that prior to the Industrial Revolution in the early 1800s, many cities across Europe and even in industrial countries, such as Britain and Germany, prohibited technologies such as the gig mill and automatic looms to prevent social unrest. It was not that new technologies were only developed leading into the Industrial Revolution; new inventions had always been present. How they got themselves embedded into the rest of the economy depended on the political economy of the time.

As such, only when the political economy of the time lined up with Schumpeterian growth was there political will to endure creative destruction. By the 18th century, Frey argues that the British government was finally ready to “side with innovators and industry pioneers than with workers” thanks to a combination of a new industrial class with strong political support, the importance of machines to Britain’s competitive advantage in trade and the growing competition among nation-states for global dominance and military might.

If we were to take a serious look at Malaysia’s political economy today, are we actually ready to do this? Do we really have a societal culture and a political will prepared to embark on labour-replacing technological innovation? Of course, we could argue that our innovation may be labour-augmenting — supporting the skill sets of labour — as was the case in the US for most of the 20th century. Labour is supportive of technology as long as they see how they may benefit from it. It is not a coincidence that there were no large Luddite-like uprisings in the US during the 20th century.

But the nature of today’s rapid technological development is towards technology that does not just replace human brawn, it replaces human brains. And, yes, new jobs will certainly be created with these new technological advances, but how accessible will they be to the general population? History has shown how labour-replacing technology can be a serious issue to workers who are displaced. The short-term frictions are real and may become long-term problems. So, as Malaysia embarks on a series of plans that have innovation as their core, we should ask these important questions: Are we prepared to handle the inevitable social fallout from greater automation as well as the difficult decisions arising from creative destruction? And if we are, how are we preparing ourselves? And if we are not, what do we need to do to be ready?