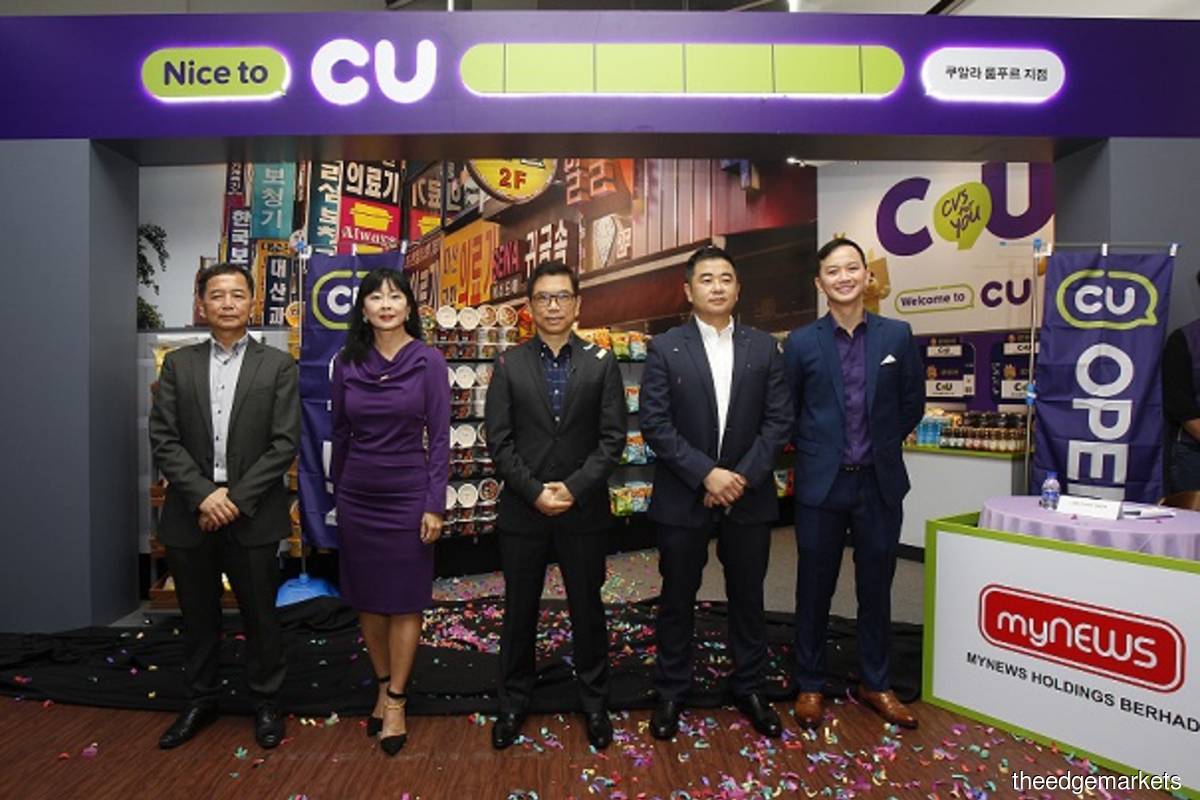 MyNews, which currently operates some 570 outlets in the country,  plans to open 500 CU stores in the next five years, group chief executive officer Dang Tai Luk said at the licensing agreement launch yesterday.

An analyst contacted by The Edge, speaking on condition of anonymity, said the move would certainly help in terms of MyNews’ revenue, as it would add another revenue source to the group which currently runs the MyNews, WH Smith and MyNews SuperValue line of stores.

“That being said, I do not expect the new CU stores to provide much in terms of its bottom-line earnings in the near term. This is as there are gestational costs that are involved, as well as the individual performances of the stores,” he said.

The analyst said the onboarding of CU stores will certainly help with MyNews’ Food Production Centre, which currently has a utilisation rate of 35%.

According to Dang, the utilisation rate is expected to rise to 70% at end-2021, after accounting for greater demand from MyNews outlets and the inclusion of fresh meals from CU stores as well.

A fund manager, meanwhile, said if MyNews can effectively execute the launch of the CU stores, then it would be an earnings driver in the mid- to long term.

“There is an appetite for such stores, as seen by the launch of Family Mart. There are things that cannot be bought at other stores,” the fund manager reckoned.

The rollout of the CU stores will initially be in urban areas, particularly in the Klang Valley, Dang said, adding that the first set of stores will open by end-2021.

He said the group will be looking at opening 30 to 50 CU stores in the first year, while monitoring how they perform.

The group expects the CU stores to break even in two to three years' time, with MyNews spending RM30 million to RM40 million in capital expenditure on the stores.

Dang expects the earnings contribution from the stores to be higher, saying they should be achieving better gross margins compared with MyNews outlets, whose margins stand at 30% to 40% currently.

As of the third quarter ended July 31, 2020, MyNews’ cash balance stood at RM17.02 million, while its borrowings totalled RM105.11 million (inclusive of borrowings classified as non-current and current liabilities).

Noting there would be a gestational period for the CU stores, Dang said that initially, MyNews outlets will continue to be the group's main earnings contributor. But as the CU stores grow, they will contribute more to the bottom line.

However, one concern that could arise is the issue of cannibalisation between MyNews stores and the new CU stores.

Dang, who is not concerned about market saturation impacting growth, is of the view that the market in Malaysia is still young and growing, with the penetration rate still low.

Both the fund manager and analyst, meanwhile, said MyNews and CU would have different product mixes involved and as such, would attract different consumers.

What would be tricky, they argued, would be to ensure that  cannibalisation does not happen in certain locations. That being said, ultimately, this would lead to greater consolidated revenue and a bigger slice of the Malaysian convenience market.