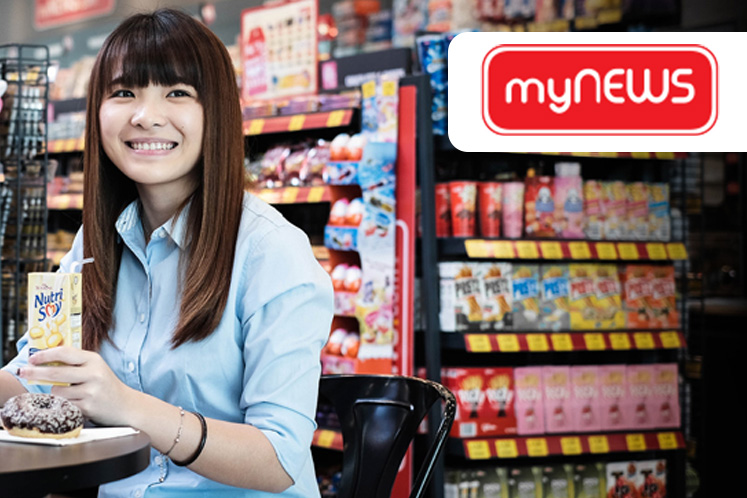 KUALA LUMPUR (June 21): Mynews Holdings Bhd's net profit rose 16.4% to RM7.95 million in its second financial quarter ended April 30, 2019 (2QFY19) from RM6.83 million a year earlier, attributed to the growth in its number of stores as well as increase in sales of the existing outlets.

In a filing with Bursa Malaysia today, Mynews said, however, its operating expenses increased by 24.7% to RM33.77 million compared with RM27.07 million in the previous corresponding quarter.

"This was in correspondence with the increase in the number of outlets to 483 stores from 385," it said.

Mynews announced an interim single tier dividend of one sen per share amounting to RM6.82 million for FY19. The entitlement and payment dates will be announced at a later date.

Looking ahead, Mynews said it remains optimistic of its business growth, sustainability and potential which is underpinned by its increasing store network size, completion of its new food processing centre and continuous innovation.

"Mynews is on the journey of bringing Malaysian convenience to the next level by aggressively improving the store concept, product offerings and quality, and bringing the store closer to the consumers with the expanding network," it said.

However, the company noted that in the immediate term, the financial performance and its growth pace may be subjected to the receptiveness and take-up rate of the local consumers to the ready-to-eat food concept in a convenience store.