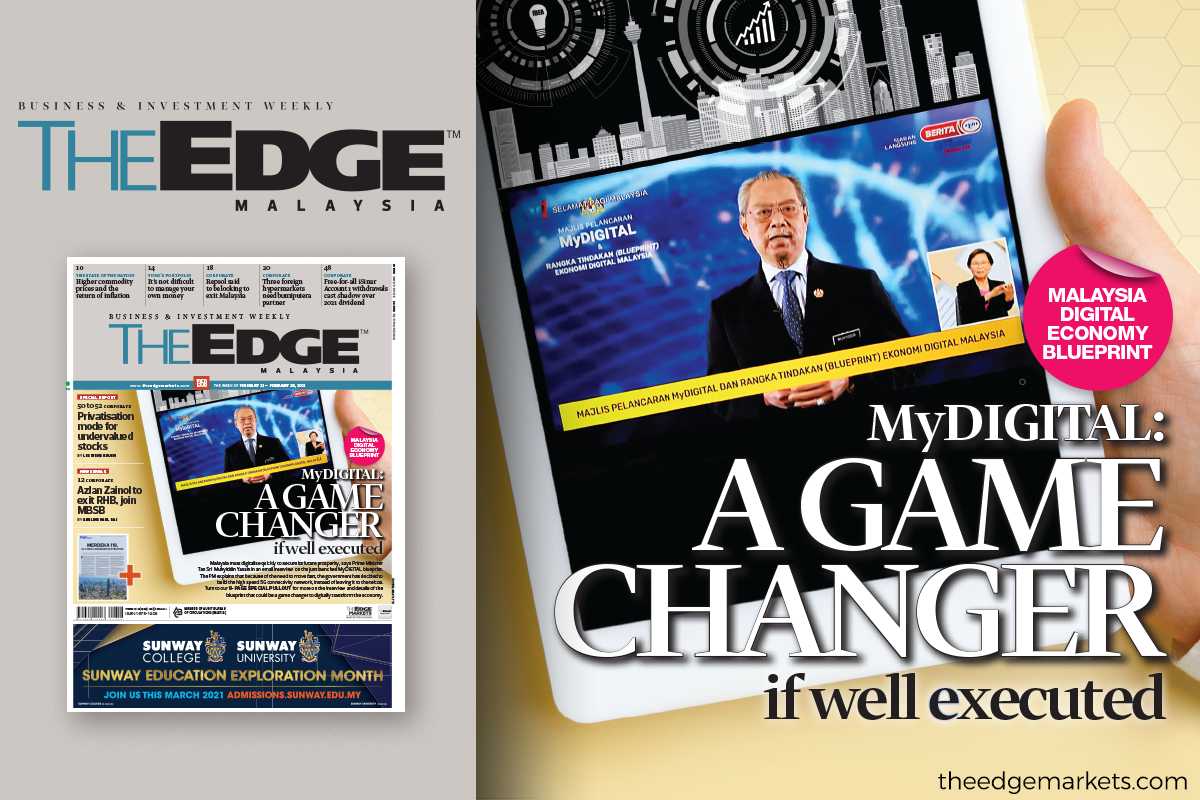 KUALA LUMPUR (Feb 20): By the end of this decade, Malaysia will become a high-value-added economy and a net exporter of home-grown technologies and digital solutions, according to the road map set out in the Malaysia Digital Economy Blueprint.

"The role of digital technology is evident, especially since a year ago, following the outbreak of the Covid-19 pandemic, which has led to all countries facing difficult challenges to continue business as usual," said Prime Minister Tan Sri Muhyiddin Yassin at the launch of the blueprint yesterday.

This is why mastery of digital technology is essential to elevating Malaysia's economy, he said, emphasising its significance in driving new engines of economic growth.

The digital economy, which has been growing by leaps and bounds in recent months, is expected to make up 22.6% of Malaysia's gross domestic product (GDP) and create 500,000 jobs by 2025.

The MyDigital initiative sets out various measures and targets that will be implemented in three phases until 2030. The initiative, which includes the Malaysia Digital Economy Blueprint, complements national development policies such as the 12th Malaysia Plan (12MP) and the Shared Prosperity Vision 2030 (WKB 2030), said the prime minister.

In our special eight-page pull-out this week, we have a Q&A with Muhyiddin on the just-launched blueprint. We also speak to various stakeholders about the road map, and what needs to be done to achieve its goals.