Myanmar says it is committed to ASEAN peace plan, despite general's snub 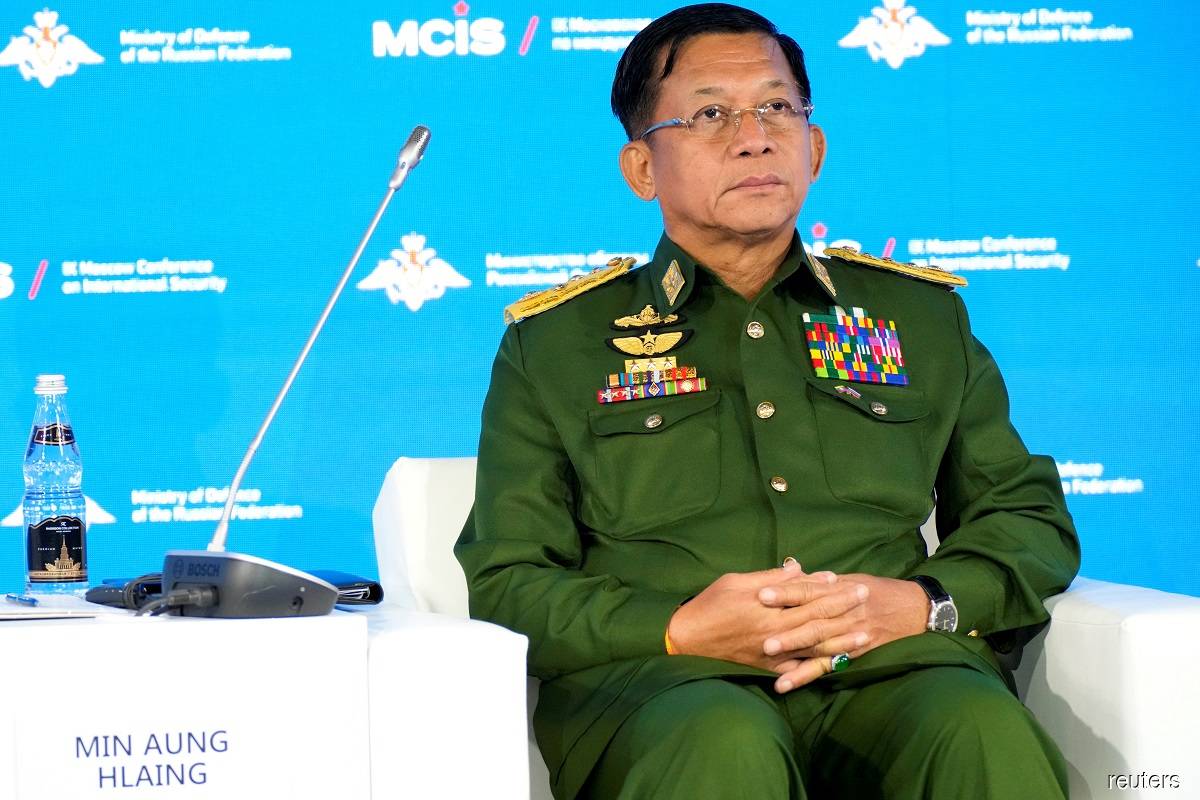 BANDAR SERI BEGAWAN (Oct 24): Myanmar's military rulers pledged on Sunday to cooperate "as much as possible" with a peace plan agreed with ASEAN, despite a stern rebuke of the regional bloc for excluding the country's top commander from a summit this week.

In an announcement in state media on Sunday, the junta said it upholds the principal of peaceful coexistence with other countries and would cooperate with the Association of Southeast Asian Nations (ASEAN) in following a five-point "consensus" agreed in April, a plan backed by the West and China.

ASEAN foreign ministers decided on Oct 15 to sideline Min Aung Hlaing, leader of a Feb 1 Myanmar coup, for his failure to implement that plan, which included ending hostilities, initiating dialogue, allowing humanitarian support, and granting a special envoy full access in the country.

The junta struck back late on Friday, accusing ASEAN of departing from its principals on consensus and non-interference. It refused to agree to send a politically neutral Myanmar representative instead of Min Aung Hlaing.

ASEAN chair Brunei has not responded to Myanmar's rejection.

A spokesman for Thailand's foreign ministry declined to comment on Saturday, citing the sensitivity of the matter, while Indonesia's foreign ministry spokesperson, Teuku Faizasyah, said ASEAN's consensus on who would represent Myanmar at the summit was the "common guide for all ASEAN members".

The exclusion is an unprecedented snub from a bloc long criticised for being tardy and ineffective at dealing with member governments accused of atrocities.

More than 1,000 civilians have been killed in a post-coup crackdown in Myanmar, with thousands more detained, many tortured or beaten, according to the United Nations, citing activists. The junta is accused of using excessive military force against civilian populations.

The junta insisted many of those killed or detained were "terrorists" determined to destabilise the country. The junta chief said opposition forces were prolonging the unrest.

ASEAN's special envoy, Erywan Yusof of Brunei, had sought a meeting with ousted leader Aung San Suu Kyi, but the military government said that was impossible because she was detained and charged with crimes.

The junta warned Erywan not to engage with opposition forces it has outlawed, including the shadow National Unity Government, an alliance of pro-democracy and armed ethnic groups, Japanese broadcaster NHK said, citing an unpublished report.

A Myanmar military spokesman and Erywan's office did not immediately respond to separate requests for comment on Sunday on the reported warning.

In Sunday's announcement, Myanmar's rulers first reaffirmed their own five-point plan for restoring democracy, which they announced after the coup.

The military has insisted it is the legitimate authority in Myanmar and its takeover was not a coup, but a necessary and lawful intervention against a threat to sovereignty posed by Suu Kyi's party, which it said won a fraudulent election last year.