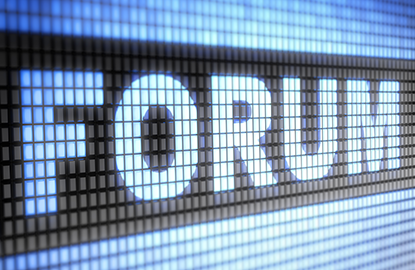 IT has been a rather challenging year for Malaysia — there were political disruptions and economic shocks.

The fiscal front has been quite interesting. Prime Minister Datuk Seri Najib Razak has been strenuously committed to undertake fiscal reforms. He has repeatedly stressed the importance of narrowing the fiscal deficit gap. The intention is to reduce the deficit from an estimated 3.2% of the gross domestic product in 2015 to 0.6% by 2020. Indeed, despite the difficult circumstances, this goal has been retained and actions taken in the direction of achieving a balanced budget by 2020.

Towards this end, the 6% Goods and Services Tax was implemented on April 1, amid considerable dissatisfaction. The private sector, for its part, complained that there was insufficient time to understand the process and be adequately prepared.

Fortuitously, the introduction of the consumption tax could not have been better timed. It has helped raise revenue and saved the government from an otherwise difficult position due to the massive drop in crude oil prices. It should be noted that oil is a crucial source of revenue, contributing almost 30% to the government’s coffers.

The leaner government coffers have hastened the fiscal reform process. There has been a steady rollback of subsidies in recent times, starting with the rise in electricity tariffs in January 2014, followed by the withdrawal of the petrol subsidy in October 2014. There were toll hikes in October this year, with the increase being as high as 100% in many cases.

Undoubtedly, there is little place for subsidies in Malaysia’s economic scheme of things. But the timing for these measures is inappropriate for the average citizen. It is happening when the economy is slowing down.

Then again, from the government’s point of view — and as it must be feeling almost strangulated now — there is little policy space to play around with or time to dilly-dally. There is no choice but to carry out tough economic management; it has to be executed now or run the risk of being downgraded by rating agencies.

As mentioned earlier, the sharp fall in crude oil prices has been a disruptive influence on the government’s plans. The weak global economy and the US rate hike have added to concerns, all of which prompted capital outflows.

It is unsurprising that the ringgit has taken a dive against the US dollar.

In the meantime, Najib has had to defend himself against claims of political donations transferred into his personal accounts. The blow-up of the alleged mismanagement of government-linked company 1MDB, the political turmoil within Umno and the sacking of the deputy prime minister and the attorney-general quite naturally affected investor confidence and perception. And this did not add to the strength of the ringgit.

The fiscal side has caused difficulties for households, so too for the financial front. And the outlook for 2016 is not rosy.

Weak crude oil prices remain a concern. They have dropped to below US$37 per barrel, and who knows what will happen next year.

The outlook for the global economy is also not bright. China — Malaysia’s top trading partner — is almost surely going to disappoint Malaysia with its growth figures. There are estimates that the Chinese economy will grow at about 6.2% next year.

The global risks do not favour the Malaysian economy. The Middle East has more than its share of problems. And terrorism has taken a sharper form, raising the spectre of threats, even within the country.

The domestic political environment is still unsettled. Fortunately for Najib, the opposition is in disarray. But opposition from his own party, Umno, is not likely to desist. Former prime minister Tun Dr Mahathir Mohamad is likely to continue criticising. He has discovered the merits of dissent and democracy and is coming out strongly against corruption and the lack of transparency.

Against this backdrop, one cannot expect external demand to generate economic growth, and there are limits to domestically generated demand.

With the government being cash-strapped, the reform process will pick up speed, although it is not the right time for it. Then again, what options are there? The cost of living will go up higher and affordable housing will recede further from sight, at least for now.

A country that once used to experience consecutive years of high growth will now have to be content with more moderate rates. In 2000, Malaysia’s growth rate was 8.6%. Next year, it is more likely to be 4.5%.

But Najib is valiantly soldiering on. Hopefully, that will help inject confidence into the economy.

Dr Shankaran Nambiar is the author of The Malaysian economy: Rethinking policies and purposes. He is also a senior research fellow at the Malaysian Institute of Economic Research. The views expressed in this article are his own.