My Say: (Whoever wins) it will not be easy 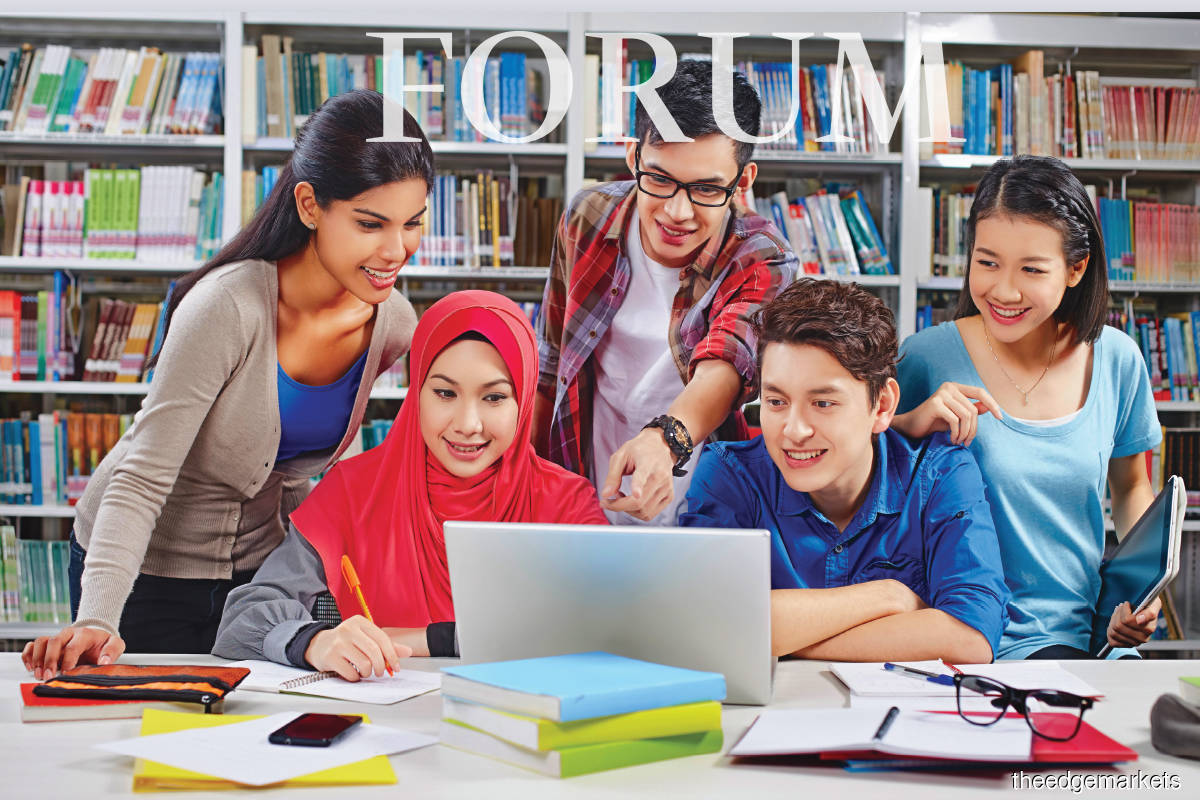 Malaysia’s youth must show up to vote for it is their votes that will break the divisive equilibrium formed by some toxic considerations of the status quo demographics. That notwithstanding, it will take a lot of effort to heal the divisiveness and to arrest the spiral towards even greater divisiveness.

When this essay is published, it would be the eve of voting day for the 15th general election. While we are uncertain at this point as to who the winners will be, one thing is for sure: governing Malaysia in the coming five years will not be easy. How the government performs will be crucial in determining whether we continue on this gradual downward slide or make the turn for the better.

A crisis, any crisis, is part of a journey, whether for an individual or a nation. That is quite normal. It is how we handle a crisis that is crucial in determining whether the path onwards is better or worse. Whether we are made better or worse by the crisis. That experience has been somewhat worrying for the Malaysian economy. We have recovered from economic crises before, but lost some vigour afterwards. This was quite clear after the 1997/98 Asian financial crisis where growth rates since then have never come up to where they were before the crisis. It was as if the wind was taken out of our sails.

The post-2008 global financial crisis too saw some shifts. While it happened some three years after the ringgit was de-pegged from the US dollar, the loose monetary policy in developed economies in response to the crisis has had a structural impact on the ringgit. The key response to the 2008 crisis was the loosening of monetary policy in the US and most of the developed economies, as liquidity was pumped into the system. When the US Federal Reserve announced the future tapering of its quantitative easing policy in 2013, bond yields rose as markets anticipated the tightening of monetary policy, in what is known as the “taper tantrum”. The ringgit, which had strengthened from its pegged value of 3.8 to below 3.0 by 2012, structurally depreciated in the post-taper tantrum period. The MYR/USD exchange rate has weakened since then and stayed above 3.8 in the last seven years.

One would be tempted to conclude that the ringgit is now largely linked to oil prices, which has been the case except that it weakened even during the last one year when oil prices stayed mostly above US$80 per barrel. The ringgit has been instead influenced by the monetary policy tightening that is still ongoing. The question now is, have all these crises and developments since made the Malaysian economy one whose productive capacity is around 4% to 5% growth where the MYR/USD exchange rate is about 4.5 and largely dependent on oil prices?

The world is entering a slowdown just two years after getting out of the pandemic-related lockdowns. The post-pandemic rebound was short-lived. The pent-up demand came online while supply constraints were not yet normalised, which, together with the loose monetary policy throughout the pandemic and even much earlier, created inflationary pressures all over. When the disruption from the Russian invasion of Ukraine and the consequent sanctions imposed on Russia kicked in, inflation shot up. The Fed, which many opined delayed taking action for too long, started to tighten monetary policy unilaterally and aggressively at the start of the year. That resulted in the US dollar strengthening against all currencies and reversing the flow of money back to the US, tightening liquidity in many developing economies. It actually made inflation worse for many developing economies because of deteriorating exchange rates. And because central banks followed the Fed, that had a dampening impact on aggregate demand, all of which are true in Malaysia.

The fiscal situation in Malaysia, which is already bad, is made worse by this development as domestic liquidity gets tighter and the cost of borrowing has increased. The incoming government will have to deal with this daunting challenge and tough decisions will have to be made on some properly defined trade-off matrix. Hard decisions are needed on both sides of the fiscal equation — revenue needs to be broadened while spending needs to be better optimised, which means cuts and reallocation of resources on a different priority list. This involves trade-offs that will require political capital and will have to be managed somewhat delicately.

All these promises of dishing out goodies, necessary though it is to have well-targeted social safety net programmes, must be reconciled with revenue to pay for them. The victor will have to do this. We cannot just go on borrowing without managing the budget better.

The meeting point of bad economics and bad societal outcomes that leads to toxic politics is inequality. The low-income, low-wage regime that we are in now is largely a reflection of a domesticating economy that has not built competitiveness in new areas beyond resource-based industries. These industries reward capital owners a lot more than labour, with a small proportion of them being highly rewarded. The growth sector of the economy has been in domestic-based services, which pay lowly. That is why median wages in this country are just above RM2,000 a month and median household income is just above RM6,000. As a result, the share of gross domestic product (GDP) of the bottom 20% of households — some 1.5 million households — is barely 5%.

This inequality is bad in itself but it is also bad for the formation of new competitive firms because of the limited demand-side capacity. It explains the long gradual decline in the investment share of the GDP. There is a lack of new productive capacity that translates into lower growth. All of these testify to a failed policy framework, weak institutions, and ineffective and inefficient government delivery mechanism. The political narrative has instead revolved around identity. The victims of these failures were exploited instead of their problems being resolved.

The curse of identity politics is its disconnect from economic realities. A clearer link of bad politics to bad economic outcomes will make policymaking easier but it will require more honest leaders on all sides who can accept that overall social welfare, including those of their supporters, will improve if we obtain better overall economic outcomes. If that is the case, we will develop a more focused effort towards that. The problem has always been politics and politicians who are not driven by these worldly considerations, and we have plenty of them. I can only hope they are not part of the government after the election.

The US midterm election was a bit of a surprise and offers some lessons, perhaps. The divisiveness in the US borders on dysfunctionality, with people sharply divided not so much by where they are on the spectrum of public policy, but by issues around identity. It must have been pushed as far as it could go by opportunistic politicians preying and building on the ignorance and insecurity of a sizeable portion of the electorate. It was unbelievable that not only were there a substantial number of the electorate who believed that the electoral process was flawed, there were many among the candidates themselves who ran on that platform. But the results show that the electorate has pushed back considerably. The peddlers of nonsense have largely been punished.

The lesson is probably that divisiveness has a limit. At some point, sanity prevails and pushes back, and the US case shows that the reversal will have to come from new participants to the process — young voters. I hope Malaysia’s youth too show up to vote for it is their votes that will break the divisive equilibrium formed by some toxic considerations of the status quo demographics. That notwithstanding, it will take a lot of effort to heal the divisiveness and to arrest the spiral towards even greater divisiveness.

Any legislation or reforms on public finance or the way the government operates, or attempts to provide a more efficient social safety net or reform the schools will all be contentious. If the political divisiveness prevails, most of these will not be possible as these will require bipartisan support. A dominant political equilibrium is not required for either political stability or effective legislation. What’s required are maturity and a pinch of altruism among political leaders who put the common interests of the nation ahead of their narrow interests.

We have just come out of a crisis and are entering a global slowdown almost immediately afterwards. If the winners of the political contest do not manage these difficult circumstances well, it will continue the previous track record of putting the economy on a weaker footing and the vicious cycle will continue, making the search for solutions even harder while making everything more contentious. So, regardless of who wins the election, one can only hope that the victor realises the enormous challenges ahead and concludes almost as quickly that the solutions, painful as they are, can only be obtained through some sort of bipartisanship.