My Say: The wealth of the wealthy and the poverty of the poor 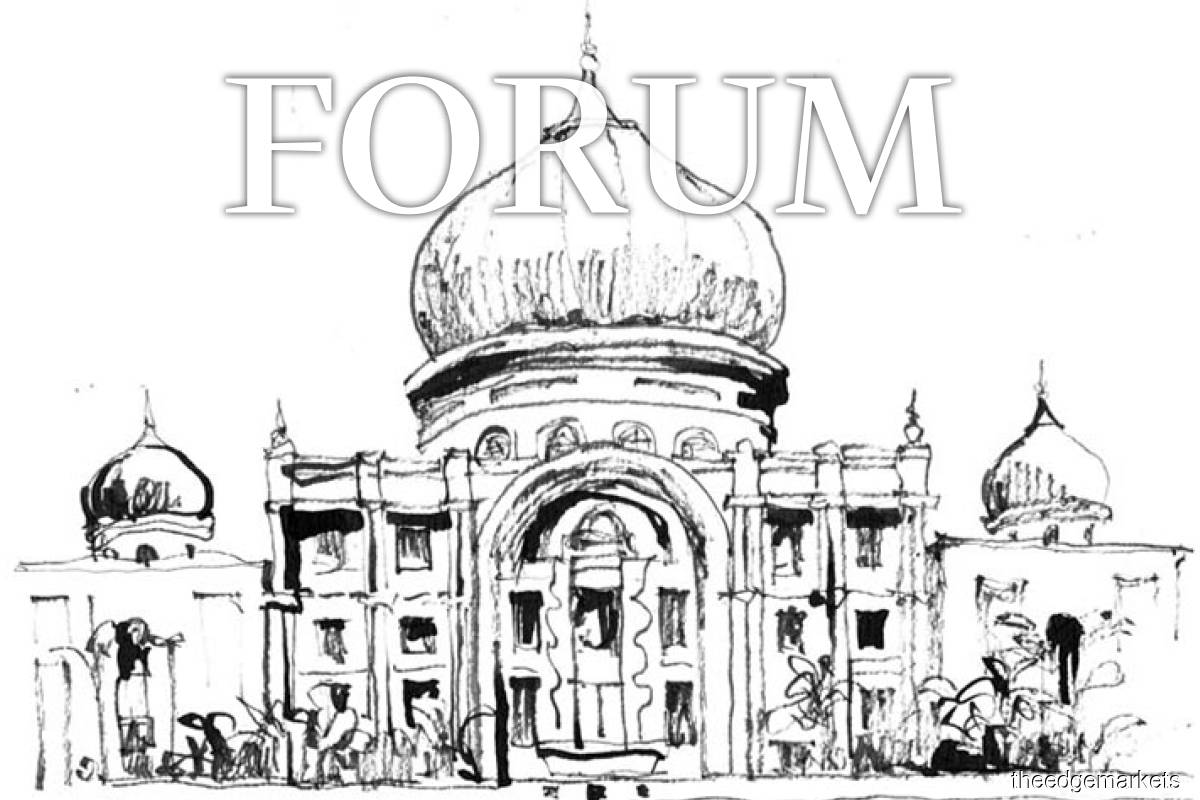 As the world is struggling with the rising cost of living, global activism against questionable distribution of income and wealth is gaining momentum. Poverty remains a problem of many nations, hence it is a priority of the Sustainable Development Goals (SDGs) to end poverty in all its forms everywhere.

Although the number of people living in extreme poverty declined from 36% in 1990 to 10% in 2015, according to the United Nations, the pace of change is decelerating, and the impact of Covid-19 is reversing decades of progress.

Consistent with the SDGs’ poverty elimination agenda, prior to the pandemic, the Shared Prosperity Vision (SPV) or Wawasan Kemakmuran Bersama 2030 was launched in Malaysia. The vision is to provide a decent standard of living to all.

In simpler words, almost half of the “national cake” went to only 20% of the population. A few remain very rich, but what do they give to the many? With the rising cost of living, many are perhaps in misery and/or poverty during the transition to endemic status, and will be in the years to come if the root of the problem is not addressed.

Based on data published by the Economic Planning Unit (EPU), food inflation had increased to 4% in April this year, compared with 1.2% in August last year and 0.9% in January 2020.This is cause for concern as food and non-alcoholic beverages is a major component (17.3%) of household expenditure. Still far below the SPV’s target of RM5,800, the income threshold for the B40 in 2019 was RM4,849 (as reported by DOSM). If the mean monthly household expenditure was RM4,534, then there is not much for this bottom group to save.

Considering the statistics presented above, have we observed a fair and wise distribution of incomes that is worthy of humanity? Can we or can we not improve this questionable norm? Are economists and politicians going to stand hopeless before this lifelong problem? There should be more initiatives on top of the additional Bantuan Keluarga Malaysia (BKM) cash assistance to B40 as reported in The Edge on June 22. Seasonal cash assistance may not make a real difference in the long term though it may be helpful for political mileage. We believe more can be done. Can we not call the privileged minority with excessive income and extreme wealth to help more in eradicating poverty? The question of “why are the many poor?” can be traced back to a tract published in London in 1884. The answer lies in how wealth was accumulated at the upper echelons of society. To taste Malaysia’s flavour of the story, you can read a light book, titled How Much Is Hidden: Pay for Elites in Government-Linked Entities. We co-authored this book in collaboration with the Consumers Association of Penang (CAP). It was launched during the fourth quarter of 2019.

Based on a conservative estimate, we reported that the average remuneration of executive directors at government-linked entities (GLEs) in 2017 was over 300 times more than the national minimum wage. This finding was echoed elsewhere, which has inspired further discourse on the issue. During an interview with radio station BFM 89.9 last September, a question was posed: if these people are keen to narrow the gap between rich and poor, should they accept high pay?

At a time when government-linked entities were under scrutiny, our research findings were disseminated by The Institute for Democracy and Economic Affairs (Ideas). We were also invited to speak at a roundtable organised by Bersih 2.0. It is only probable for remuneration to be “abused” as a source of political funding and to incentivise political appointments in GLEs. But it is rather difficult to rule out this hypothesis when staggering amounts are involved.

Our research did not only focus on salaries. Often, a significant portion of the remuneration package of an executive director is made up of variable components such as bonus and a Long-Term Incentive Plan (LTIP). For example, almost 71% of the disclosed remuneration (RM9.86 million) for the group CEO/executive director of (National Bank A) was in the form of variable pay (bank’s annual report 2017). His variable/fixed pay ratio was 241%. The ratio for (National Bank B’s) group CEO/executive director was slightly higher at 265%, with the disclosed remuneration of RM8.76 million (bank’s annual report 2017). One may thus suggest that variable pay reflects grotesque levels of inequality.

In our later study, we also found that total personnel expenses reported for the abovementioned banking groups for the financial year 2019 was more than RM12 billion, which is greater than 50% of their combined net interest incomes (over RM22 billion). The personnel expenses include salaries, allowances, bonuses and pension costs of 78,000 bank employees.

As we are constrained by limited publicly available information, the average pay per employee in these two banking groups can be roughly estimated at more than RM12,000 per month (ie RM12 billion/78,000/12 months). If the income threshold for the B40 group was RM4,849, can we then tolerate this wide pay gap when the bottom group was hit harder by the pandemic implications?

Income and wealth accumulation, though legal, is questionable ethically if excessive. Muslims are taught to adore moderation (wasatiyyah). Learning from a Scottish economist and philosopher, Adam Smith, the “disposition to admire, and almost to worship, the rich and the powerful, and to despise, or, at least, to neglect persons of poor and mean condition” is “the great and most universal cause of the corruption of our moral sentiments” (The Theory of Moral Sentiments I.iii.3.1, p. 61).

We suggest that the remedy to the problem outlined above lies in charity and better governance. Therefore, we call for a concerted effort from the wealthy few to come out from their ease and superfluities to help more. It is a social responsibility to limit greed by sharing more prosperity.

The government is undoubtedly accountable to manage resources efficiently. Based on data published by the EPU, the federal government has accumulated debt of RM979.8 billion at the end of 2021. It borrows sizeable amounts from banking institutions and social security institutions (for example, the Employees Provident Fund). The local institutions, in turn, are financed by deposits and/or funds from the rakyat.

On the government’s expenditure, RM114.9 billion was spent on emoluments, pensions and gratuities; RM38.1 billion on debt service charges; RM24.9 billion on supplies and services; and RM29.1 billion on grants and transfers to state governments as well as public agencies and enterprises.

Apart from the emoluments, we noted a significant increase in development expenditure for health social services from RM4 billion (2020) to RM8.7 billion (2021). All these expenses should be closely scrutinised. We need to ensure that capital (wealth of the nation) is not misappropriated for personal gratification at the expense of the many.