my Say: Tech giants and their dangerous obsession with domination 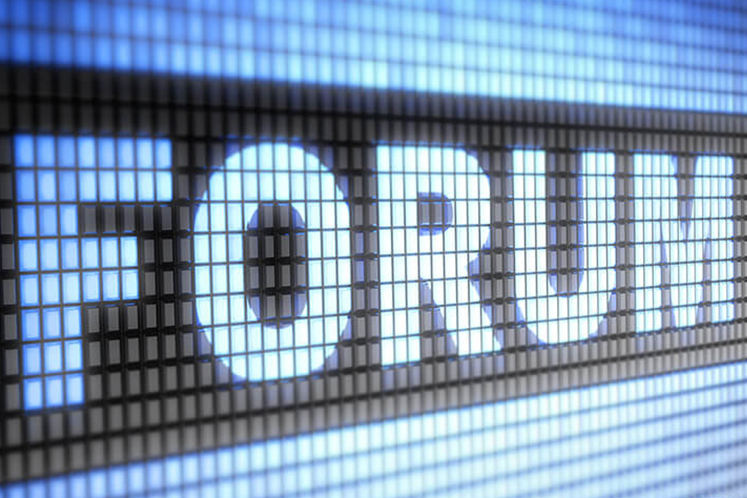 A rocket roared into outer space as the electronic beats of Daft Punk were blasted at a deafening volume. A montage of various tech billionaires — Bill Gates, Mark Zuckerberg, Jeff Bezos and Elon Musk — flashed while the audience sang to the warbled robot-voice chorus of:

“We’re up all night for good fun

We’re up all night to get lucky”

It was November 2017 at a blockchain conference in Singapore: The attendees were convinced that Bitcoin, the world’s most popular cryptocurrency, was going to breach the US$20,000 mark and make them all fabulously wealthy.

Sitting silently in the audience, I had my doubts, but the enthusiasm was infectious. The war-cry then was “To the Moon!”, an exhortation for dizzying growth and free flow of champagne.

By September 2018, however, most cryptocurrencies had dropped more than 80% from their peak. At the time, I was working in the blockchain industry and my own organisation’s affiliated cryptocurrency had truly fallen from grace. In January 2018, it had been riding at an all-time high of US$1.87. Only a year later, it had plummeted to a meagre four US cents. This “winter”, as the industry would come to call it, came with casualties: Nearly half of the staff had to be laid off; travelling was frozen. People stopped chanting “To the Moon”. Instead, a new mantra took its place— “sustainability”.

Last September, déjà vu struck me as I watched the march of WeWork, lauded as the next revolution in co-working spaces, towards its much-heralded IPO.

The proclamations were similar: Biggest. Best. More than 100% growth. And with that, a haemorrhaging bottom line.

Even for the normally starry-eyed tech investment community, it was too much. From a jaw-dropping valuation of US$47 billion, it fell first to US$25 billion, then to US$10 billion. Each passing day saw investors grow more weary until, finally, the IPO was cancelled, its CEO Adam Neumann was removed, and its biggest investor SoftBank declared it would refocus on “profitability”.

By now, there have been no end of op-eds dissecting the reasons for WeWork’s spectacular implosion. “Its business model was fundamentally flawed!” they said. “There was no path to profitability! The CEO was erratic and surrounded by a cult!” The various analyses flow as abundantly as the champagne once did at blockchain conferences.

Within the industry, I could feel the seismic shift overnight. Where the week before I had heard my colleagues tell me that “it’s all about the top line, no one cares if the company is bleeding if it can justify the growth”, barely 24 hours after the WeWork debacle, the tune had changed to “sustainability”.

One might be tempted to say that SoftBank’s disaster had served as a wake-up call; henceforth, the industry would course-correct.

Crucially, however, the underlying goal for the industry is unchanged — it is still about becoming the biggest, the most powerful, to dominate a market so completely that investors can see manifold returns on years of loss-making business.

Underneath all the talk, the fundamental investment thesis for many tech companies was left unquestioned. Companies had to show better bottom lines, yes, but the pot at the end of the rainbow was the same: They would grow — sustainably and profit-oriented — but, ultimately, still aiming to become kingpins of their industry.

You see, one thing about WeWork disturbed me more than others. Founder Adam Neumann believed that WeWork would not just dominate co-working, but life itself.

It was there on the first page of its IPO prospectus: “To the Energy of We — Greater than Any One of Us.”

According to a Wall Street Journal profile, in the feverish times before the botched filing, Neumann had declared to employees that “the influence and impact that we are going to have on this Earth is going to be so big” that WeWork would “solve the problem of children without parents” and eradicate world hunger.

Neumann’s hubris led him to believe that, with sufficiently large market power — “The Energy of We”— he could shape the world as he saw fit. A successful execution of his plan would have seen WeWork becoming the largest landlord in the world, a corporation more powerful than many governments. Indeed, Neumann himself admitted that if there was any political office he would run for, it would be president of the world.

We might laugh at him now, but the roots of his ambition were fed by the industry itself.

Masayoshi Son, founder of SoftBank, who told Neumann to “be crazier”, has a 300-year plan for his Vision Fund. And, of course, the domination playbook was written by Jeff Bezos, who notably originally named his company Relentless before changing it to Amazon since “it was the biggest river in the world”.

In a now-infamous incident, Bezos wanted to acquire a company selling diapers online. Unexpectedly rebuffed, Amazon vindictively launched its own services and dropped prices by more than 30%. The diaper company attempted to compete, but Amazon followed up with yet more price drops, its execs threatening to drive prices down to zero. In the end, the diaper company sold itself to Amazon despite a higher counteroffer from Walmart.

Neither was Bezos the first of his kind: Before him, there was Bill Gates. In 1999, in a damning ruling on Microsoft’s anti-trust practices, US district judge Thomas Jackson wrote: “Microsoft has demonstrated that it will use its prodigious market power and immense profits to harm any firm that insists on pursuing initiatives that could intensify competition against one of Microsoft’s core products … The ultimate result is that some innovations that would truly benefit consumers never occur for the sole reason that they do not coincide with Microsoft’s self-interest.”

Despite the dubious ethics of their business practices, Amazon and Microsoft have undoubtedly made their investors extremely happy. It is these “winners” that have the entirety of Wall Street gushing; everyone wants to be the next Microsoft or Amazon and control more than 50% of the market.

Therein lies the crux of the matter — too many investments are not made on the idea of sustainability, but on domination.

It is a winner-takes-all mentality, where investors pour incredible amounts of capital in a metastasizing outfit that will either burn out or become a new king.

To make it worth it, mere profitability is not good enough, and middling success might as well be failure. Indeed, sometimes not even a few hundred per cent returns are enough: Some investments in the tech world are such that only a few thousand per cent in returns will justify the capital poured into it.

Such focus can blind investors to fundamental flaws of a business, for example, WeWork’s massive long-term lease liabilities and that, aside from some fancy marketing, it was still at its core a real estate middleman.

From a wider perspective, even if the investment succeeds, often, consumers are on the losing end of the stick, where these giants use their overwhelming advantages to suppress competition.

Furthermore, these virtual monopolies pose serious systemic risks to our infrastructure. Imagine if, say, a monopolistic transport or payments player were to collapse, how many lives would be disrupted, how many jobs lost?

The entire tech industry is predicated on grooming new monopolies that threaten the very fundamentals that the “free” market is supposed to thrive on — competition, consumer choice and a level playing field.

Ong Kar Jin is an independent researcher and analyst focusing on the impact of technology on media, society and politics