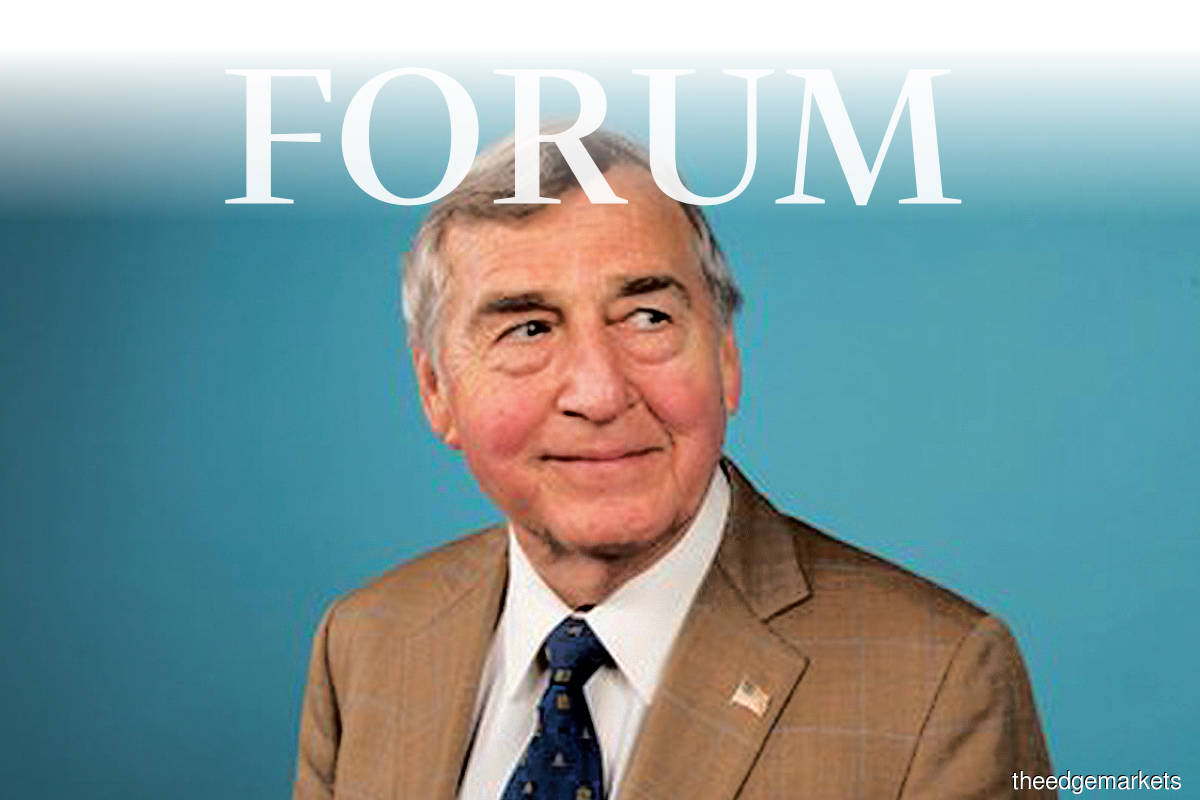 World trade and production is increasingly being structured around “global value chains” (GVCs). A value chain identifies the full range of activities that firms undertake to bring a product or service from conception to end use by final consumers. Based on the comparative advantage of the locations, there is geographical fragmentation of production processes across the globe. The Heckscher-Ohlin model explains how a nation should operate and trade when resources are imbalanced and specialities vary throughout the world.

The emergence of GVCs during the last two decades has implications for the impact of trade and investment barriers both on the country implementing the measures and on the global economy.

Meanwhile, the Covid-19 pandemic and the ensuing lockdowns across the globe have impeded or even stopped the flow of raw materials and finished goods and, as a result, have disrupted manufacturing activities.

The globalisation phenomenon can diminish the sovereignty of a nation state in a few ways. Firstly, this can happen through a process of shifting decisions to supranational entities, such as the European Union, that are given the legislative powers in many aspects of social, economic and political life. Secondly, they may happen in relation to requirements that come from external institutions, such as the International Monetary Fund, the World Bank and the World Trade Organization. These international institutions are able to force the member states to make certain decisions. Thirdly, when large multinational corporations, by virtue of their economic power, can influence the economic and political decisions of nation states.

The study of the international political economy shows that it has always needed a framework to define relations between nations, and between economic and political institutions. Imperialism once provided this framework and, currently, globalisation does.

However, it is important to realise that globalisation is here to stay. Therefore, it is up to countries to find the ways and means by which not to lose their sovereignty, and one of the best ways is to have a strong, democratically elected government. For only a strong elected government can translate the people’s will for development into action and yet balance between the interests of huge corporations and national interests. Above all, protecting the nation state from predatory globalisation while at the same time riding the wave of globalisation. An unelected authoritarian government or a weak government would have difficulties in governing effectively and legislating equitably and therefore protecting the sovereignty of the nation state.

Generally speaking, the Malaysian government rejects irresponsible foreign investments and dubious loans that can burden and ruin our economy. The country is now even more discriminating, and recognises which foreign direct investments and technology transfers from abroad will be crucial to her future.

Is the US losing to China in the long-term geopolitical competition in East Asia? Are smaller states in Asia tilting towards China for economic benefits at the expense of US interests? As the rising dragon, China challenges the American eagle that does not want to be knocked off her perch; misunderstandings about each other’s actions and intentions could lead them into a deadly trap. This trap was first identified by the ancient Greek historian Thucydides.

It was Graham Allison at Harvard University’s Kennedy School who reminded us of the immediate danger of a Thucydides Trap — he postulated that war between a rising power and an established power is inevitable. Paraphrasing Thucydides from History of the Peloponnesian War, it was the rise of Athens and the fear this inspired in Sparta that made war inevitable.

The recent visit by US House Speaker Nancy Pelosi to Taiwan and her meeting with Taiwan’s president definitely ratcheted up tensions between mainland China and the US. Taiwan has now become a key frontline state in the US-China rivalry. Suddenly, Taiwan Semiconductor Manufacturing Co, or TSMC, finds itself caught between two superpowers. TSMC makes more than half the world’s contracted semiconductor chips and is dependent on the US for its technology, while China remains pivotal to its future growth.

In more recent times, we have Japan and India to thank for being the strategic counterbalance between the rising dragon China and the American eagle. Against the backdrop of an unfolding global landscape, change is inevitable, unrelenting and overarching. Like the proverbial smart mouse deer (Sang Kancil), an open economy like Malaysia must learn to dance along with the behemoths of the international trading system, while making the required structural reforms in government and economy.

In this context, the Sang Kancil is known for its agility and wit. Strategy and timing are of the essence. As we dance along with the goliaths, we must be careful not to get trampled by them. Instead, we ought to play according to the accepted rules and reap maximum benefits. In the final analysis, while we actively participate in globalisation, we must at the same time ensure that our economic sovereignty is never compromised.

Samirul Ariff Othman is a widely quoted independent analyst. He was previously attached to a leading local think tank.