My Say: Hong Kong’s future is brighter than many think 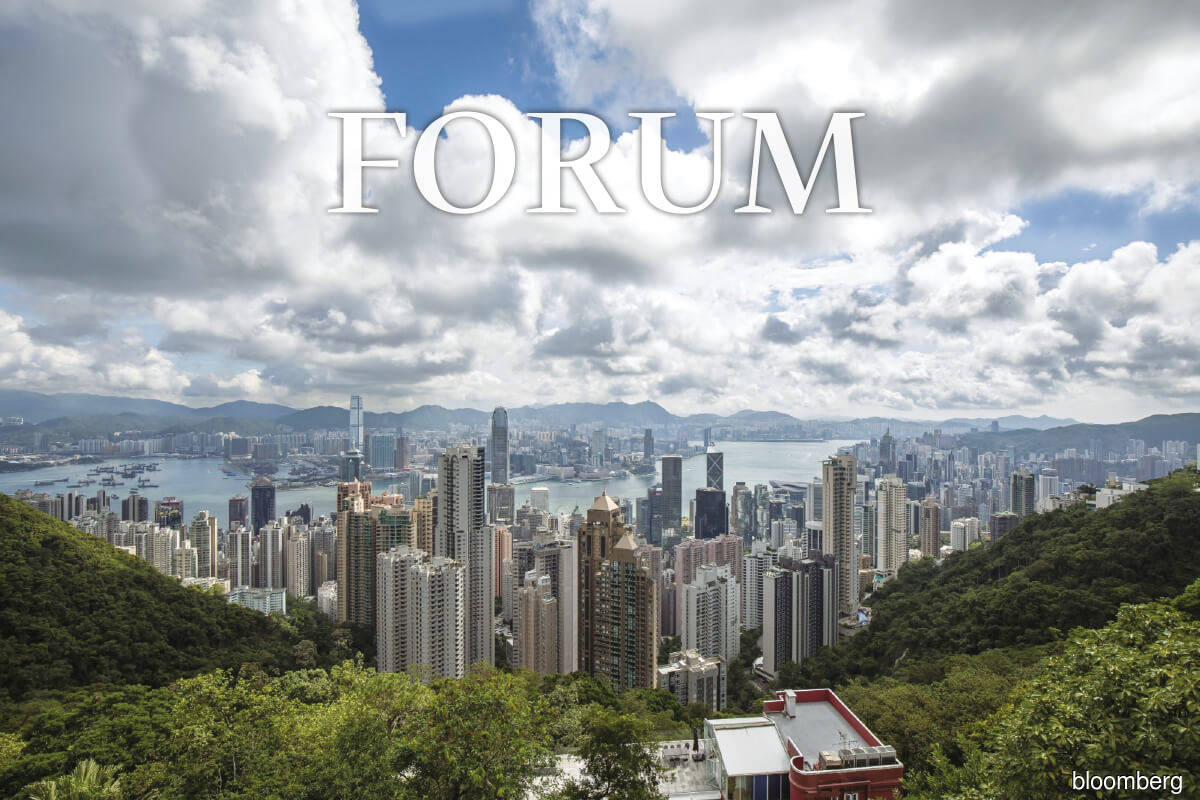 Hong Kong will not only preserve its global hub position but even be able to strengthen its position in some areas. (Photo by Bloomberg)

Hong Kong has endured much in the past two years, so it is not surprising that commentaries are being written about the impending death of Hong Kong. But as Mark Twain said of rumours of his own death, the death of Hong Kong is greatly exaggerated. The economic dynamo on China’s south coast has certainly suffered convulsions in the past two years. The anti-China protests paralysed the city for a while and the pandemic may have put its global hub at risk. More recently, China’s efforts to refashion the rambunctious city into a well-behaved model Chinese city has raised a fresh set of concerns.

Our view is that while it looks quite certain that Hong Kong’s unique character will change in ways that some observers will find sad, it is more than likely to remain one of the world’s pre-eminent hearts of commerce and finance — and give competitors such as Singapore a run for their money.

What are the challenges?

The principal reason why doubts have arisen about Hong Kong’s future is the political makeover it is undergoing.

Hong Kong reverted to Chinese rule in 1997 under the “One Country, Two Systems” model: it would be part of China but would retain an autonomous status, with its own partly democratic political system and its own currency, and as a separate trading entity, able to pursue free trade agreements and the like on its own. That is no longer the case; it is no exaggeration to say that for all practical purposes, Hong Kong is now closer to a One Country, One System model.

The mass protests of 2019 snapped China’s patience with Hong Kong’s political activism. In June last year, China pushed through a new National Security Law in Hong Kong, which paved the way for a crackdown on dissenters, many of whom have now been jailed. Others have fled the country. The media has been brought to heel and universities have been nudged to align their conduct with how the central government views things. With the purge of pro-democracy legislators, the Legislative Council will no longer be a place where critics or democracy advocates could find a haven. Hong Kong’s judiciary is still highly respected but earlier this year, the president of China’s Supreme People’s Court advised his counterpart in Hong Kong that he is being counted on to fully implement the national security law and help ensure that only patriots govern the city.

The political reforms since mid-2020 mark a profound change in Hong Kong, with serious implications. Hong Kong’s attractiveness as a global hub hinges on how it upholds the rule of law, its independent judiciary, the free flow of information within the city which enables businesses to know what is going on in China and elsewhere, and its ability to attract and retain talent. Some observers fear that the influence of Beijing’s government will grow to the point where independent institutions will no longer be able to protect these critical advantages that Hong Kong has over mainland Chinese cities.

The political changes could also reduce the city’s ability to secure top talent. The hard data for outward migration is not available but there is anecdotal evidence that many relatively young and educated Hong Kong people are departing. In the first two months after the UK eased immigration rules for Hong Kong people, 34,300 of them applied to settle in the UK, out of the 350,000 who are currently eligible. There are reports of schools losing students because of immigration. One commentator estimated that about 1,000 people were migrating each day. In addition, Hong Kong may not be able to pull in highly talented people from all over the world — a key requirement for a successful global hub. The growing tensions between China and western nations are making many expatriates feel less secure in Hong Kong. This was not helped by China detaining two Canadians in retaliation for Canada holding a prominent Chinese business person for possible extradition to the US. Over time, many talented expatriates may leave.

Those who are despondent about Hong Kong’s future also worry that mainland Chinese cities, especially Shanghai, might displace Hong Kong or at least eat into its market share of financial and business hub activities. After all, if Hong Kong were no longer distinctive but come to resemble just another Hong Kong city, much of this lucrative activity might just move to Shanghai.

These challenges are real but we would argue that Hong Kong still has much going for it. It will not only preserve its global hub position but even enable it to strengthen its position in some areas.

First, Hong Kong still has the key ingredient that really matters — a critical mass of interlocking activities that support and feed off each other. These include financial institutions and markets which manage trillions of dollars’ worth of assets, thousands of companies’ regional and other business headquarters, and the whole supply chain of high-value services that support these hub undertakings, just to list the most important. In addition, it has soft and hard infrastructure of the highest quality — from the body of laws to regulate markets and world-class regulators to a port and airport that are among the most efficient in the world.

Second, Hong Kong’s leaders and their mainland backers are determined to prove to the world that the changes underway will still leave Hong Kong as an enviable success story. Chief executive Carrie Lam’s policy address this month may not have won over all her detractors but it contained the seeds of the re-set that Hong Kong needs. The Northern Metropolitan Development (NMD) is an ambitious scheme to create a new growth zone away from the current focus on Hong Kong Island and the southern part of Kowloon. The NMD will create a massive new urban agglomeration abutting Shenzhen, to which it will be linked through road and rail connections and will eventually be home to 2.5 million people.

Lam also sketched out other initiatives to grow more engines of growth and to tackle Hong Kong’s perennial challenge of providing affordable homes to its residents. Given President Xi Jinping’s emphasis on “common prosperity” and ensuring that the common man gains equitably from economic growth, we could see the Hong Kong administration shift away from its traditionally hands-off approach and become more involved in nurturing the economy’s growth potential and to promote an activist housing policy as Singapore did so successfully.

Third, Hong Kong will play a critical role in developing China’s ambitious plans for the Greater Bay Area (GBA). The GBA will bring Hong Kong together with China’s technology capital of Shenzhen, Guangzhou, Macau, and the many ports and industrial clusters of the Pearl River Delta. With a population of 72 million and economy of around US$2 trillion, it will be one of the largest and most dynamic urban agglomerations in the world. Once the GBA is integrated through extensive high-speed roads and railways and the flow of people, goods, services and capital within the GBA becomes more seamless, there will be tremendous economies of scale and scope which Hong Kong can exploit — its competitors such as Singapore will not have anything similar in terms of a hinterland. Through the GBA, Hong Kong will also gain much deeper integration with China as a whole, enabling it to extract even more value from the continued growth of that US$15 trillion economy.

Finally, Hong Kong has other sizeable advantages. One is that the micro-foundations of its economy are strong. Hong Kong has a large number of indigenously-owned corporations of global scale such as Hutchison and HSBC, which can mobilise immense financial resources and leverage off their global positions to create value for the economy. It also can rely on the city’s extraordinary entrepreneurialism which nurtures dynamic small and medium enterprises. Its business and financial eco-system allows start-ups to gain scale rapidly. This means that once China and Hong Kong’s own government create the opportunities through the NMD, the GBA and no doubt many more initiatives to come, these companies will seize on the many synergies and opportunities that arise to create value for the economy. In contrast, Singapore’s micro-foundations are relatively weak.

In essence, the changes will pose difficulties for Hong Kong but also provide it with new opportunities.

So, at one level, it may lose some activities. For example, perhaps in areas such as arbitration work, which requires all parties to feel confident about the institutional underpinnings, we may see activity moving to a place such as Singapore, which has built strong foundations in that particular niche and has made impressive strides there. It is also possible that some large global corporations may move parts of their headquarters operations out of Hong Kong to Singapore or Sydney because young talented staff, particularly from western nations, may not feel secure living in Hong Kong. This could become even more of an issue should relations between China and the western powers deteriorate.

However, in other areas, we might see only some niches shift out, at most. Take wealth management as an example. Singapore’s distance and independence from China may give it an edge with some high-net-worth individuals. But the critical mass Hong Kong enjoys in finance, such as its immensely successful equities market, will still ensure that the bulk of activity remains in the special administrative region.

The new directions that Hong Kong is taking could also affect Southeast Asia in other ways. With the GBA and China’s growing interest in Southeast Asia, Hong Kong has the opportunity to become a bridge linking our region to China. Unlike other cities in China, Hong Kong has deep knowledge and understanding of Southeast Asia where its companies such as HSBC, Jardine Matheson and Swire Group have been operating for a century or more. In fact, engaging with Southeast Asia is an area where it has a competitive edge over its competitors in China. This could be important for the region. While China’s growth may slow given its demographic headwinds, the GBA is likely to continue booming and could be a huge market for our region. Hong Kong can play a helpful role in helping Southeast Asian companies access the GBA.

In short, expect quite a lot of change in Hong Kong, some of it discomfiting. But we should also expect Hong Kong to remain one of the most dynamic global financial and business centres of the world, and one which can play a beneficial role in our region.