My Say: Fiscal discipline is needed to spend more and for better reallocation of resources 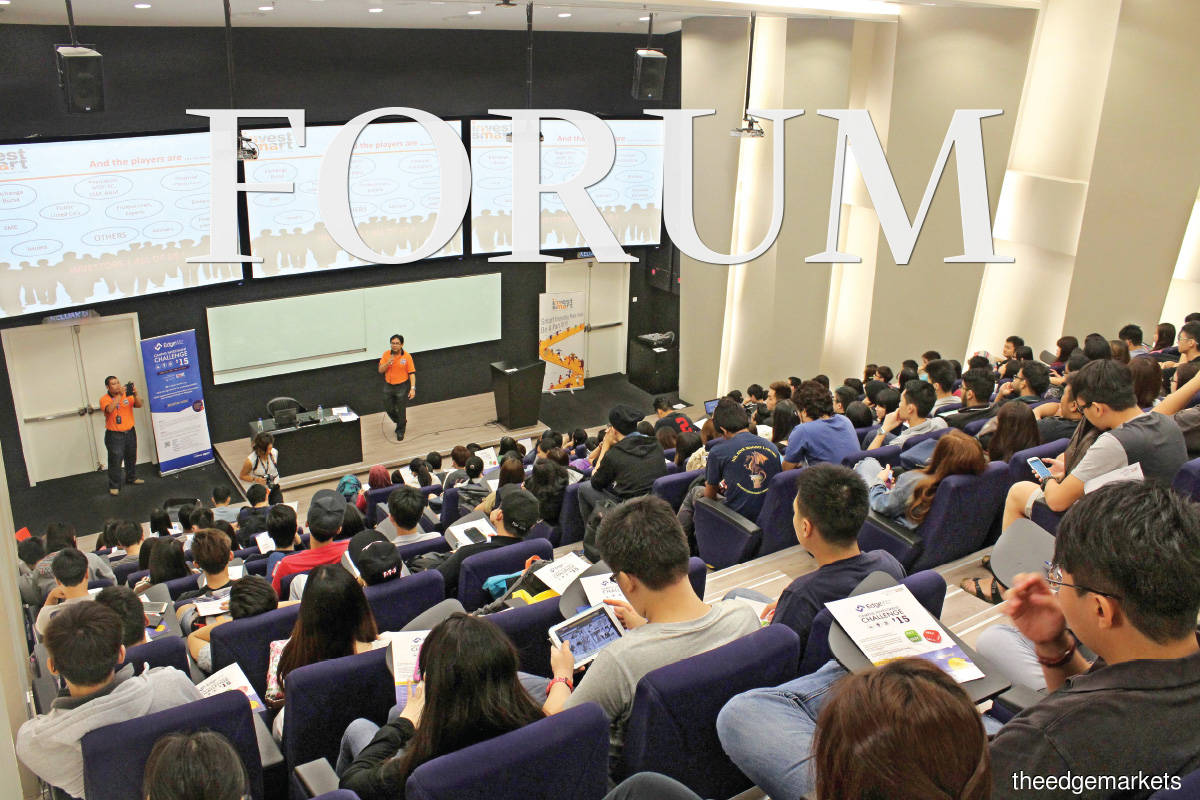 During the tabling of Budget 2020 at the end of last year, it was revealed that, as at June 2019, the total federal government liabilities amounted to RM1.17 trillion, or 77% of nominal GDP then. These liabilities were made up of direct debt of almost RM800 billion; the rest were obligations arising from government guarantees issued to the likes of 1Malaysia Development Bhd and other Minister of Finance (Incorporated) companies that depend on the Ministry of Finance to service their debts.

Given that the national budget has been in deficit since 1998, a trend that is likely to continue for some time, the government will have to keep borrowing more while servicing existing debts. Maturing debt will be rolled over, adding on to the existing amount of debt while increasing the cost of servicing the debt.

The Covid-19 pandemic will require even more government spending, putting more pressure on the already-challenging fiscal state of affairs. The economy will not recover quickly, and even getting back to 2019 levels of economic activity will take time after the availability of a vaccine.

Beyond what has already been budgeted, the pandemic and subsequent recovery period will require more expenditure to keep the safety net in place. More needs to be done and, given the fiscal constraints, the additional Covid-19-related expenditures cannot simply come on top of existing ones. The only available option under these constraints is optimisation — to be more efficient with the resources already in hand, which calls for a reallocation of resources.

We can think of economic efficiency as having two parts: how well you allocate resources to the different competing purposes; and how you use the allocated resources for the purposes intended. The government as well as companies make these decisions. The market — investors and customers — impose discipline on businesses. They punish and reward efficiency accordingly. The fiscal policy oversight is weak, however, and that discipline is somewhat missing. Parliament should be the primary platform to perform this oversight, but Members of Parliament (MPs) seem to be more interested in being part of the execution rather than oversight.

The Department of Statistics Malaysia (DOSM) Salaries and Wages Survey shows interesting trends that make a point on resource allocation. Looking at the past five years of the survey (from 2013 to 2018), it is observed that, while the mean salary is still a third more than the median salary — an indication of the inequality of salary distribution — the growth rate of median income is outpacing that of mean income.

This suggests that, although there is marked inequality, there is a trend of some convergence between the mean and median during the five years, an indication of reducing inequality. The median and mean monthly salary pairs in 2013 and 2018 were RM1,500/RM2,052 and RM2,308/RM3,087 respectively, which suggest a compound median and mean growth rate of 7.45% and 7.04% respectively.

If we look at just those with tertiary education for the same period, we see the same pattern of uneven distribution in that the mean salary exceeds the median salary. But the trend is the reverse of what is observed overall — there is increasing divergence between the mean and median.

On a per capita basis, taxpayers spend 45% more on a university student than on a school child. Yet, we get the salary picture discussed earlier. Even on development, Budget 2020 showed that public universities altogether received RM2.43 billion in development expenditure compared with RM2.13 billion for primary and secondary schools combined.

A Unesco report looking at the proportion of those aged above 25 with an undergraduate degree shows Malaysia at 16.4% in 2010 — a high number, higher than the same proportions in countries such as Germany (13.7%) or Finland (11.4%), which have some of the best, if not the best, education systems in the world today.

The conclusion is obvious: We are spending too much on public universities without getting the intended outcomes. Either that, or we are not spending enough on basic education provided by primary and secondary schools. One can argue that basic education is a pure public good while most of what we consider university education has characteristics of a private good.

Allocation decisions have been influenced by political as well as procurement considerations. Every state wants to have its own university and, once a university is established, there will be clamouring for the setting-up of branch campuses in the states. Every minister or chairman of a statutory body wants one in his or her constituency. This twisted logic and poor controls and oversight are the reasons we ended up with 22 public universities and their branches when we have only 13 states!

This is true not only of universities but for most development spending. For example, government departments and statutory bodies all want training centres for their staff. After getting a national centre, there will be requests for regional and state centres. We end up with assets that are underperforming and underutilised but require operating budgets.

The growth in capital expenditure will be followed by the growth of operating expenditure. Even dormant assets require maintenance, which is a waste of public funds. Beyond this wastage is the more important question of the functioning of the entities themselves. If there are to be training centres, how efficient and effective are they? If there are to be universities, how effective are they?

The DOSM survey showed that graduate salary growth lagged behind overall growth and that there was wide variability in the quality of graduates among the universities and poor overall returns to these expenditures, and the budget numbers suggest that we are overspending on public universities, perhaps at the expense of basic education.

There has been the need to rationalise public spending in the light of the constraints on revenues and the bloating government debt since at least the 2008 global financial crisis, but such decisions require political will and leadership. In a period of constraints, allocation efficiency must be improved — how much to allocate and for what purpose? Even when this decision is done right, there should be production efficiency — how best to utilise the funds? The public universities example points towards allocation inefficiency. Production inefficiency is a function of value management, which can definitely be improved in the public sector.

The government may have to pay a high political price in doing so, but it would go down in history as having done the right thing. Somewhere in that mix of self-interest, self-preservation and expediency in politics must be something about doing the right things right.

Dr Nungsari A Radhi is an economist. The views expressed here are not related to any of his organisational affiliations.