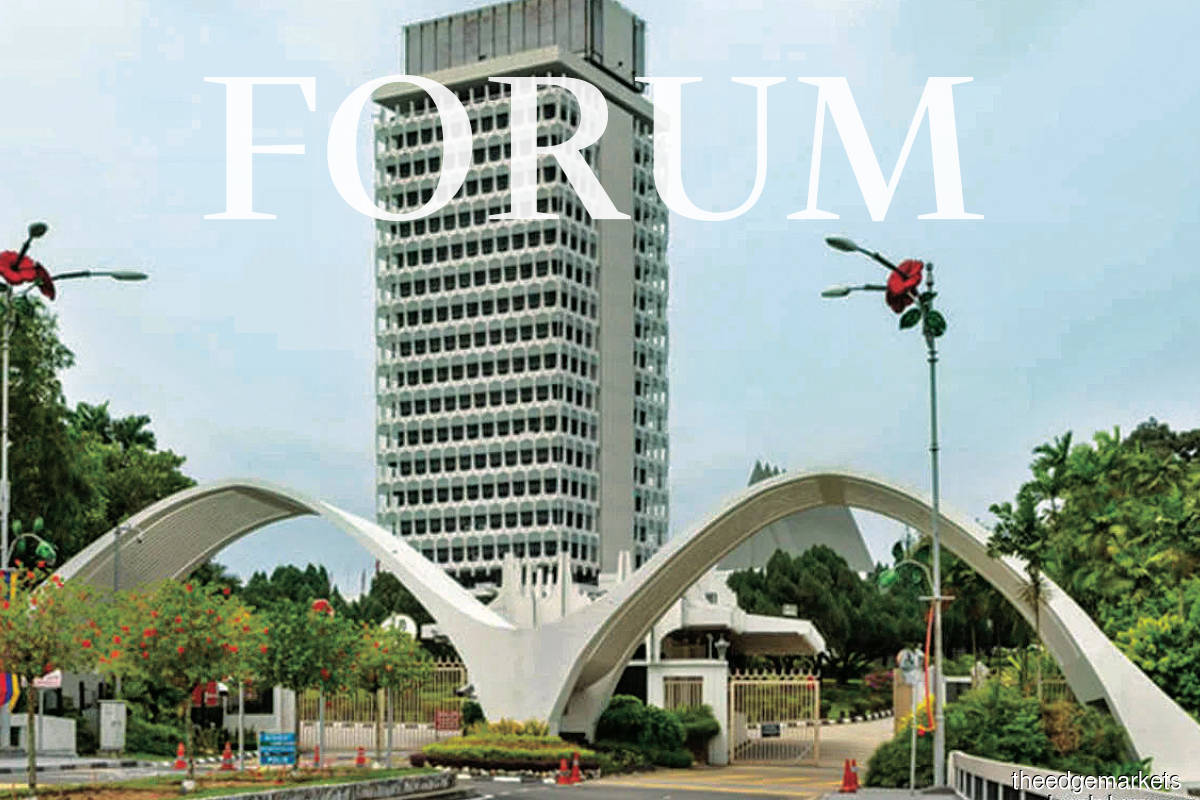 In a fixed-term parliament arrangement, the power to request for early dissolution is transferred from the prime minister to parliament, while royal power to withhold assent remains untouched (Photo by The Edge)

Since Datuk Seri Ismail Sabri Yaakob took the helm as the country’s ninth prime minister, I have been frequently asked by investors and fund managers about the possible dates of the next general election.

This is nothing new for Malaysia. Tun Dr Mahathir Mohamad in his first stint as the fourth prime minister liked to tease the nation with this guessing game.

The decisions of millions — from investors and fund managers planning their portfolios to policemen and teachers planning their family holidays — were hinging on one man’s playful “inspiration” for when to call the election.

The new thing is that the prime minister now may not even know the date, as his rivals would try to push him at every window, and he would try to resist as long as possible. It was September or November a month ago. It is now November or next March. But it may well be next August or September if the 14th Parliament runs its full term till July 15 next year.

So, what do ministers do during this uncertainty? Attend to their portfolio to collectively manage the triple-E crisis of economy, endemicity and environment? Or plot their survival in their party and constituency?

What can be more detrimental to our economy and society than to continue subjecting the decisions of millions — concerning assets valued in the billions — to the whims of a few?

The solution is straightforward, and the business community must be bold in speaking up for it: a fixed-term parliament (FTP).

A government should serve the full term unless it loses parliamentary majority, or a parliamentary super majority decides to cut short parliament’s term.

A predictable electoral calendar is good for the economy and society because politics has enough drama and does not require more suspense and surprises.

By design, presidential systems have their elections on a fixed date because presidents and congress are expected to serve full terms. Since 1845, Americans have been voting on a Tuesday during the Nov 2 to 8 period every four years. No surprises, inspiration or crystal ball is needed.

But this can also be done for parliamentary governments, with exceptions allowed for extraordinary circumstances.

In Germany, the Bundestag (Federal Lower House) is expected to serve 36 to 48 months. Without legally fixed dates, German federal elections have always been held in the second half of September since 1994, at four-year intervals, except for the snap election in 2005.

In New Zealand, general elections have been held from September to November every three years since 2005.

Imagine that you are an investor in Canada, Germany or New Zealand, and political changes (or continuity, if voters so choose) are scheduled events. How much easier would your life be?

So, why can’t we have that in Malaysia?

We can. We just have to ditch this old idea that the prime minister has the power to freely request for early dissolution, to the extent that this was contemptuously framed as a matter of “inspiration”.

The core feature of the parliamentary system is the fusion of legislative and executive powers, with one popular election. Voters only get to vote for parliamentarians, who then indirectly or informally select the prime minister as the chief executive.

Traditionally, the prime minister’s prerogative to seek early dissolution is used liberally to seek re-election when he is popular, even if there is no risk of losing parliamentary confidence.

This gives government parties considerable advantage, to strike at the obvious expense of the opposition.

If election cycles cause policy inconsistencies — candies before elections and bitter pills afterwards — such flexibility to determine the length of the electoral cycle certainly makes the situation worse.

Hence, economic fundamentals lose out if the government as the dominant player can control the whistle and decide when the game should be over.

In Malaysia, the early election game was stretched into a psychological warfare to catch the opposition off guard.

The solution to this abuse of incumbency advantage should not be royal wisdom. In normal circumstances, a constitutional monarch is expected to not make political decisions or stand in the way of politicians, even though the king constitutionally has the absolute discretion over his assent on early dissolution.

In a FTP arrangement, the power to request for early dissolution is transferred from the prime minister to parliament, while royal power to withhold assent remains untouched.

If parliament does not withdraw its confidence in the prime minister or resolve with a two-third majority that it should be dissolved early, then it should serve for a full term.

This would reduce the frequency of elections, preserve the electoral cycle and end the general elections guessing game that makes life difficult for everyone — from tycoons to police sergeants.

To be permanent, FTP should take the form of a constitutional amendment. However, as a start, we just need this to be made a new constitutional norm, explicitly agreed upon rather than happening by circumstance.

For all the talk of an early GE15, it may happen only in mid-2023 or very close to that, as if Malaysia is having an FTP. Why?

With the latest exposé of his secret memorandum of agreement with Bersatu, Ismail Sabri’s chances of continuing as prime minister — or winning a party election before GE15 — is getting slimmer by the day. Neither he nor Umno-in-PWTC believe the BN poster boy promise.

And there is no sign that Ismail wants to step down before Feb 10 next year, overtaking Tan Sri Muhyiddin Yassin’s record of 539 days as prime minister. What else can he lose?

Most of all, neither can Umno afford to sack him for delaying the polls, nor can Bersatu afford to pull out from his government for not getting the deputy prime minister job. Doing either would not immediately end Ismail Sabri’s term or usher in GE15. Instead, it might create a second Ismail Sabri government, one explicitly backed by PH. Can Umno or PN bear to see PH returning to the government’s bench and enjoying incumbency’s advantages they have fought so hard for?

Then, what’s the difference between a default FTP caused by Umno’s inability to force an early election, and an FTP explicitly negotiated by Ismail, Umno, PN and GPS? Time lost.

If an FTP is successfully negotiated, a cabinet reshuffle would be inevitable, and with a longer time horizon for elections, we would at least have ministers — hopefully more competent ones too, and scrutinised by an empowered parliament — working on their portfolios to manage our triple-E crisis.

Each day we ask when GE15 would be held is a day lost. Haven’t we lost enough days already?

Wong Chin Huat is a professor at Sunway University. He studies group conflicts and political institutions, including electoral systems and parliamentary democracy.