My Say: Do investors really need to worry about inflation? 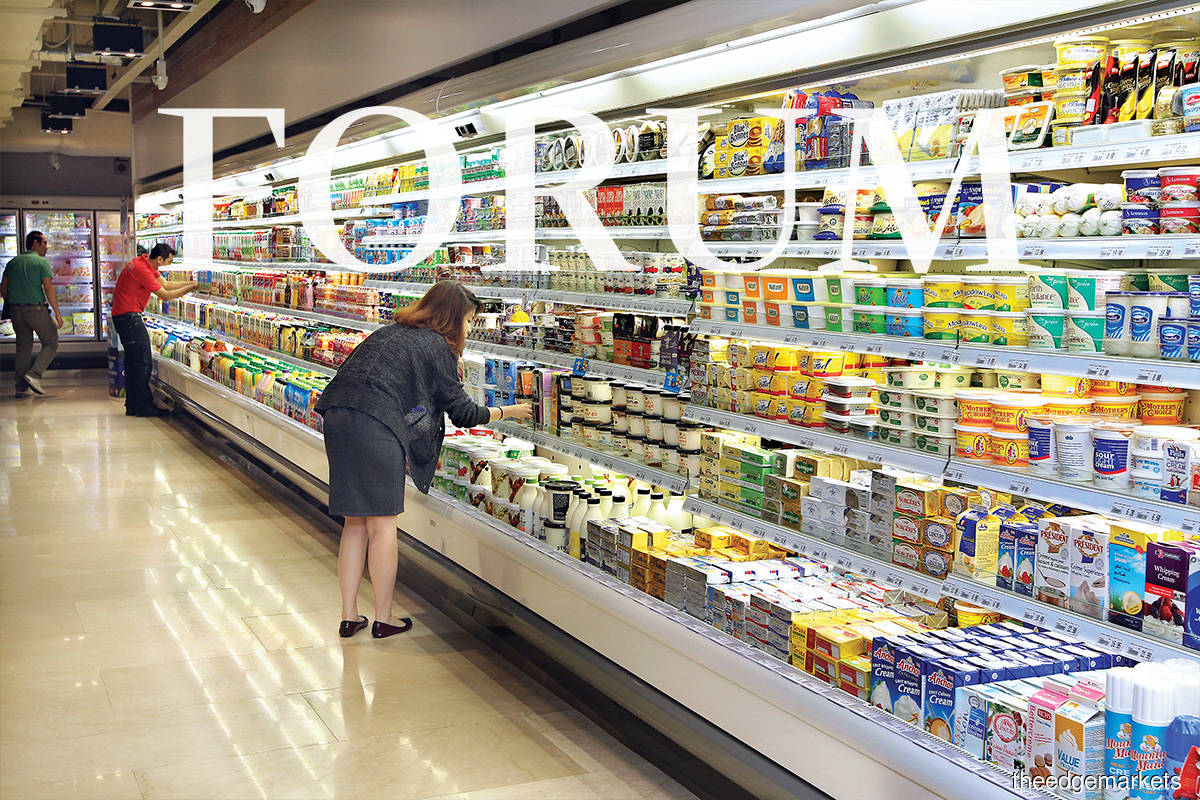 One of the most important questions in financial markets today is inflation. Over the past few months, investors have begun to worry that ultra-loose monetary and fiscal policies will trigger a sharp and persistent rise in prices across the board around the world once the worst of the pandemic is over. It is really crucial to know whether these fears are valid or not because rapid price increases could trigger all kinds of problems. For a start, just the fear of central banks raising interest rates could cause sharp corrections in financial markets. Yet, it is difficult to be sure that we will indeed see inflation raging in our midst. After all, economists are squabbling over what really causes inflation and cannot agree on how much inflation risk there is. Our take is this. First, it is wrong to fixate on inflation alone. Imbalances appear not just in the form of rising prices but also as swelling external deficits or dangerous bubbles in financial or real estate markets. Second, even if policymakers have made serious misjudgements, there could still be countervailing forces that reduce the risk that these imbalances will really emerge. Our bottom line is that investors may be worrying about the wrong thing — we are not likely to return to the bad old days of high inflation that people of my generation suffered in the 1970s. At worst, we will see episodes of inflation that eventually peter out. But we could see really troublesome levels of current account imbalances while speculative frenzies in financial markets may well produce sharp and painful corrections in asset prices.

Understanding when inflation is a problem

Let’s first understand what inflation is and when it becomes a real problem for markets and policymakers. Inflation occurs when there is a general and persistent rise in price levels; that is, when most prices in the economy are rising roughly in sync. If oil prices rise or if lumber prices soar or if freight charges spike up, that is not “inflation” — that is simply the rise in the price of oil or lumber or freight relative to other goods or services in the economy. It is when prices in general are rising that alarm bells should ring.

We can live with some degree of inflation. In the 1950s and 1960s, inflation was generally low, rarely rising above 2% in developed economies. Most central banks nowadays want to see inflation of around 2% a year. It is only when inflation accelerates to well above that rate, say sustaining above 3% or 4%, that we have a problem. The 1970s inflation taught us a salutary lesson — once inflation starts rising above that level, it can accelerate to double-digit rates and can be difficult to bring under control. That period also showed that such rates of inflation tend to cause dislocation in the economy and instability in society. Unpredictable price increases hurt business confidence and scare away investment for growth. Moreover, the impact on ordinary folks can be quite bad since many are on fixed pensions or salaries, whose purchasing power can diminish quickly with persistent inflation. That was why the 1970s saw labour disputes, strikes and protests of all kinds. Hence the continuing determination among mainstream central bankers to take pre-emptive measures to ensure that inflation remains under control.

What would it take for inflation to become a problem?

We are certainly going to see higher inflation in the coming months. The early months of the pandemic last year saw prices fall, so it is not surprising that, as things normalise, prices rebound compared with their year-ago levels. In Singapore, which has generally managed inflation very well, prices are now rising modestly compared with where they were a year ago.

But in the US, consumer price inflation in April spiked up to 4.2%. The key question is whether that was a blip or whether such high inflation becomes entrenched in the US or elsewhere. For that to happen, demand must exceed supply persistently. Some would argue that the rapid growth of money supply globally could translate into such excess of demand over supply that prices will rise. In fact, the data does show that global money supply growth is rapid though it does not seem to be accelerating. But inflation expectations have now accelerated to levels last seen before the global financial crisis. Other estimates show that the level of fiscal stimulus that the Biden administration plans for the US economy will more than use up all the spare capacity in the US economy by next year. After that, the continued fiscal boost planned would create excess demand and so result in high inflation.

What’s more, all this extra demand will be on top of the pent-up demand that is likely to be released as the pandemic in the US comes under control (as it appears to be). There has been a massive rise in household savings in the US as the average American saved the large government handouts he or she received, savings that will eventually be spent, raising demand. And once the economy shows it is recovering strongly, businesses that have held back on capital spending will rush to invest as well. So, there is a good chance of a strong spurt in demand in the US.

Some economists argue that this cyclical burst in price growth could be worsened by structural factors. They point to how some factors that helped keep inflation low for the past three decades no longer apply:

Reversal of the China factor: As China opened up its economy in the 1980s and especially after it entered the World Trade Organization in the 2000s, manufacturing production shifted from the high-cost rich world to low-cost China. That huge shift in supply chains kept goods inflation low. But, today, rising Chinese wages and worsening trade and technology wars limit and perhaps could even reverse this China effect.

Inflation set to rise but unlikely to surge dangerously

So, it is possible to make the case for excess demand and higher inflation, at least in the US. But we still remain unpersuaded that this necessarily means persistently higher inflation for the following reasons:

First, we do not have the same level of monetary and fiscal looseness elsewhere in the world that we have in the US. In fact, China is already beginning to tighten monetary policy.

Second, there is still a lot of excess capacity outside the US. In these circumstances, excess demand in the US will simply go into higher imports of goods from the rest of the world, causing its external deficit to widen. There will still be higher services inflation in the US since many services cannot be imported but the overall rise in inflation may not be so dangerous.

Third, a key element in an inflation spiral is accelerating wages. But, even in the US and certainly in Europe and elsewhere, there remains considerable slack in labour markets. Most forecasters do not expect unemployment rates to return to pre-pandemic levels until the end of 2022. Until then, we suspect workers will be cautious in their wage demands, thus limiting the kind of wage-price spiral that feeds into rapid inflation.

Fourth, much hinges on how companies respond. Right now, even as raw material prices and freight charges have risen, companies have hesitated to pass on the full impact of cost increases. In the US, companies have built up a strong buffer of profitability that will allow them to absorb cost increases: the share of profits in GDP rose from around 30% in the 1970s to 39% more recently. US firms can also invest in productivity-enhancing new equipment and software — that would raise labour productivity and so reduce unit costs. In fact, that has been the pattern of response to cost increases since the 1990s. Even if the current progressive shift in policy in the US brings about higher minimum wages and strengthens the bargaining power of workers, we believe that the extraordinary gains in productivity promised by new technologies that are now taking off will help limit a wage-price spiral.

Pulling all this together, our view is as follows:

In the near term, we could see a few months of higher-than-expected inflation in the US as supply bottlenecks and the release of pent-up demand stir price pressures. But the rise in inflation elsewhere among the big economies of Europe, China and Japan will probably be more muted. After this spike in inflation, though, we see US inflation falling back to around 2% to 2.5% over 2022, not enough to cause alarm.

Over the next couple of years, we are likely to see a period of excess demand in the US but a lot of that extra demand will be spent on imports. With the US economy likely to grow faster than its developed-economy trading partners, the US current account deficit is likely to swell and the US dollar come under pressure. US politicians will not blame their policies for this growing deficit; the blame will be placed on successful exporting countries such as China, Germany, Japan and other East Asian exporting nations. That could result in more protectionist measures by the US.

In addition to excess demand in the US, we also see excess liquidity. We do not expect the US Federal Reserve to rush into normalising its ultra-loose monetary policy. Thus, while financial asset prices will be volatile, they will continue trending up for a while, interrupted by episodes of anxiety over changes in Fed policy. There is a reasonable risk that low interest rates and plentiful liquidity will encourage even more speculative excesses and unsustainable valuations. But at some point, this liquidity-fuelled asset run must end.

In short, it is going to be a bumpy ride for our region. Global demand will be boosted and that should promote our recovery from the pandemic. However, Asian policymakers will need to be proactive in anticipating and mitigating likely US protectionism. Financial markets will be nervous, though, producing swings in capital flows in and out of our equity and bond markets. At some point in time, a sharp financial correction will become more likely.