my Say: Beyond the Emergency 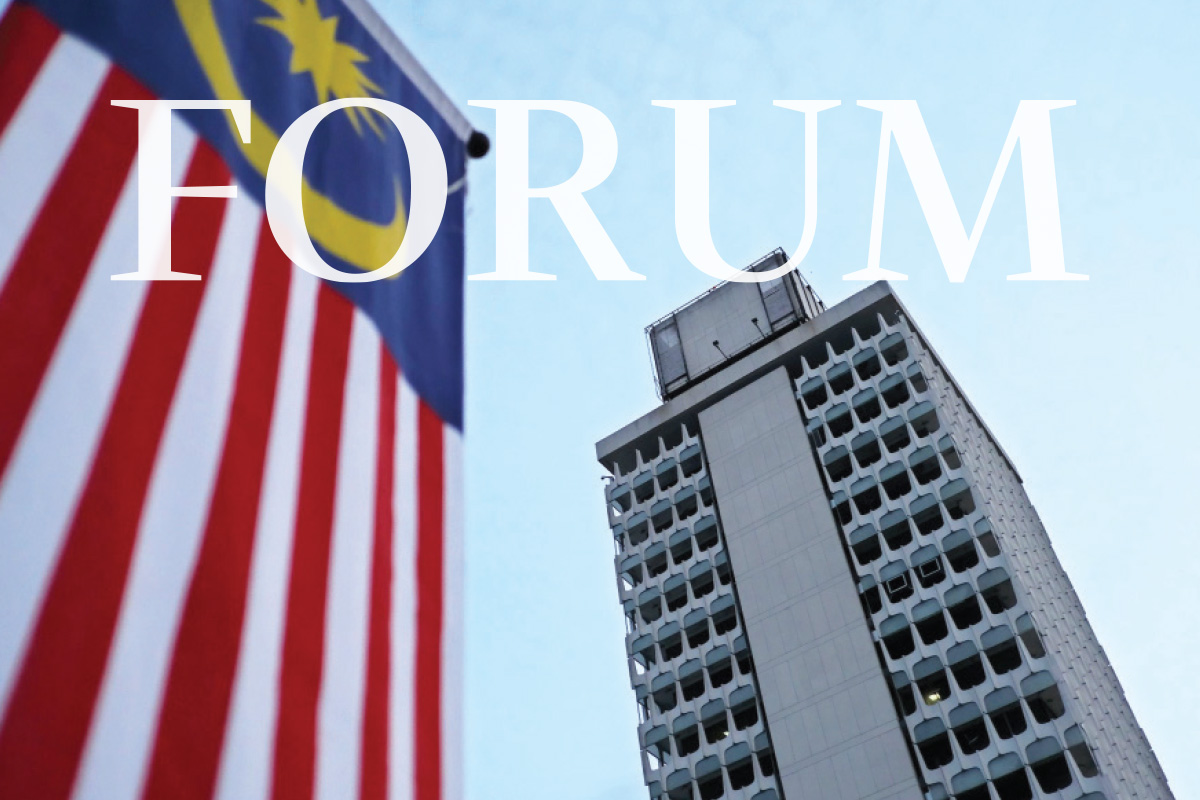 We have to propagate the idea that the electorate votes for candidates by evaluating their individual attributes — their values, beliefs and what they want to bring to their party and to parliament as individuals

The declaration of Emergency on Jan 12 points to a failure of institutions in the country, not just political and administrative failures but a broader societal failure. The constitutional provision to suspend parliament, effectively suspending the Constitution itself, is the ultimate realisation that institutions have failed. It is a failure whatever the reason or justification used.

It is fashionable to denigrate politicians and politics as if they were apart from society at large. Even politicians get into the act of characterising their opponents as troublesome and saying politics would be better off without them. But politics, political leadership and the administrative capabilities of the government are ultimately a reflection of society at large.

We are a democracy and we elected the political leaders in parliament today, so we, the electorate, bear a sizeable share of the blame for this. As Pogo the cartoon character once said, “We have met the enemy and he is us.” So, this failure of the institutions of government is a collective failure. We have failed to protect the trust and goodwill to make things work after more than 60 years of independence.

There is, therefore, a collective calling that we address this seriously. Politics and government are matters too important to be left just to the politicians to solve. Malaysia is showing ominous signs of decline and this Emergency declaration episode fits a troubling pattern that goes back a couple of decades.

The recent sovereign downgrade by rating agencies is an assessment of the present sovereign risk. The fact that both the economies of Singapore and Vietnam have surpassed ours in size, relegating us to sixth place in Asean, is an indication of the trend of growth over the last 20 years. So is the declining rate of investments in the production capacity of the economy over the last decade. There are also increasing and glaring inequalities as a result of how skewed the benefits of growth have been distributed. And there are serious environmental degradations that are beginning to affect lives and livelihood.

Our growth has been at decreasing rates, punctuated by economic crises, beginning with the 1997/98 Asian financial crisis, followed by the 2008 global financial crisis and now the Covid-19 pandemic, with every one flattening the previous growth trajectory. The pandemic is a much more severe crisis than any we have experienced before, and like the pandemic itself where we have to break the rate of infection of the virus, for the economy too, we have to break the downward growth trend before it goes down the slippery slope towards decline, rather than just slower growth.

Countries can fail, like companies always do. The difference is companies are wound up well after employees and management are fired. Chances are shareholders would have taken whatever they could take out and the liquidation process is just to determine what creditors can recover. Entrepreneurs and investors can start again, and they can start employing resources again, but countries are not like companies.

One key difference between companies and countries is that for countries, the investors, management, employees, suppliers and holders of liabilities are the same group of people — the people. When a country fails, everyone remains where they are but there is a loss of security, economic security included, and an environment that is increasingly difficult for people to pursue their livelihood and improve their quality of life. It does not need to come to war and civil strife for these to manifest themselves. A failure of a country means the people of the country have also lost social cohesion and the common purpose of calling themselves citizens.

Before the start of World War I, Argentina was ranked among the 10 richest countries in the world, ahead of France and Italy, among others. In the century since, it has slid down the path of decline characterised by numerous military coups, hyperinflation, massive currency devaluation and defaults on its debts. There are various reasons why this happened but it remains an example of how a rich economy has declined.

Today, it maintains delusions of what it once was, but has been surpassed even by some of its neighbours, and is no more the aspiring high-income economy it once almost was. I see some uncanny parallels between Argentina and Malaysia, especially in the over-reliance on natural resources and the inability to modernise the economy. The distinct difference is our ability to attract foreign direct investment to the manufacturing sector, but this has also dwindled.

There are many examples of countries that have declined far more dramatically than Argentina. What has happened to Venezuela is a recent example of the collapse of an economy that was once doing well. Without going into the debate of which comes first, countries such as Argentina and Venezuela saw the downward spiral as one where political upheaval and economic decline fed on each other. Therefore, unless something changes to break this decline, we may share the same fate of countries that could have but did not achieve stable growth towards becoming a mature modern economy.

So what can we do? We must begin with the things we should not do. To start with, we cannot be apathetic; to switch off and live in our cocoons hoping for things to sort themselves out somehow. Things will not sort themselves out, they never do. Either we be a part of shaping the dynamics of change or we live in the dynamics we find ourselves in. Second, we cannot be resigned to a sense of futility, that nothing we do will matter. All waves of change come from the convergence of small ripples of hope by single individuals. So, the action and decision of everyone matters.

The third is to not adopt a partisan stance. This should be about what is good for the country, not for any particular political party. Partisanship is inevitable in the political marketplace, but this exercise is not located in that market. This is in the marketplace of ideas, further upstream than the actual political marketplace.

So, based on those three principles of what we should not do, what then should we do?

1.     We should start with the truth; tell the truth and decide based on the truth. What we do should be based on facts and the testing and use of those should be guided by proper rigour and knowledge. Those facts will show the declining trajectory and the likely outcome of a “more of the same” policy regime. The facts will show the inequalities that have emerged, and who has been affected and who has benefited. These facts will establish the scenarios and provide the proper perspective for solutions later on. For example, if our future lies in our ability to be competitive globally and that competitiveness can only come from an emphasis on excellence and competition, then institutions should reflect that.

2.     While establishing what has happened and what can possibly happen, we should move on to what needs to be done. We cannot get stuck and distracted by whose fault it was. Too many attempts at reconciliation and reform fail because they cannot get past blame apportionment. On that same basis, the possible solutions should also be neutral in that nothing and nobody is indispensable, just what is best for the country.

3.     Lastly, we need a new script that can form a national compact, one that most of us can agree on. Concepts. Maybe just a slogan explained by a couple of paragraphs. An “e pluribus unum” (“Out of many, one” — a traditional motto of the US) or a “bhinneka tunggal ika” (Indonesia’s “Unity in diversity”). Our “bersekutu bertambah mutu” has been there since 1957, but it lacks emotion and represents an outcome rather than a means to get there. We will not agree on how to achieve results, which is not an unhealthy situation, but we must be united in what we believe the country stands for. I believe we already have it — the Rukunegara document. It is constitutional and just needs to be revived.

To follow through on the non-partisan nature of these ideas, the next time we have the opportunity to vote, we should look at what the individual candidates have to offer by way of these criteria, not the jerseys they wear. We have to propagate the idea that the electorate votes for candidates by evaluating their individual attributes — their values, beliefs and what they want to bring to their party and to parliament as individuals.

We should move away from party platforms and manifestos as political parties themselves are evolving in terms of what they stand for and say. Recent history has also shown that these are hollow words anyway. Elected representatives do not exhibit party loyalty and parties too lack loyalty among themselves and, of course, many politicians behave in total contradiction of the values their parties are supposed to represent.

We must believe that if we elect good individuals, then the parliament that is elected will be good for the country and will do something to avoid this spectre of decline.